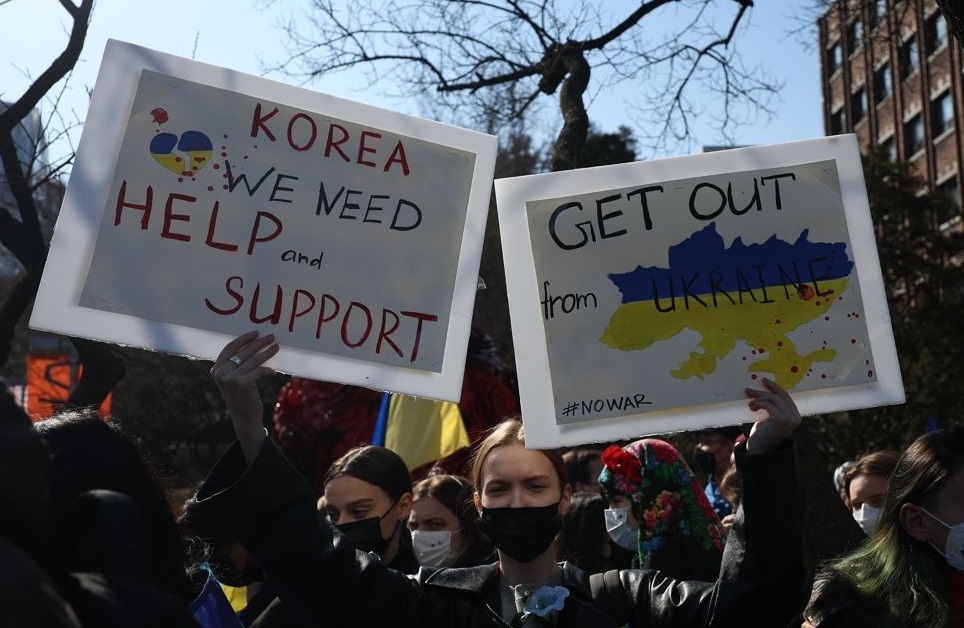 Ukrainians residing in South Korea hold a rally to call on Russia to stop its invasion of their country in front of the Russian Embassy in Seoul in February. (Yonhap)
South Korea is considering boosting assistance to Ukraine, Seoul's top trade official said Wednesday, as Western countries provided weapons and other support to help Ukraine defend against the Russian invasion.

"We are considering continuing to expand assistance to Ukraine," Trade Minister Yeo Han-koo said during a virtual meeting with trade chiefs from around 17 nations, including Ukraine, Germany, France, Australia and Japan.

He said South Korea will join hands with the international community and maintain close coordination for a quick resolution of the crisis.

The videoconference, proposed by Britain, was meant to discuss ways to support Ukrainians and their country's economy.

South Korea has banned exports of strategic materials to Russia and joined the multinational move to exclude Russia from the SWIFT global payment network.