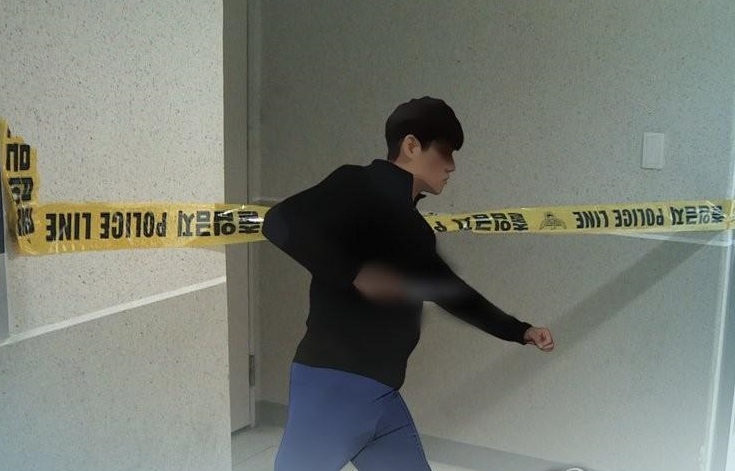 On Sunday, the Jeonju District Court delivered a 20-year prison term to the foreigner charged with killing his female coworker’s Korean husband, according to court officials.

It was the Korean term “agassi” that triggered a fistfight between the two men of different nationalities, which eventually turned deadly.

On Sept. 6 last year, at around 10:00 p.m., the Chinese national turned on the Chinese-to-Korean mobile translation app while drinking with the couple and said, “Let’s hang out with sister (his female coworker) again some other time,” in his mother tongue.

In Chinese, the terms include “jiejie” for females and “gege” for males.
But as soon as the mobile app translated the Chinese term “jiejie” into “agassi” instead of “noona,” the husband got outraged and started to punch the Chinese man in the face several times.

To avenge the humiliation he received in front of his coworker, the foreign national stabbed the Korean man to death near the victim’s house at around 2:00 a.m. the next day. The Korean man was taken to a hospital but died a short time later. The murderer turned himself in to police.

So what’s wrong with “agassi”?

According to the dictionary of standard South Korean language, the term “agassi” has three definitions.

First, it refers to a young, unmarried woman. In general, single women in their late 20s or 30s are called agassi in Korea.

The term is also used to describe a husband’s younger sister, regardless of her marital status.

By definition, it seems appropriate to use the term to refer to noble young ladies or to a man’s female siblings. But in some cases, it represents a group of women working for clubs, bars, room salons and other nightlife establishments.

For instance, when you’re having a drink with friends at a bar, the term is likely to refer to the female bar hostess or women offering sexual services.

This explains why the Korean victim felt insulted when the murderer called his wife “sister” in Chinese, which was translated into “agassi” by the mobile translation app.

Following the latest murder case caused by a language barrier, some foreigners have begun to learn the social context of Korean words.

“Besides ‘agassi,’ there are some slang terms that describe certain groups of people like ‘ajae,” referring to middle aged men. I plan to spend more time on understanding the socially agreed-upon meanings of Korean words to prevent misunderstandings,” said Dave, a 26-year-old British graduate student at the Hankuk University of Foreign Studies, who studies Korean language and culture.