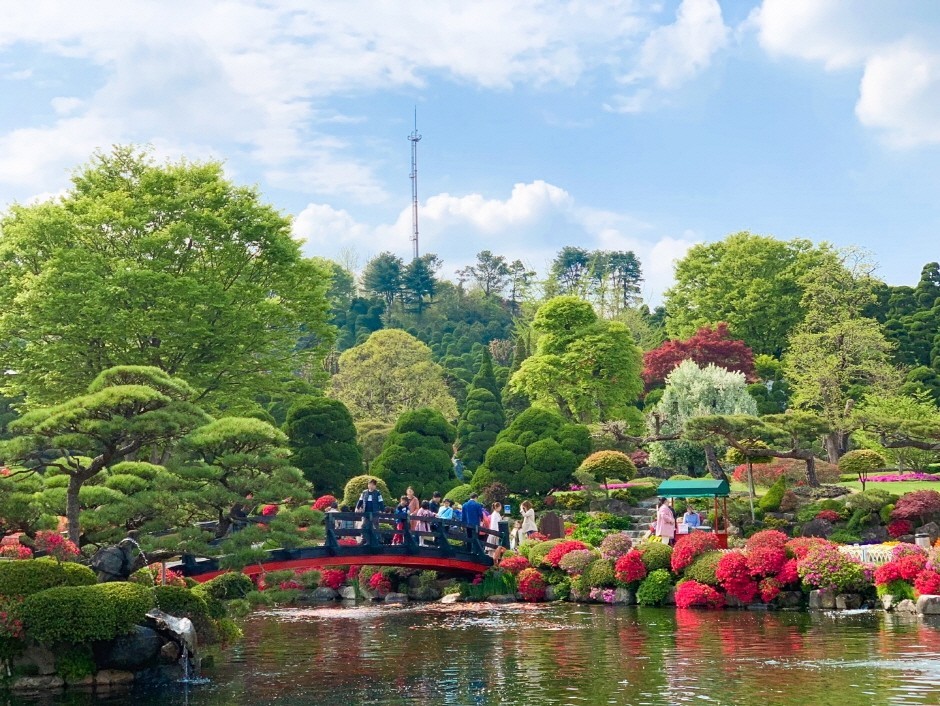 The Beartree Park’s Royal Azalea Festival, which started from April 14, will run through May 8 at Beartree Park in Sejong.

After the cherry blossoms and plum blossoms fell off, the azaleas are dressed in red, white and purple, creating some colorful sceneries across the park.

The park welcomes the flower-loving visitors of all ages from 9 a.m.

The festival offers an additional program called plant repotting experience, where participants can learn how to repot houseplants on their own.

More information can be found at www.beartreepark.com. 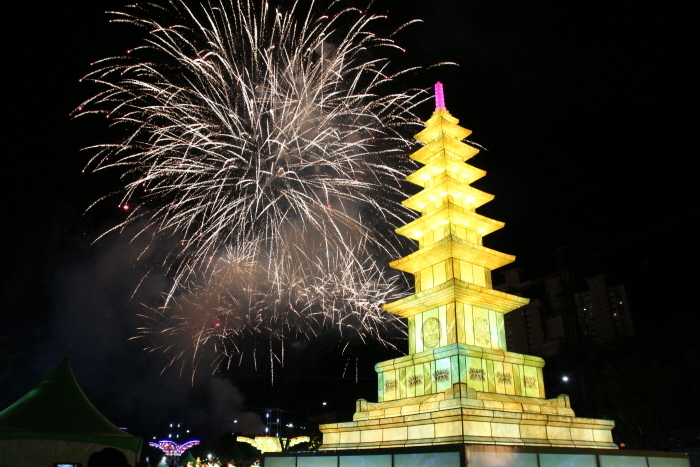 The Busan Lotus Lantern Festival will be held at Songsanghyeon Plaza and Busan Citizen’s Park in Busan from April 22 to May 8.

Sponsored by the Busan Buddhism Association, the annual festival offers visitors an opportunity to experience Buddhist culture through many activities and hands-on experiences, including a lotus lantern-making program, temple food meals, or gongyang, and more.

In celebration of Buddha’s birthday, various types of lotus lanterns are on display.

The main highlights of the festival are the Grand Buddhist Ceremony and the Lotus Lantern Parade that usually draw many spectators regardless of their religious beliefs.

More information can be found at www.bba48.or.kr. 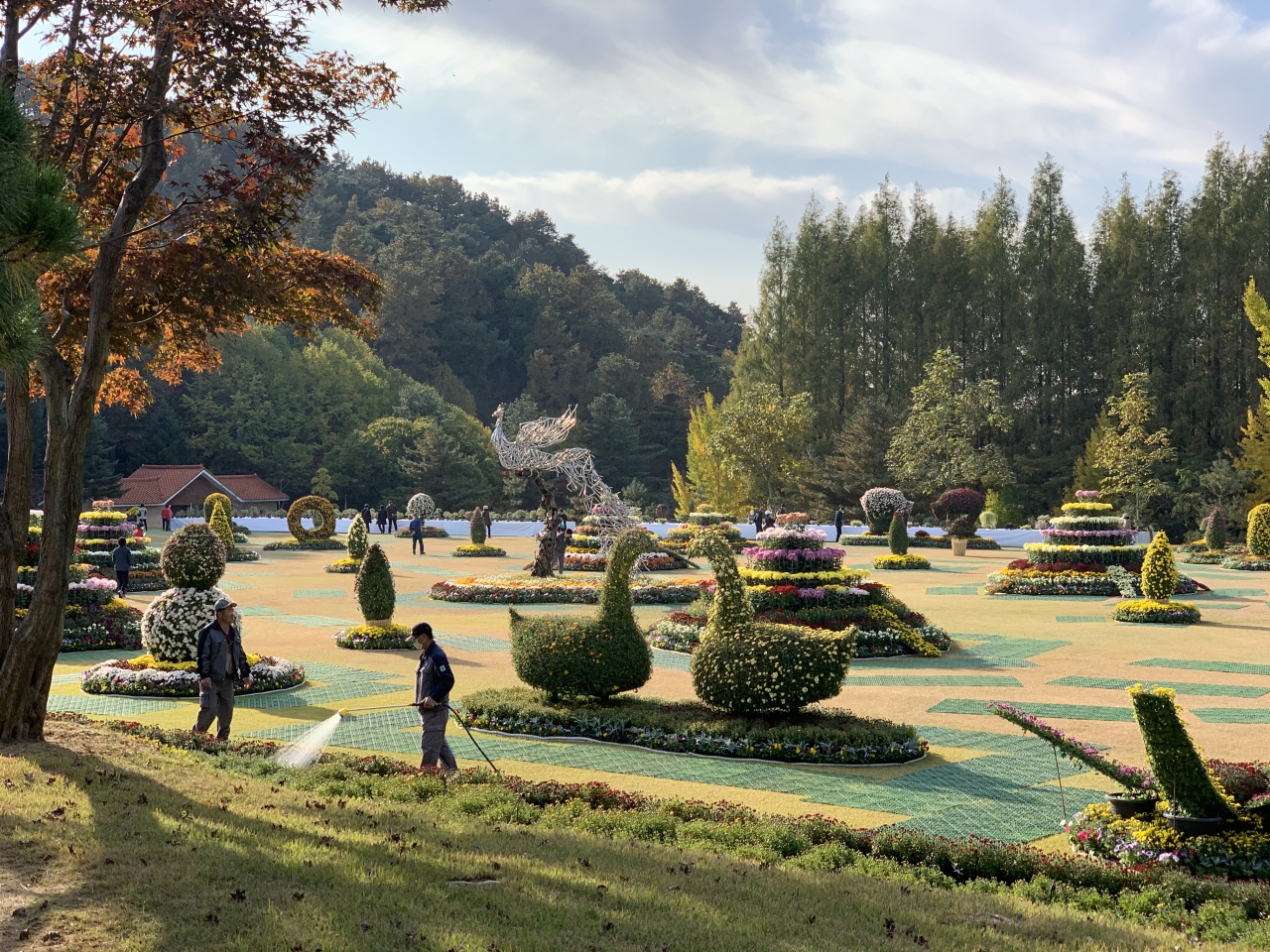 The Cheongnamdae Spring Flower Festival, which started from April 16, will run through May 8 at Cheongnamdae in Cheongju, North Chungcheong Province.

Once a private villa used by former presidents of South Korea, Cheongnamdae became open to the public in 2003.

Surrounded by spring flowers, the festival welcomes visitors of all ages with various sculptures, art paintings and wild flowers.

The admission fees range from 3,000 won to 5,000 won for children, teenagers and adults.

Updated information can be found at https://chnam.chungbuk.go.kr/index.do. 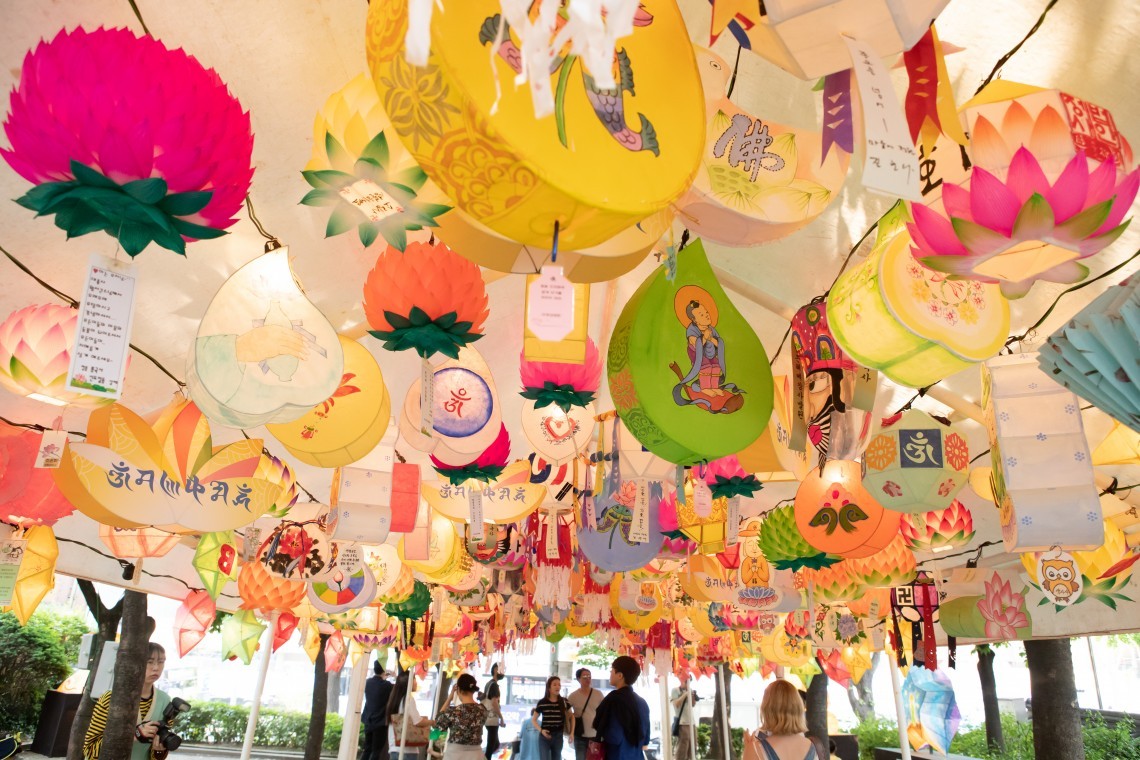 The Lotus Lantern Festival, known as Yeon Deung Hoe, is set to start on April 29 and run through May 1 at various places in Seoul, including the streets of Jongno-gu, central Seoul, along the Cheonggye Stream and at temples Bongeunsa and Jogyesa.

The lighting of the lanterns conveys wishes for peace and happiness.

Various programs are offered during the three-day festival free of charge.

The lantern parade starts at Dongdaemun Gate in Jongno-gu and proceeds to Jogyesa. It will start at 7 p.m. on April 30.

Visitors can take part in cultural activities held on the streets near Jogyesa from noon to 7 p.m. on May 1.

More information can be found at www.llf.or.kr. 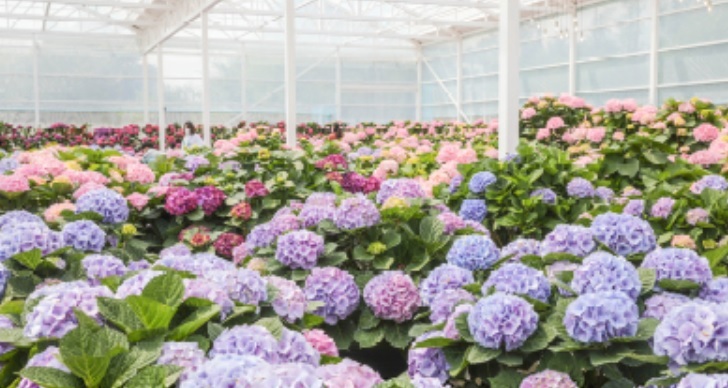 The Hueree Hydrangea Festival will run through May 31 at Hueree Natural Park on Jeju Island.

Visitors can stroll around the park, near South Korea’s highest peak Hallasan, and enjoy the spring breeze.

The annual festival highlights Jeju Island’s splendid scenery and its colorful hydrangeas with photo zones. For children, there is horse riding and a small parade of Jeju black pigs as well.

The event is open to people of all ages, and admission fees vary by age and program.