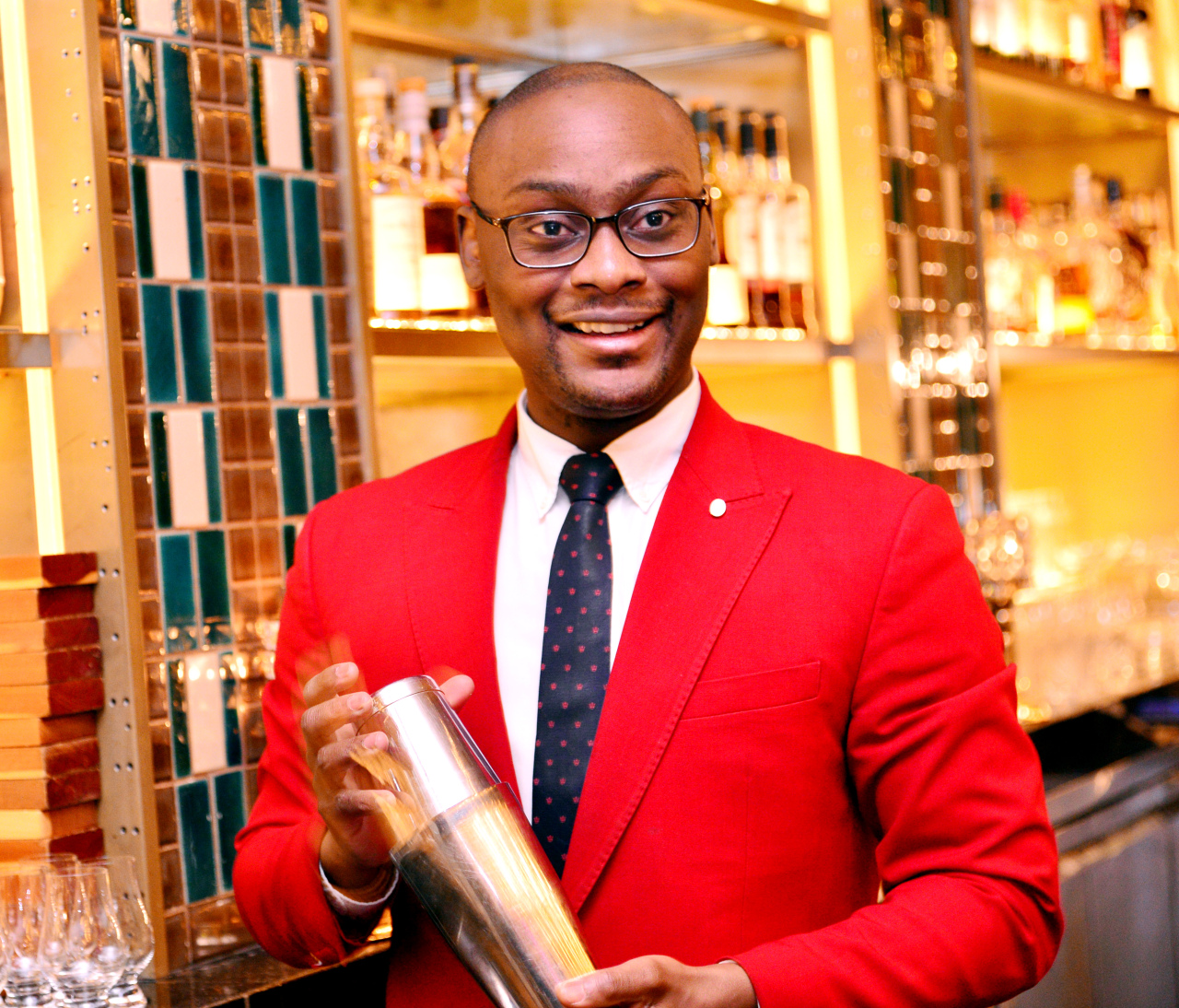 Keith Motsi poses during an interview with The Korea Herald on Nov. 30, 2021. (Park Hyun-koo/ The Korea Herald)
Keith Motsi, the head bartender at Charles H., a speakeasy-style bar at Four Seasons Seoul, won the Altos Bartenders’ Bartender Award 2022 on Tuesday.

The award given to personalities who have made significant impact on Asia’s bar sector over the voting period is the only peer-judged award for Asia’s 50 Best Bars.

“I am extremely honored and humbled to be recognized by my peers for whom I have the utmost respect,“ Keith Motsi said through a press release. “It is doubly special to be recognized for doing something that I love. For me, hospitality and being hospitable is not just a career, but also a state of mind. The magic of the bar industry is our ability to create genuine memories for our guests, and that is what drives me day in and day out.”

Born in Zimbabwe and raised in the UK, Motsi has traveled the world as a bartender. In Seoul, he incorporates subtle elements inspired by Korean culture into New York’s subterranean drinking establishments of the 1920s, and works to dispel common misconceptions about how typical cocktails should be.

Motsi joined Charles H. as the head bartender in 2019. Last year, Charles H. ranked 42nd on Perrier’s list of the World’s 50 Best Bars, the only bar in Korea to make the annual list. It also ranked No. 13 among Asia’s 50 Best Bars.

The seventh edition of Asia’s 50 Best Bars, sponsored by Perrier, will be announced on April 28.