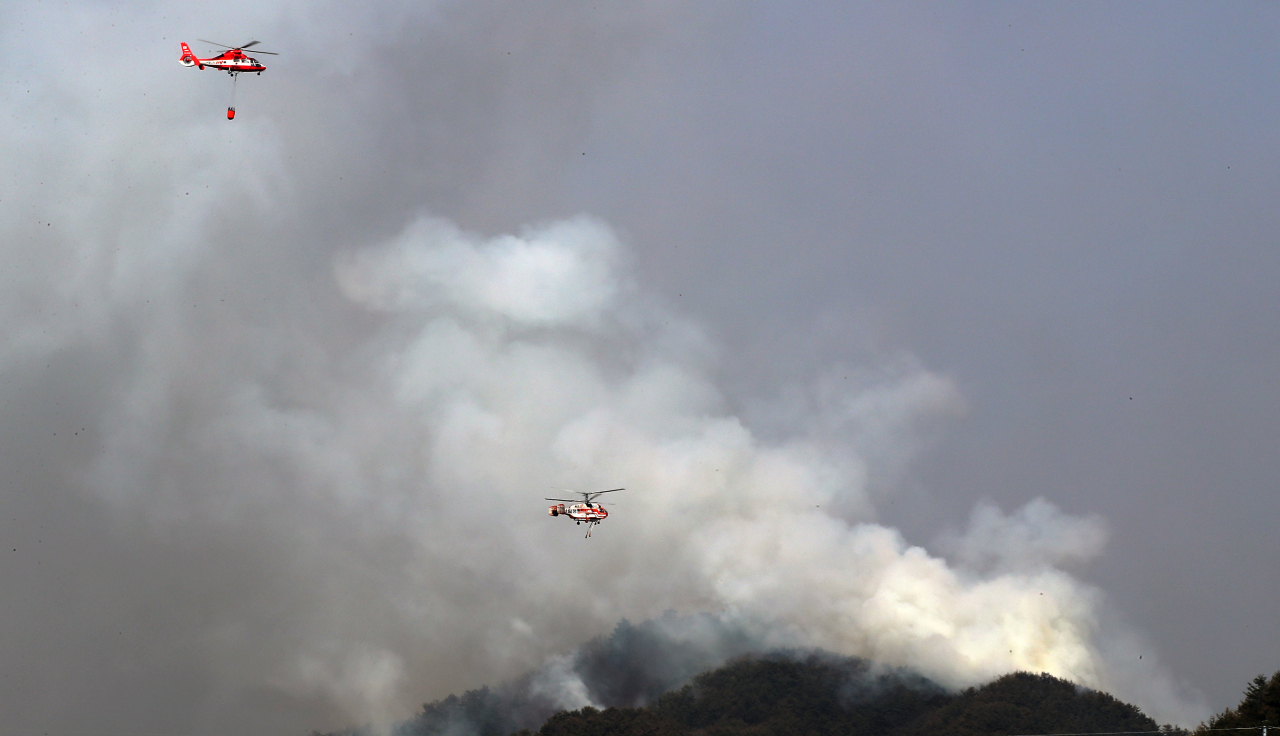 Firefighting helicopters are in operation to drop water on wildfires in Yanggu, northeastern South Korea, on Monday. (Yonhap)

Firefighting authorities on Tuesday mobilized all available manpower and equipment to contain the main fires in the northeastern border town of Yanggu hit by a large-scale forest fire for the third day.

According to the Korea Forest Service (KFS), the fire extinguishing rate reached 95 percent as of 6:30 a.m. in Yanggu, 175 kilometers northeast of Seoul and about 20 km south of the border with North Korea.

The forest fire, which began Sunday afternoon, has burned 720 hectares of woodland, but there have been no casualties or significant damage to facilities.

The fire was reportedly caused by a resident who was burning fallen leaves in the mountainous town of Gangwon Province. A dry weather advisory has been in effect across Gangwon amid strong winds.

Meanwhile, in Gunwi, a southeastern town just north of Daegu, a wildfire has also scorched 347 hectares for three days until Tuesday morning, as the fire extinguishing rate rose to 75 percent.

Authorities mobilized 37 helicopters and 1,200 personnel to fight the Gunwi wildfire from early morning, officials said, adding there have been no reports of casualties or damage to houses or other buildings. (Yonhap)