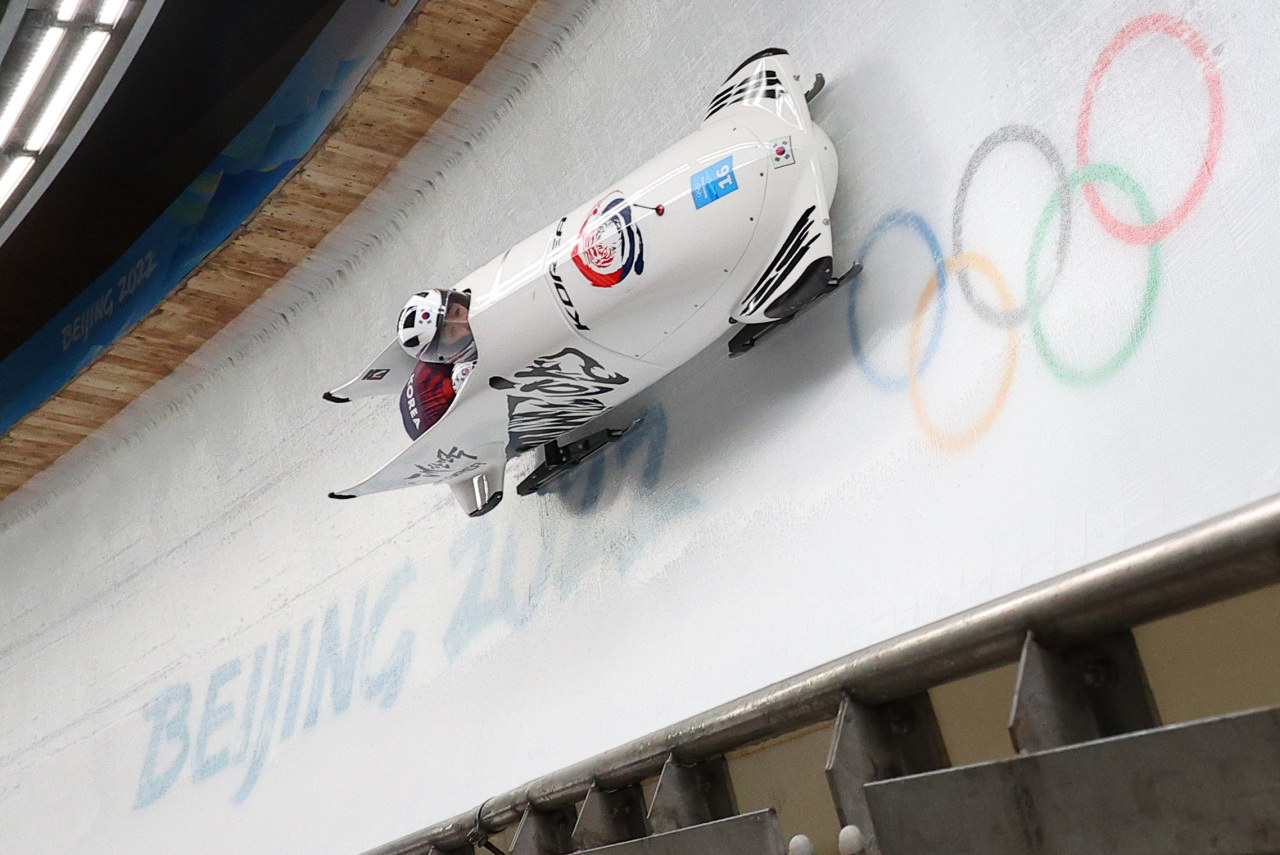 With Beijing 2022 drawing to a conclusion Sunday, Won and his new-look four-man unit will try to repeat that performance from four years ago.

The final two runs of the four-man bobsleigh competition will be the final event for South Korea in the Chinese capital. The race takes place at Yanqing National Sliding Centre in Yanqing, northwestern Beijing.

Won will team up with Kim Dong-hyun, Kim Jin-su and Jung Hyun-woo.

South Korea has so far been shut out of medals in sliding events. Yun Sung-bin, the 2018 Olympic men‘s skeleton champion, finished 12th in his title defense last week. Won and Kim Jin-su ended up in 19th place in the two-man bobsleigh event Tuesday.

Much more had been expected of the two-man team, which appeared to be rounding into form in time for Beijing. Won had posted four consecutive top-10 finishes at the International Bobsleigh & Skeleton Federation World Cups about a month before the start of the Olympics. Those came after a string of subpar results.

Expectations are slightly lower for the four-man team, which had just one top-10 performance out of eight World Cups this season prior to Beijing. Then again, Won and his teammates weren’t expected to do much in PyeongChang, and they went out and snatched silver.

South Korea will have another four-man team in action with Suk Young-jin in charge, joined by Kim Tae-yang, Kim Hyeong-geun and Shin Ye-chan. (Yonhap)