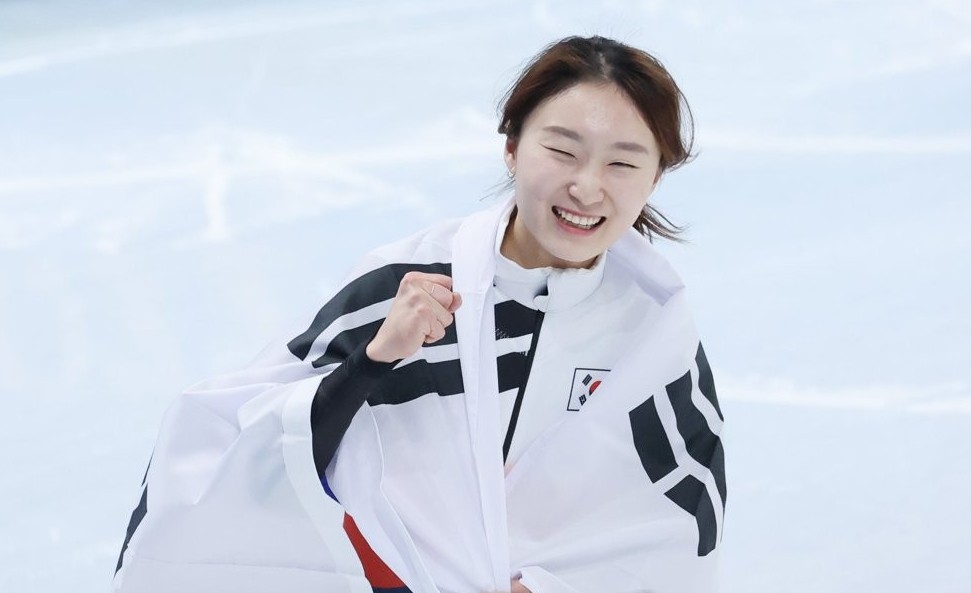 Of the five Winter Olympic medals she has won in short track speed skating, Choi Min-jeong sees the most recent one as her most valuable, because of the emotional roller-coaster ride she had leading up to that victory.

Choi said she still had to pinch herself on Thursday, a day after capturing gold in the women's 1,500m in Beijing.

"This gold medal means more to me than all the other medals I've won," Choi said at a press conference at the Main Media Centre for Beijing 2022 on Thursday. "For a number of reasons, I didn't get off to a great start, but I started skating better and better."

Choi's Olympics in Beijing began with a teammate's fall during the mixed team relay quarterfinals. Choi herself took a fall in the 500m quarterfinals. But Choi went on to win silver in the 1,000m and another silver in the 3,000m relay, before capping it all off with gold in the 1,500m Wednesday night.

"Our fans back home stayed with us all along. They got mad with us, they cried with us, and they soothed us," Choi said. "And we were proud to have given them something to cheer about. This has been a rewarding experience."

With Choi defending her 1,500m gold medal in Beijing, all of the women's individual races had repeat champions. Arianna Fontana of Italy won her second straight gold in the 500m, and Suzanne Schulting of the Netherlands beat Choi for her back-to-back 1,000m title.

"Competing with such great skaters gives me an opportunity to keep growing," Choi said. "Skaters have become so much faster.
We've seen Olympic records fall in every women's event. I need to develop more strength and keep putting in the work in the gym." (Yonhap)