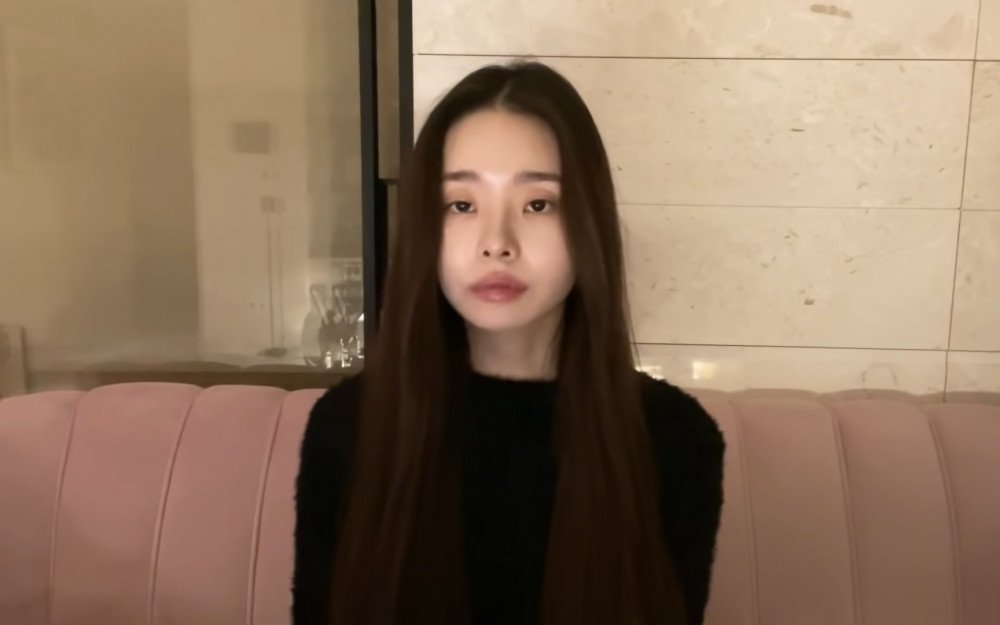 Song, who is also known as YouTuber FreeZia, uploaded an apology video on YouTube, Tuesday, admitting her misbehaviors. At the same time, she took down all the other videos on her YouTube channel and made her Instagram account private, saying she is taking the time to reflect upon herself.

“I admit the controversy of wearing fake luxury goods and acknowledge that everything is my fault. ... As a YouTuber, I should have been more careful and thoughtful in all my actions, but I damaged the brands’ images and disappointed many people. I’d like to apologize,” she said in the video.

“At first, I bought the items just because they were pretty. Then I received so much love and attention from others. I should have realized my actions and look back inside instead of focusing on how the image of ‘Song Ji-ah’ was being displayed. I am very regretful.”

Song recently gained global popularity appearing on “Single’s Inferno,” but then faced backlash for wearing outfits and pieces of jewelry that resembled high-priced brands including Chanel and Dior for the show and in multiple YouTube clips.

In response to the furore, the YouTuber posted an apology on Instagram last week, admitting the accusations were “partly true.” She also deleted all the posts that contained fake products on the platform. Song, however, continued to face criticism.

After being embroiled in the controversy, she appeared on JTBC’s hit talk show “Knowing Bros” last week without being edited out. In the meantime, MBC’s variety show “Omniscient Interfering View” decided to edit out her entire segment from the episode, which was set to be aired this week.

Actor Kang Ye-won, co-CEO of Song’s management agency Hyowon CNC, deleted all videos and photos on her social media account that featured the YouTuber. Kang once called the YouTuber her “little sister” to show their close friendship and even appeared on “Knowing Bros” together. She has yet to comment on the matter.