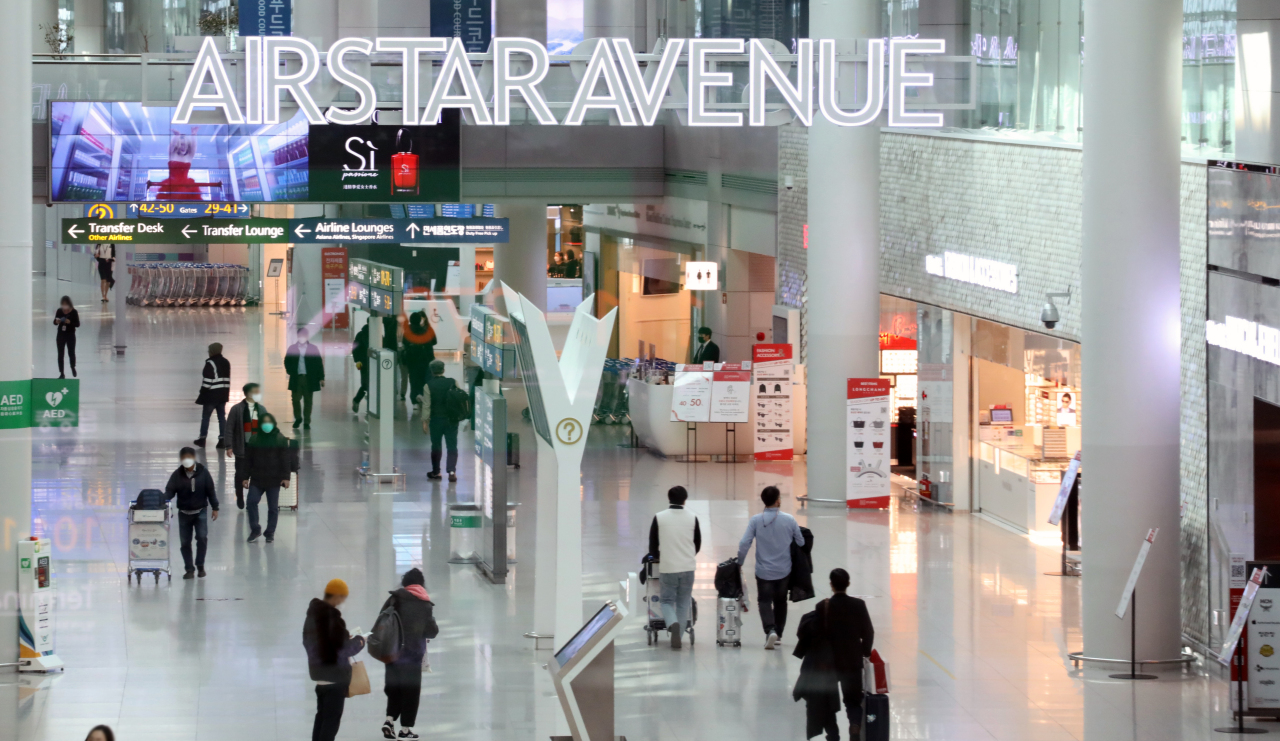 The airport operator said in a press conference that flight operations are likely to have dropped 19 percent from last year, and travelers by 70 percent on-year.

The downturn has hurt revenue, as the airport’s sales stood at 490.5 billion won ($416 million), a 55 percent drop from last year.

The airport sought to respond to the fluctuation in travel demand by continuing with its fourth phase of construction to strengthen its competitiveness.

This contributed to the increase of debt ratio to 68.4 percent from 46.5 percent a year ago.

Air cargo shipments have helped prop up operations, with Incheon Airport forecasting its highest-ever cargo record of around 3.2 million metric tons for this year, a 14 percent increase from last year’s 2.8 million tons of cargo.

The airport predicted that it would take more than three years for flight demand to recover to prepandemic levels, despite the launch of travel bubbles and an increase in the vaccinated population, due to a resurgence in COVID-19 transmission and the spread of variants.