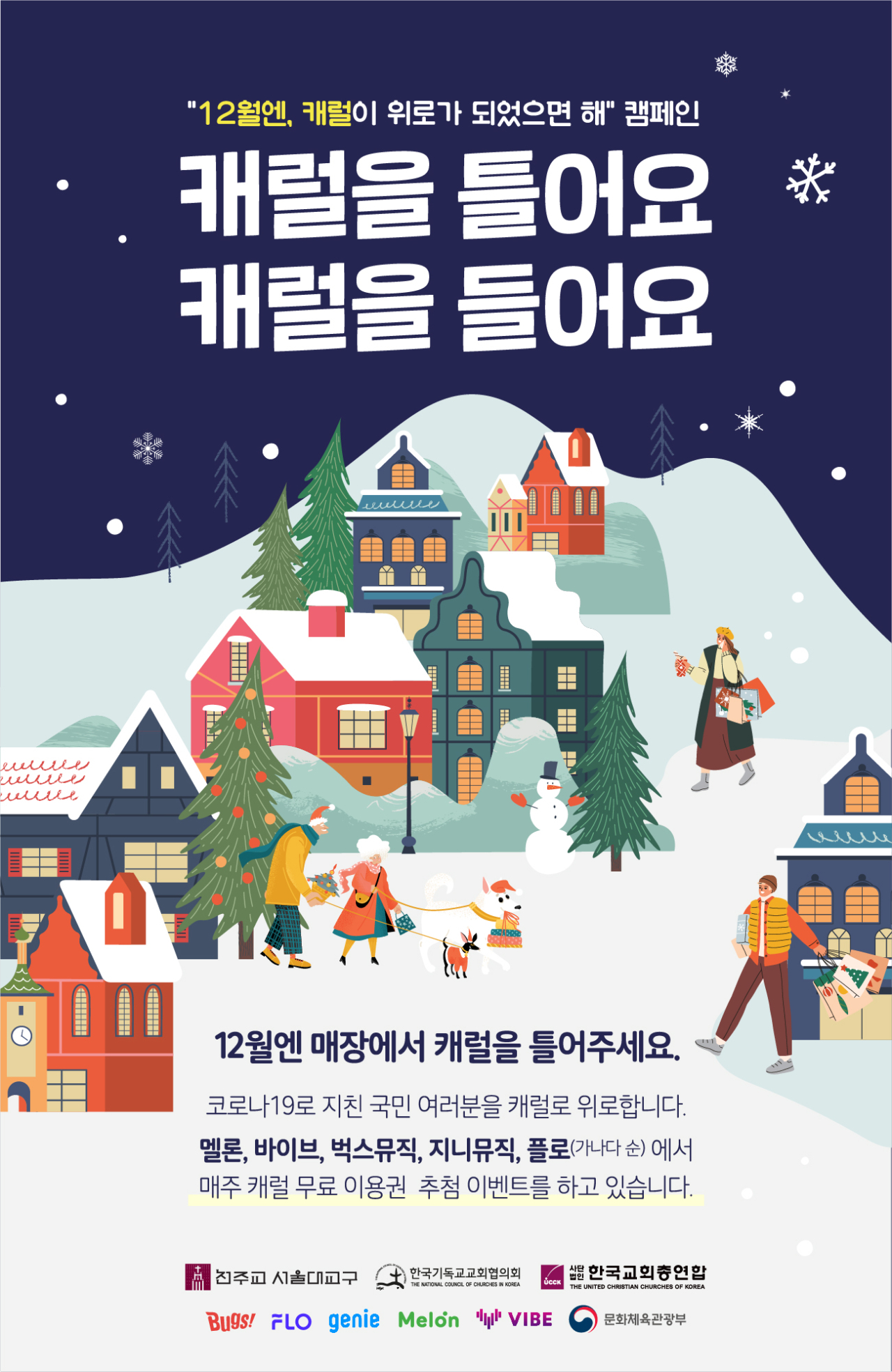 A campaign to promote carols in the holiday season launched jointly by the Ministry of Culture, Sports and Tourism and major Protestant and Catholic organizations was met by strong opposition from the country’s largest Buddhist sect on Wednesday, which said it could take legal action to stop it.

The Jogye Order of Korean Buddhism on Wednesday told The Korea Herald that it is “deeply shocked” by the campaign to promote carols by the government and public organizations and is ready to take further actions.

The carol campaign “is an explicit promotion of a specific religion by the government, forcing people to a particular religious music, even if the purpose of the campaign is to create a warm social atmosphere and comfort citizens,” an official at the Buddhist sect said. “As such, the carol campaign must stop immediately. However, we were told by the organizer, the Culture Ministry, that the campaign would continue as planned.”

In a separate statement Wednesday, the Jogye Order denounced the ministry, saying, “The ministry’s policy is anachronistic and could have only been possible under past military dictatorships.”

The Jogye Order and other Buddhist sects are considering taking legal action such as filing a constitutional petition or seeking a provisional injunction, to stop the distribution of coupons for streaming carols on major digital music platforms, the official noted.

The Buddhism sect emphasized that the carol promotion is just one of the incidents of “religious bias and discrimination” that have been taking place recently at public organizations such as Cheong Wa Dae and other central and regional governments. Such attempts include a plan to create a national Catholic pilgrimage trail that include two Buddhist temples on the route and the dominant presence of church musicians in 19 national and public concert choirs, the Buddhist group said. The Jogye Order also took issue with President Moon Jae-in’s visit with Pope Francis in October.

On Tuesday, the Culture Ministry and the Catholic Archdiocese of Seoul Office, the National Council of Churches in Korea and the United Christian Churches of Korea jointly announced the launch of a campaign to promote carols, first proposed by Cardinal Andrew Yeom Soo-jung, who retired as the Catholic archbishop of Seoul on Tuesday.

The campaign came as carols largely disappeared from the streets of South Korea after the strengthened Copyright Act went in effect in July 2018. The law places more restrictions on the use of music in commercial places. The social distancing measures amid the COVID-19 pandemic have also taken the holiday mood off the streets, along with carols. After the country switched to the “living with COVID-19” scheme last month, Protestant and Catholic groups are reported to have asked the Culture Ministry to lend support for using carols to create a festive atmosphere ahead of Christmas. The Culture Ministry is reported to have consulted copyright organizations on the issue.

The campaign organizers said the carol campaign is meant to comfort people suffering amid the prolonged pandemic. The campaign includes a plan to urge coffeehouse chains, restaurants and supermarkets to play carols at their stores. In addition, 30,000 coupons that will allow people to stream carols for free on major digital music platforms will be distributed as part of the plan, while the Korea Copyright Commission is offering 22 carols that can be played for free.

However, the Buddhist sect said in the statement that while they support the idea of comforting citizens and creating a warm atmosphere at the year-end, they could not agree with the idea that those goals are possible to achieve with the ministry taking the lead in playing carols.