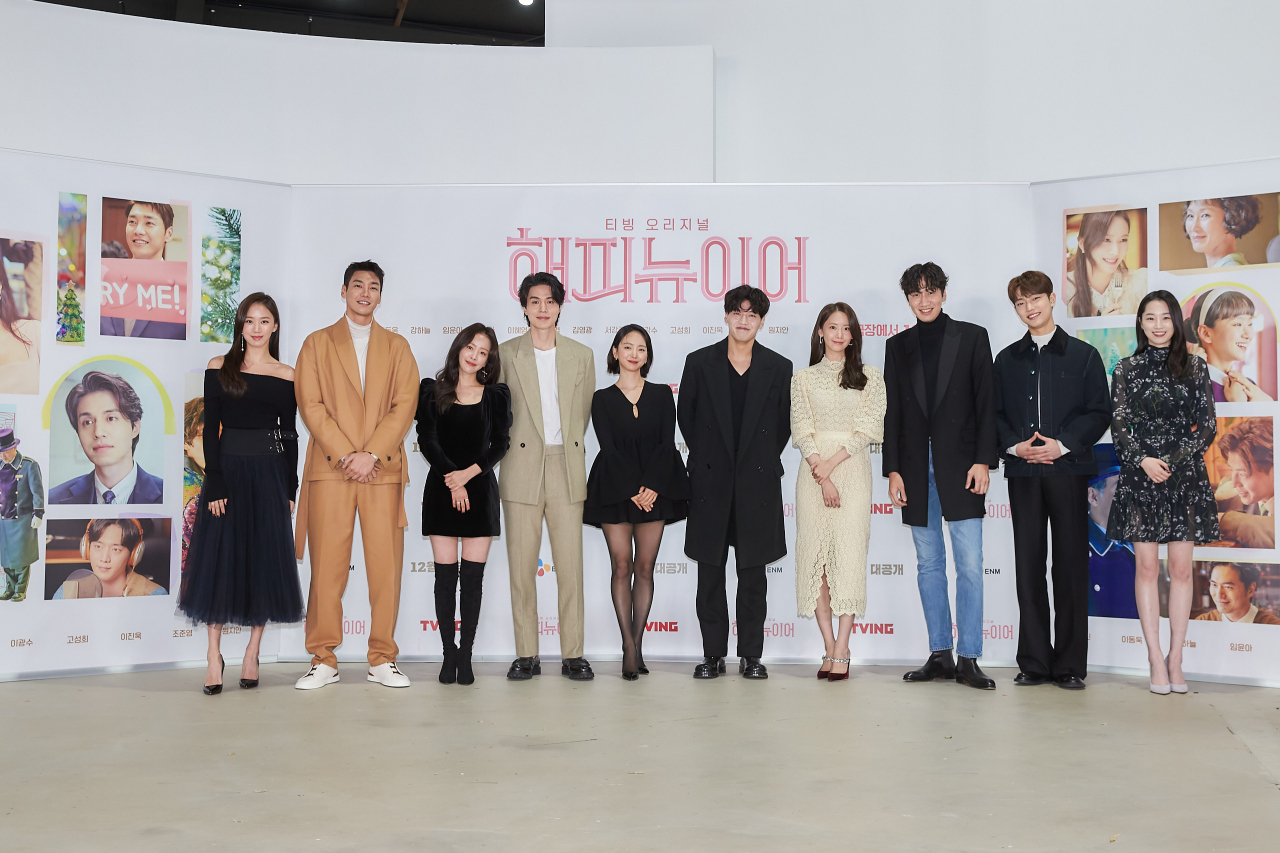 Kwak, 62, has created many hit romance films, including “My Sassy Girl” and “The Classic.”

The film’s format is similar to UK film “Love Actually,” which presents a large cast and tells intertwined love stories between characters. 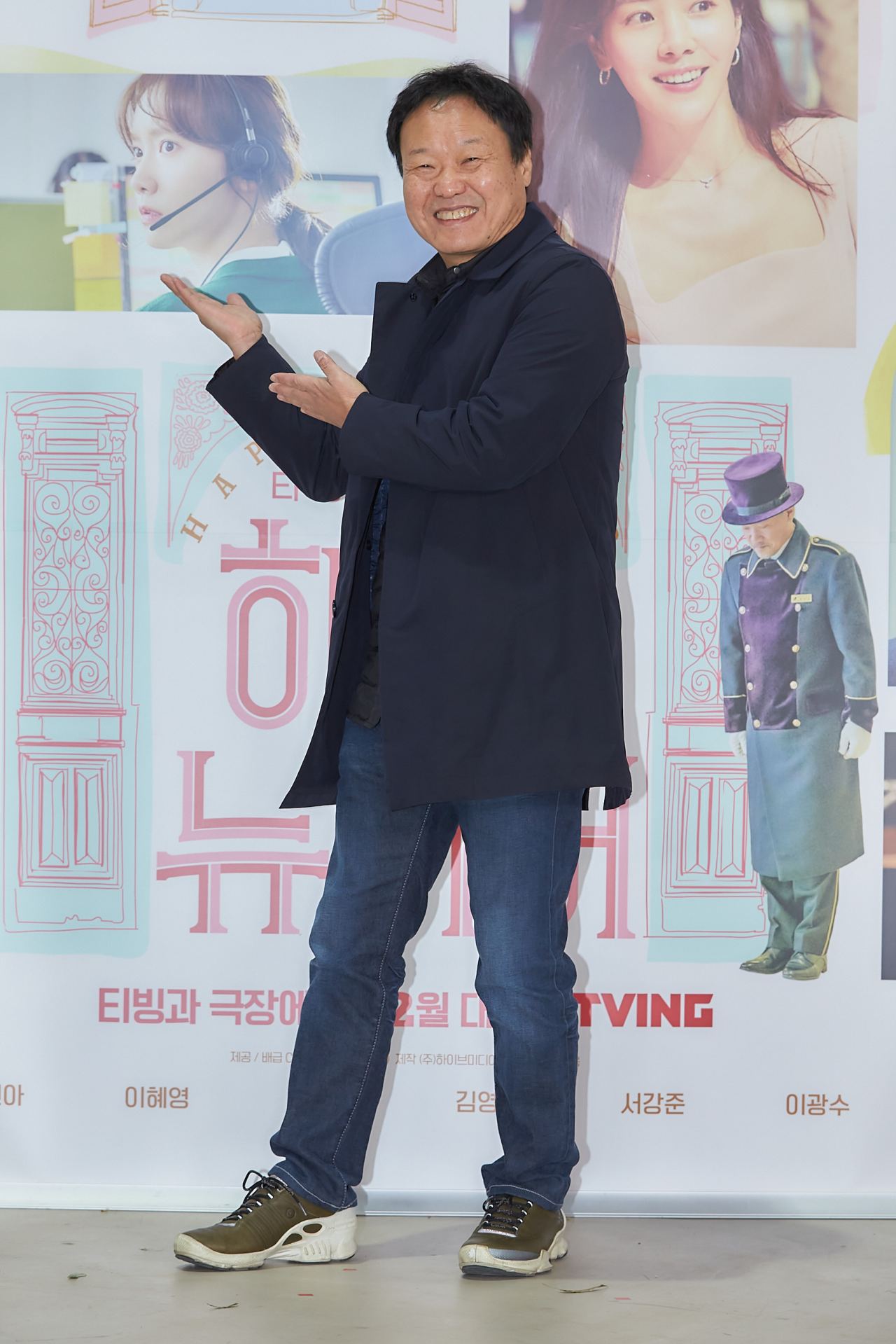 Director Kwak Jae-yong poses after an online press conference Wednesday. (CJ ENM)
“Of course, the script was interesting, but the main reason why I chose this film is because of director Kwak. I am sure that every actor feels the same way,” Han said during an online press conference held ahead of the film’s release later this month. “Because he (Kwak) is not young. I did worry a little about him directing a love story of the younger generation. But I found that he is very open-minded. So I could trust him.”

Kwak’s film centers on people working and staying at Emros Hotel. Han plays So-jin, the hotel manager, who secretly loves her best friend Seung-hyo (Kim Young-kwang). However, So-jin dares not tell him about her feelings and Seung-hyo drops the news that he is marrying Young-joo (Go Sung-hee).

“Fourteen different characters present seven different kinds of love. After watching the film, the audiences will be able to feel happy and satisfied,” Kwak said.

Another interesting love story that the director talked about during the online press conference is between two older characters.

“It is about a woman who returns to Korea because of her daughter’s wedding. She visits hotel Emros and meets the doorman, who she once loved 40 years ago. When they meet, it reminds them of the promise that they made to each other 40 years ago,” Kwak explained.

During the press conference, the actors also talked about shooting the film targeting the Christmas and New Year season in summer.

“I had to wear a turtleneck sweater, a coat and also a scarf. The director especially wanted me to wear a scarf. I had to stand in front of fans at all times,” said Kim.

“It is really difficult to control your perspiration. I had to make sure that it didn’t show in front of the camera,” Han added. “I tend to perspire a lot so it was difficult.”

Won, who portrays a high school figure skater in the film, was the only one who did not complain. 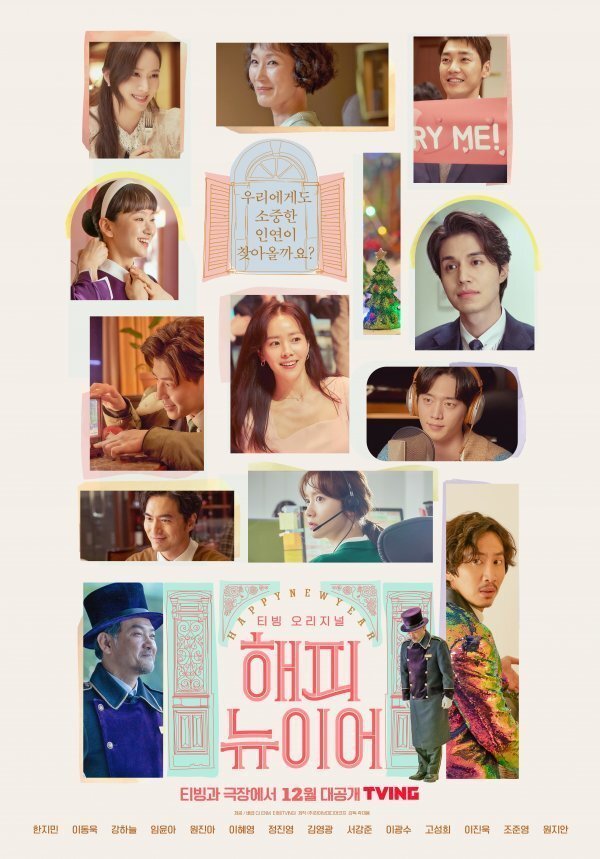 “Happy New Year,” directed by Kwak Jae-yong (CJ ENM)
“I filmed scenes in the skating rink. It was cold there,” she said.

Since Kwak’s new film will be released simultaneously in theaters and via CJ ENM streaming platform Tving, the director talked about his thoughts on the changing film industry.

“There were silent films and then films with sound came out. There were also black-and-white films and color films later came out. Now that society is becoming contactless and more people watch movies through streaming, I am proud to be one of the leading directors to adapt to this change,” Kwak said.