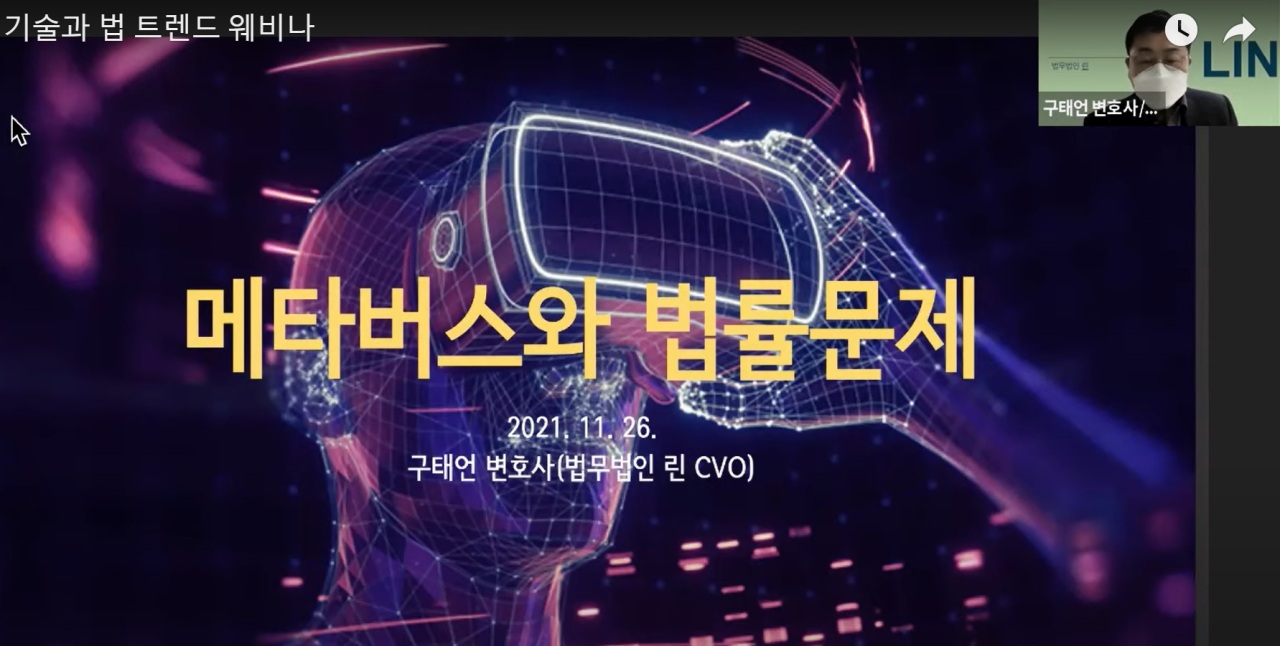 “Since metaverse embodies the virtual world as almost exactly the same as the real world, there are concerns on severe privacy violations. It is highly possible that data on the users’ whereabouts, medical information and political affiliations could be leaked,” said Koo Tae-on, lawyer at Lin, a South Korean law firm, said during a webinar on “Metaverse and Legal Issues.”

“Metaverse might act like a security camera that follows every move of the users’ avatars. But there is no law that regulates metaverse because it is not a real world that falls under the protection of the Personal Information Protection Act,” Koo added.

Koo said a security breach could result in users losing all of their virtual assets.

“Rather than regulating the metaverse itself, domestic lawmakers are on the move to impose stricter regulations on related fields such as cryptocurrency, nonfungible tokens, copyright, personal information protection,” said Yoo Chang-ha, a lawyer at Lin.

According to Yoo, not only Korea but EU, US and other countries are considering regulatory frameworks for metaverse platforms. For instance, countries can prevent companies from manipulating users to buy their products after monitoring and analyzing their consumption patterns with AI.

“Basically, most countries will impose higher bars on the metaverse platforms to strengthen their voluntary and self-monitoring systems on potential crimes,” Yoo said.

But with the wave of virtual reality, lawmakers must make room for the new metaverse industry to grow at the same time, according to Yoo.

“There will be a fierce competition among countries to create new economic ecosystems by accelerating the interconnection with copyright, NFTs and cryptocurrency,” Yoo said.