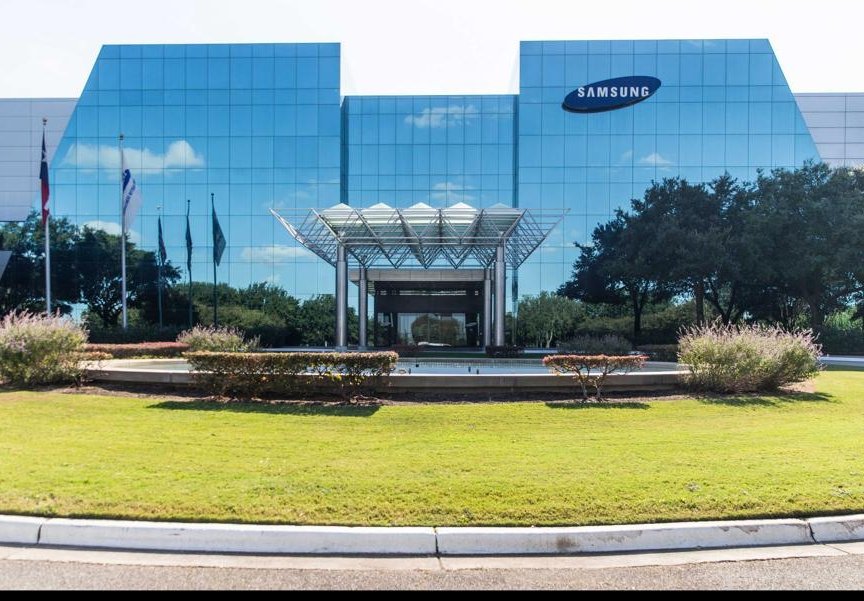 Texas Gov. Greg Abbott is scheduled to make an “economic announcement” concerning Samsung Electronics’ plan to build a new chip plant in Williamson County, near the city of Taylor, Texas, which will involve $17 billion of capital expenditure, Wall Street Journal reported. A Samsung Electronics spokesperson said the decision has yet to be finalized.

Taylor had offered various incentives, including the equivalent of property tax breaks of up to 92.5 percent for the first 10 years, as the city with a population of some 17,000 looks to create around 1,800 jobs and launch a chip production line in the mid-2020s.

Other candidates for Samsung’s new US chip plant -- dedicated to making chips for clients as designed -- included Arizona, New York and Florida, as well as Austin, Texas, where Samsung’s first US chip manufacturing plant has been operating since 1998.

This announcement is the latest development of Samsung’s plan to invest more than $200 billion over the next three years to strengthen chip contract manufacturing capacity.

The US has wooed semiconductor makers around the world to enhance its supply chain for advanced technologies and gain a competitive edge over China. The Joe Biden administration looks to provide over $50 billion in subsidies for new semiconductor factories in the US.

Eyes are on whether the new plant will allow Samsung Electronics to secure a stronger foothold in the US and expand its client base for chip contact manufacturing.

Samsung Electronics has unveiled plans to mass produce 3-nanometer chips for clients by using gate-all-around transistors for semiconductor engineering, in order to cater to growing client demand for cutting-edge device solutions. Another Samsung Electronics spokesperson said the company has yet to decide the level of technology applicable for chip manufacturing, but said the new facility will be able to “manufacture cutting-edge semiconductors.”

Samsung Electronics’ revenue from chipmaking business based on a 7-nanometer and 5-nanometer technology accounts for around a combined 20 percent of the total for its foundry business, Claire Kim, an analyst at Hana Financial Investment, said in a recent note. 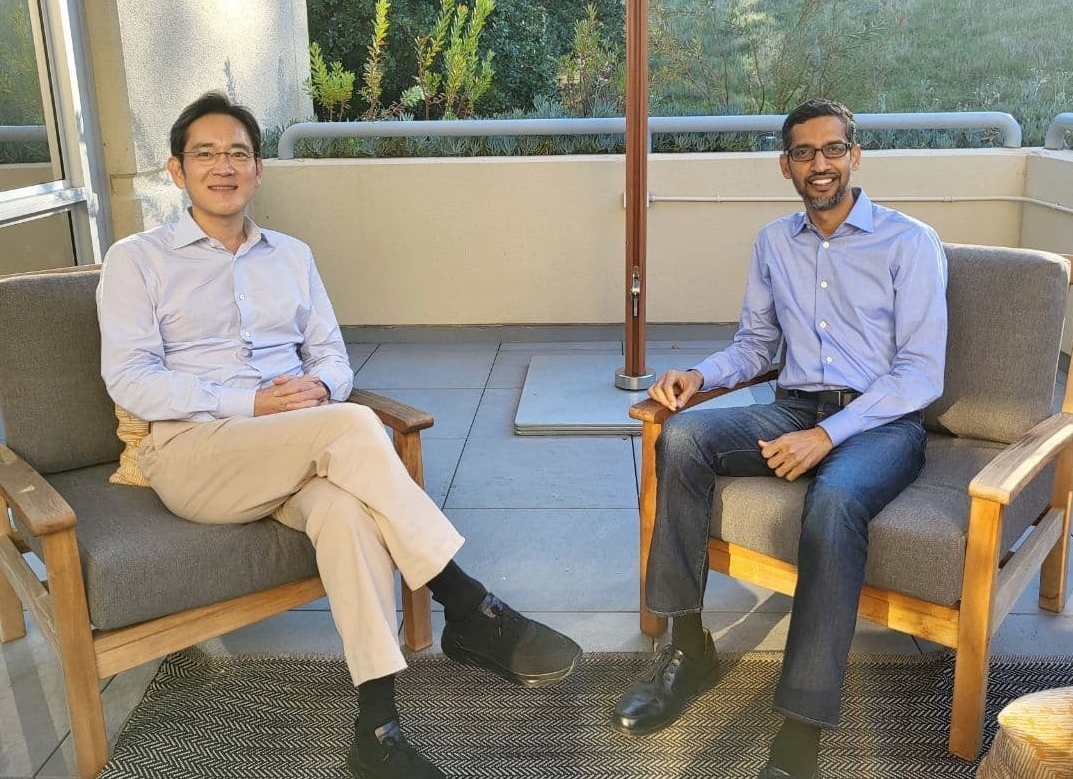 Samsung Electronics Vice Chairman Lee Jae-yong (left) and Alphabet CEO Sundar Pichai pose during their meeting at Google headquarters in California on Monday, US time. The two discussed the prospects of virtual reality, augmented reality, self-driving cars and platforms, according to Samsung officials in Seoul. (Samsung Electronics)
The announcement is set to be the climax of Samsung Electronics Vice Chairman Lee Jae-yong’s trip to the US, his first in five years. The de facto Samsung leader has been facing a series of legal battles for years on bribery charges.

Earlier this week, Lee dropped by Samsung’s Device Solutions America, the US headquarters of the firm’s memory business unit, and Samsung Research America, dedicated to the tech giant‘s research and development. Samsung Electronics said Lee had reviewed next-generation technologies such as artificial intelligence and 6G network.

Prior to the meetings, Lee had met with representatives of Microsoft, Verizon and Moderna in his weeklong trip to the US.

Lee is expected to return to Seoul later this week.