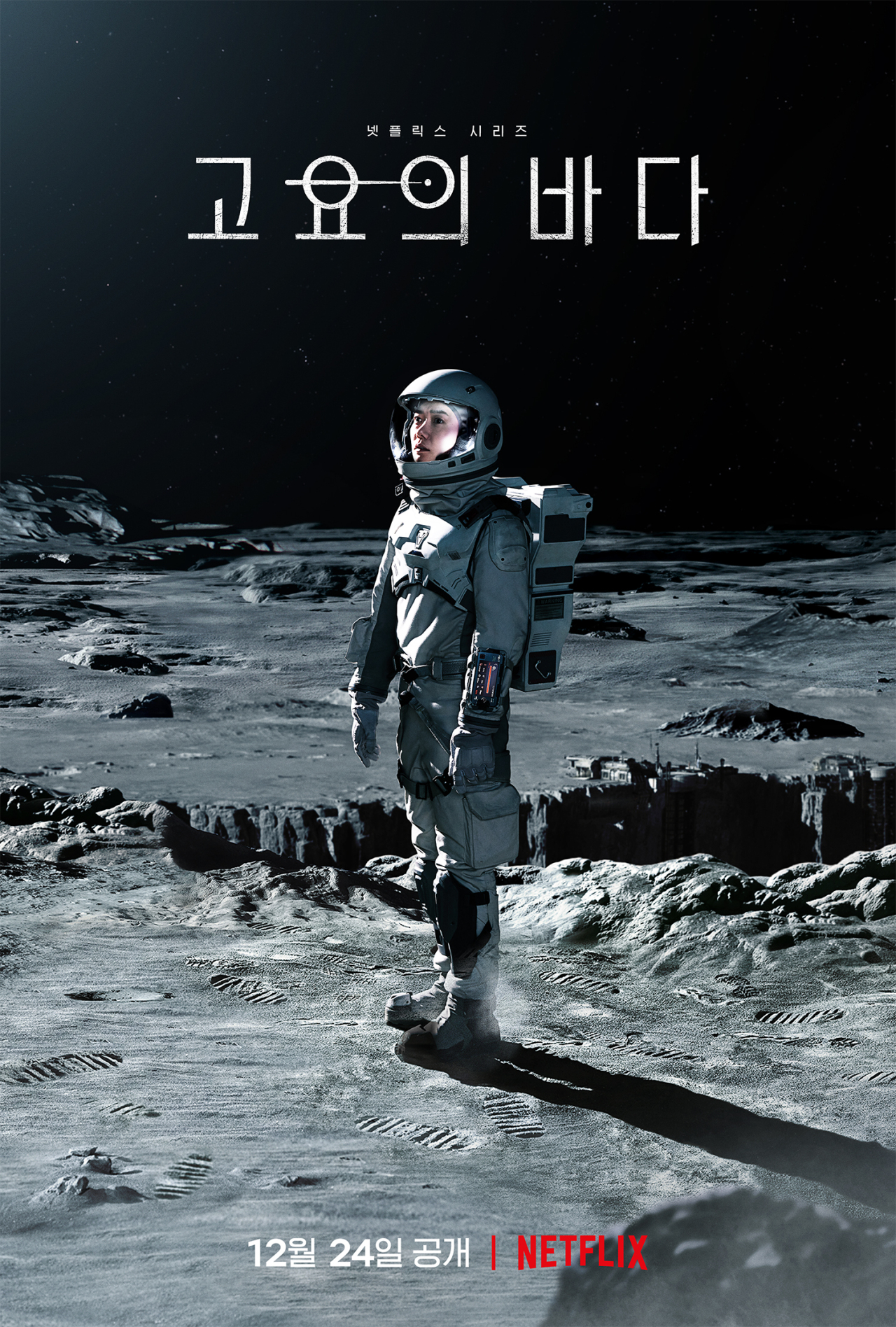 Poster image of “The Silent Sea” (Netflix)
Netflix will ring in the Christmas season with the sci-fi mystery “The Silent Sea,” its last Korean original series of the year.

The platform on Monday announced the show’s release on Dec. 24 and unveiled a mysterious poster showing a lone astronaut in outer space.

The series, which revolves around a group of space explorers on a classified mission to an abandoned research facility on the moon, is an adaptation of a short film of the same title by director Choi Hang-yong. The short film was shown at the Mise-en-scene Short Film Festival in 2014.

“I was fascinated with the fresh idea of the original work and believed that this could be a good chance to try a Korean style sci-fi project,” Jung said in a press release on Monday.