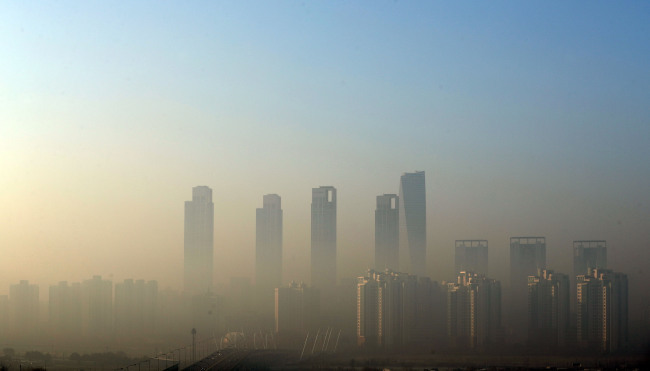 An ultrafine dust advisory was issued for all of Seoul on Friday for the first time in about six months, the metropolitan government said.

25 districts across the capital, according to the city-run Research Institute of Public Health and Environment.

It was the first ultrafine dust advisory issued in Seoul since May 7.

The advisory is issued when the hourly average concentration of PM 2.5 -- particles smaller than 2.5 micrometers in diameter -- stay above 75 micrograms per cubic meter for over two hours.

The institute estimated that the density of PM 2.5 has soared due to stagnant air flow under the influence of the high pressure located around the Korean Peninsula, the inflow of air pollutants from abroad and the addition of domestic fine dust.

It advised citizens with respiratory or cardiovascular diseases, the elderly and the weak and children to stay indoors if possible and wear a dust mask when they have to go outside. (Yonhap)