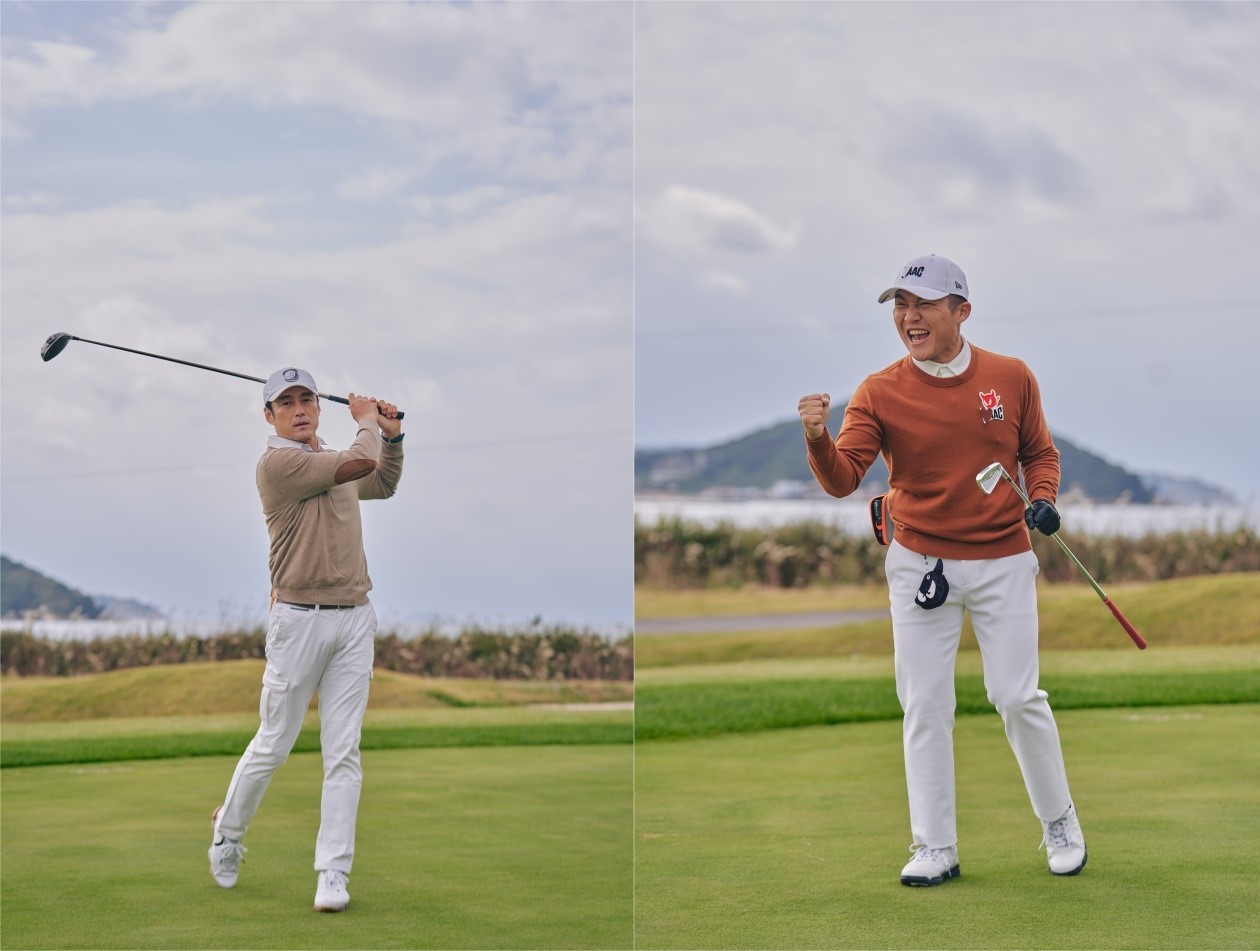 Actor Ji Jin-hee (left) and comedian Jo Se-ho appear in “Golfsquad.” (tvN)
Sports entertainment programs have emerged as a major trend on television, with famed sports legends and celebrities presenting the sports on the small screen.

Golf has become a recognizable force, dominating airtime for several months with big-name golf stars and television celebrities taking to the links.

Three TV broadcasters and a streaming platform -- JTBC, SBS, MBN and Tving -- have jumped on the bandwagon, launching “SeRiMoney Club” in June, “Team Up 072” in July, “Star Golf Big League” and “Here Come the Golf Gods” in August and “Grand Par” in November, respectively.

The popularity of golf shows is not likely to stop any time soon, as another tvN program, “Golfsquad,” is scheduled to tee off Sunday.

A number of soccer-themed programs have been produced in the past, but they never stepped into the spotlight quite like the second season of JTBC’s “Soccer Adventure” or SBS’ “Kick a Goal.”

Thanks to the popularity of its previous season, which featured legendary sports icons and Olympic gold medalists playing together on a soccer team, “Soccer Adventure” kicked off the second season with a soccer test for the 15 sports stars in its new cast in August. 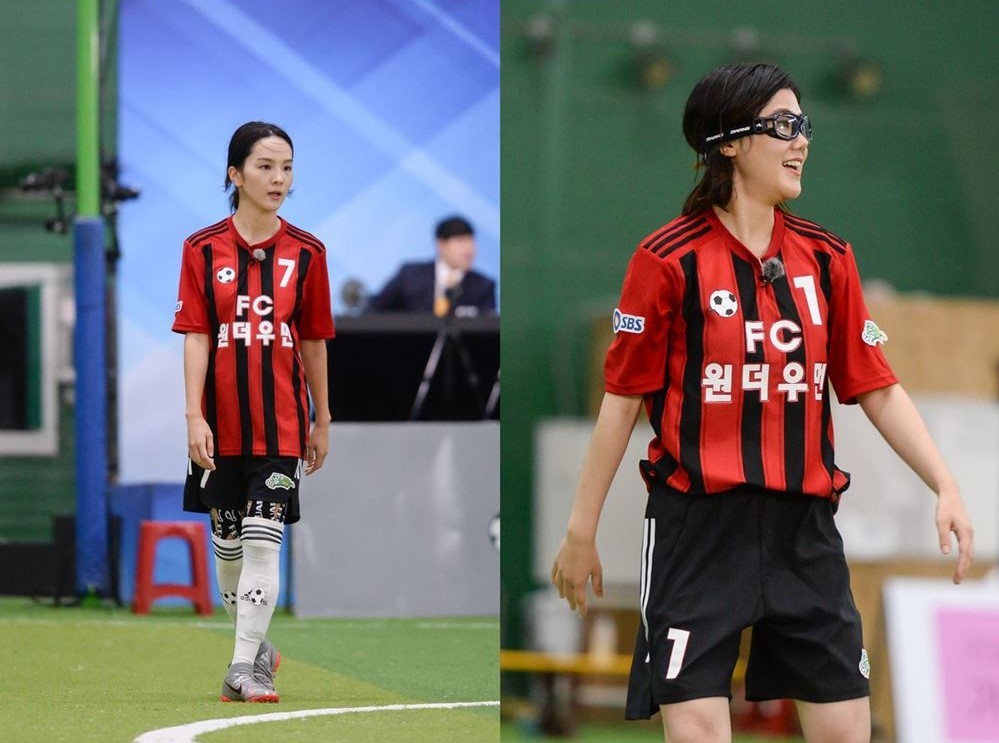 With its latest episode recording 7.4 percent viewership on Wednesday, “Kick a Goal” topped ratings among variety shows airing in the same time slot, solidifying its position as the top Wednesday-night program. 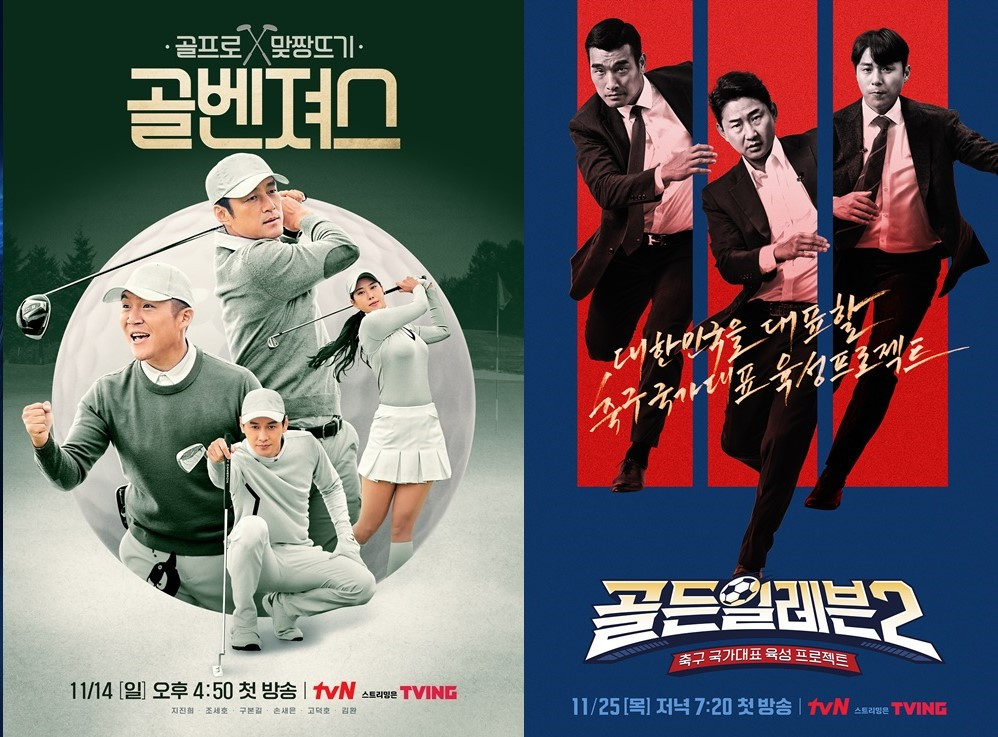 “The extended COVID-19 pandemic played a huge part in bringing about the heyday of sports programs in Korean TV. Many sports broadcasts were canceled during the pandemic, increasing people’s hunger for sports shows. The sports-themed programs quenched viewers’ thirst at the right time,” culture critic Jung Duk-hyun told The Korea Herald.

“While past sports programs were focused on entertaining viewers with the cast’s mistakes and errors, recent ones look like an actual sports match. With cameras that are used in sports broadcasts, the production staff are doing their utmost to provide high-quality visuals as well,” Jung added.