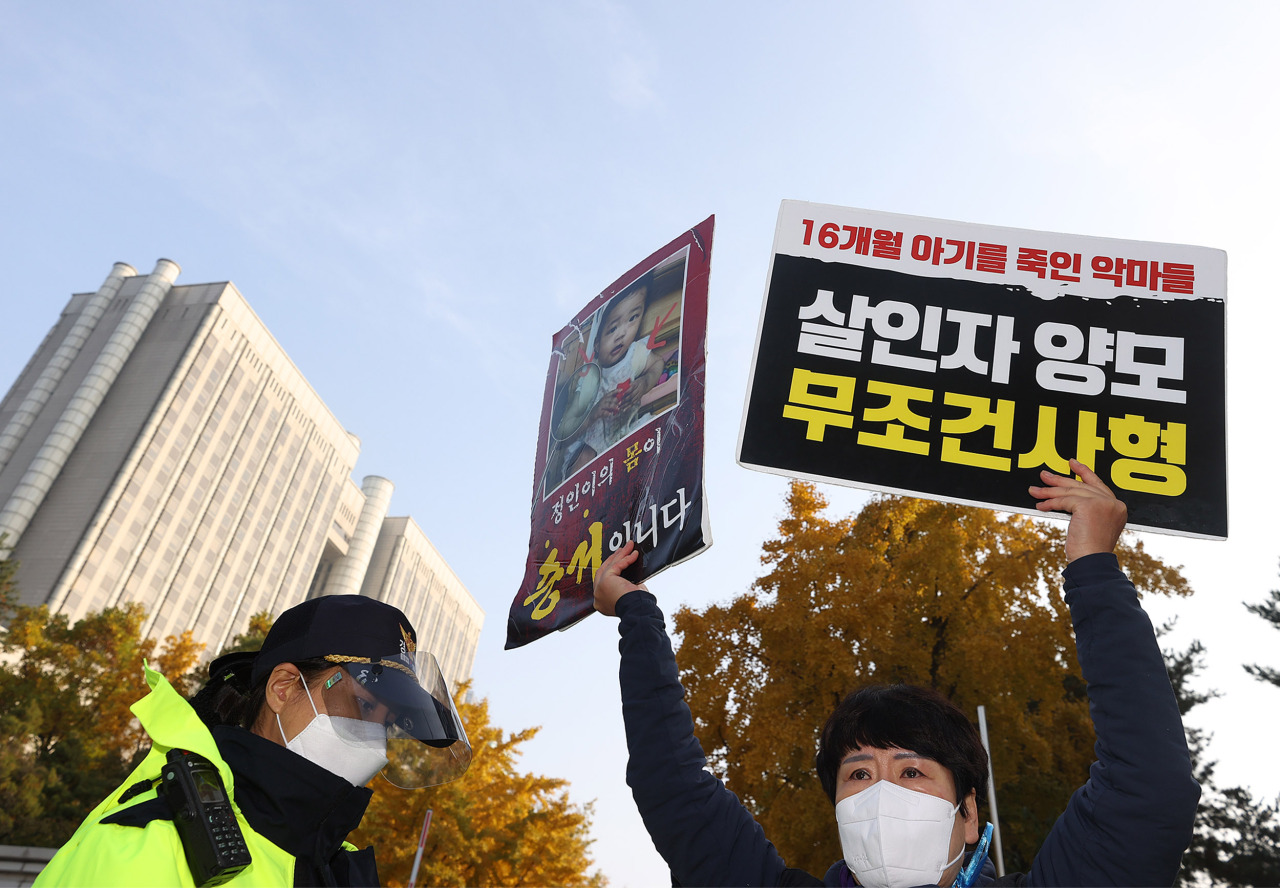 At the Seoul High Court on Friday, prosecutors asked for the highest criminal penalty for the defendant, surnamed Jang, who was indicted in December on charges of fatally abusing her adopted daughter named Jeong-in from March to October 2020.

The child was found to have suffered severe abdominal injuries and internal bleeding due to Jang’s violence.

Prosecutors had demanded the Seoul Central District Court to have Jang sentenced to death for her crime, while Jang’s defense admitted to the continued assault on her daughter but insisted that Jang did not step on the child’s stomach on the day of her death.

Jang was sentenced to lifelong imprisonment from the first court ruling held in May. The defendant appealed the ruling months later, saying the penalization is too much.

The appeals court is expected to rule on the case later this month. Jang could still appeal to the Supreme Court for the case to be reviewed.

The case came to light through an SBS investigative reporting show in January, which brought civic groups and members of the general public to call for better protection of adoptees and stronger penalties on child abuse.

It triggered an outpouring of grief nationwide, with hundreds of people placing flowers, letter and gifts by Jeong-in’s tomb in Yangpyeong, Gyeonggi Province.

An online campaign expressing remorse for Jeong-in’s death has also swept the country, with people sharing hashtags like #SorryJeongin on social media. A number of celebrities including BTS member Jimin joined the movement, bringing greater attention to the problem.

Jeong-in’s death also prompted lawmakers to pass a bill, nicknamed the Jeong-in Act, that would impose sentences of seven years to life in prison, with the death penalty also an option. Before the bill passed, a perpetrator could be sentenced to five years to life for killing a child during abuse.