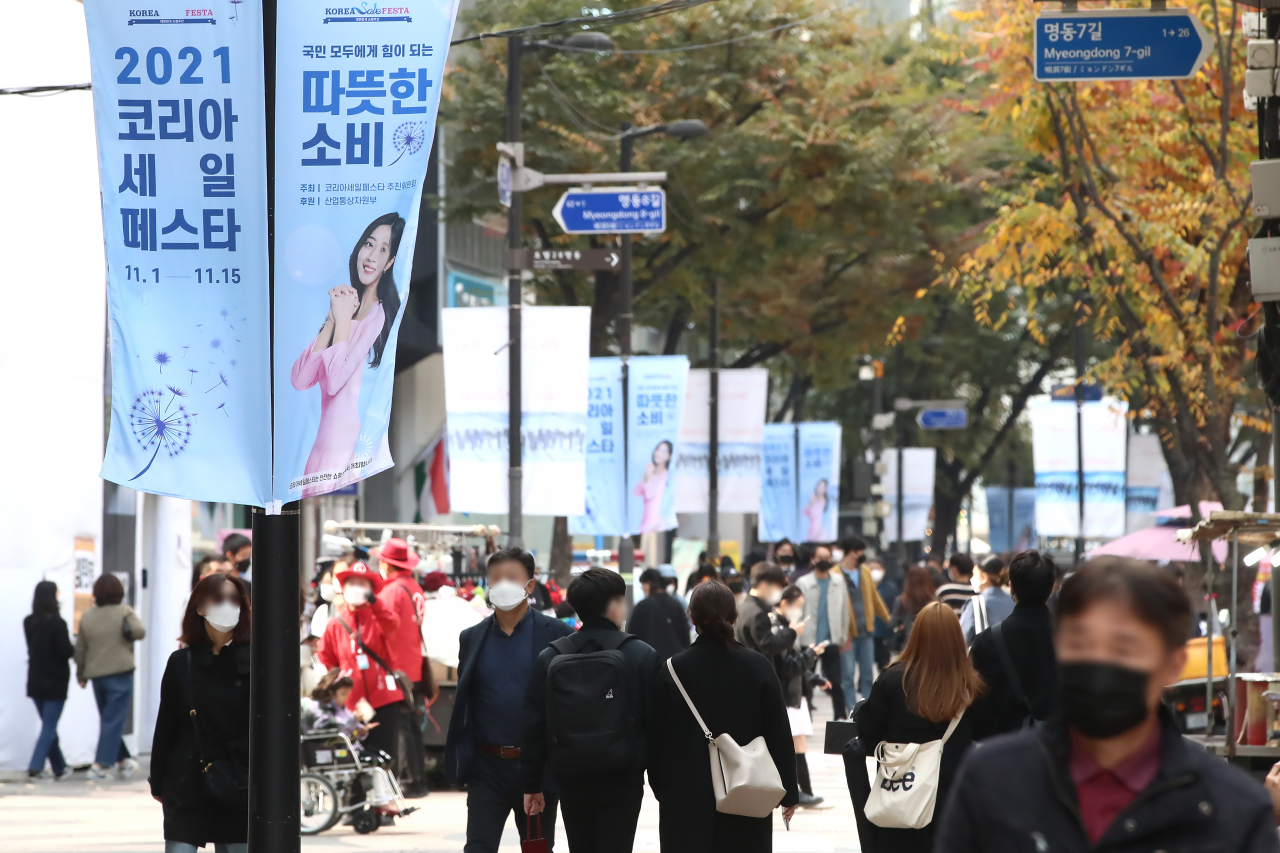 Pedestrians walk down the street in the shopping district of Myeong-dong, Seoul, Sunday. (Yonhap)
Pay gaps between occupations grew wider amid the COVID-19 pandemic as wages in the tech and TV broadcasting industries saw some of the biggest growth while workers in the aviation and tourism sectors took a hit, new data has revealed.

According to new data released Sunday by the Korea Economic Research Institute, jobs at web portal, data processing and web hosting companies saw their pay grow by 9 million won ($7,666) on average to 37.9 million won during the first half of this year compared with the same period two years ago.

Jobs in product trading, including LX International and Posco International, saw the second-highest jump in average salary, from 30.8 million won in the first half of 2019 to 39.1 million won during the same time this year. Jobs in television, including entertainment agency CJ ENM and TV network SBS, paid 4.1 million won more on average.

The figures reflect total salary during the first six months of each year.

Workers in the aviation and tourism sectors -- among those most affected by the pandemic -- suffered a major pay drop, however.

The average pay in tourism and related sectors plunged from 20 million won in the first half of 2019 to 12.3 million won during the same period this year.

Air travel is set to return to pre-pandemic levels only by 2024, according to Boeing.

Other jobs where wages fell between 2019 and 2021 included those at headquarters and management consulting services.

Private education workers based in “hagwon,” or cram schools, saw their average pay drop from 19.1 million won to 18.9 million won.

The maritime shipping industry, which has benefited from strong demand for shipping containers in recent months, saw average pay rise from 31.2 million won to 33.5 million won for the same six-month period.