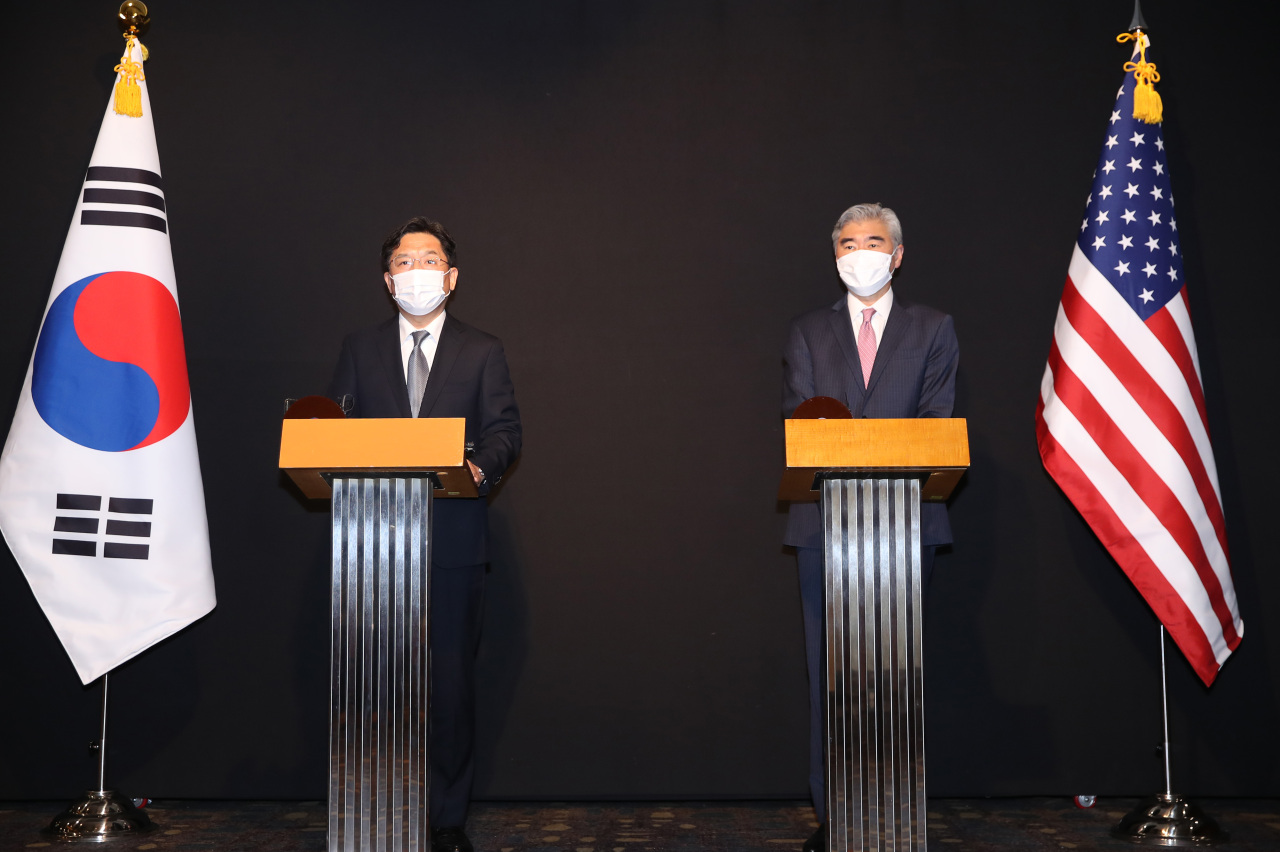 The 1950-53 conflict concluded with an armistice, not a peace treaty. The Moon Jae-in administration backs signing the declaration to lay the groundwork for denuclearization and a treaty to come, while neither Washington nor Pyongyang have previously been receptive to the idea.

North Korea now demands concessions, such as sanctions relief and freedom to conduct weapons tests it calls part of its self-defense. The regime accuses the allies of a “hostile policy” and “double standards.”

“We remain ready to meet with the DPRK without preconditions and we have made clear that the United States harbors no hostile intent towards the DPRK,” Sung Kim, US special representative for North Korea, said, referring to the North’s official name, the Democratic People’s Republic of Korea.

But Kim, who reiterated support for diplomacy with North Korea, called on the regime to stop provocations and “other destabilizing activities” like missile tests. Last week, the North fired a submarine-launched ballistic missile in its eighth weapons test this year.

The launch was not only concerning, but a violation of UN Security Council resolutions, Kim said. Seoul has not accused Pyongyang of breaching UN sanctions, saying it will work on defusing tension. Noh Kyu-duk, South Korea’s nuclear envoy, reaffirmed the stance during the meeting.

“We’ve agreed that talks and engagement are a priority for a nuclear-free Korean Peninsula and lasting peace,” Noh said, describing rebuilding trust and resuming humanitarian aid as tools for outreach.

The two allies were also ready to engage with North Korea on any other issues the regime finds interesting, Noh added, urging Pyongyang to return to negotiations.

But experts suggested dialogue would not take place anytime soon. They expect North Korea to press ahead with another provocation by December.

“South Korea and the US won’t accept the terms for talks, which the North would use as a reason to ramp up tension. Finding cause for action, that’s their pattern,” said Park Won-gon, a professor of North Korean Studies at Ewha Woman University.

But the North could reverse the position around February next year, when speculation for a thaw in ties runs high as China holds the Winter Olympics, Park added, saying half-hearted peace overtures from Pyongyang could lead Seoul to tolerate compromises because Moon, who leaves office in May, wants dialogue.

“Even if talks were to reopen, we have to be extra careful with signing a declaration that says the war is over and North Korea is no longer the enemy, because the regime’s nuclear weapons program is in full swing. We can’t let that slide,” Park said, citing the International Atomic Energy Agency.

Last week, Rafael Grossi, chief of the UN nuclear watchdog, said North Korea has expanded its nuclear activity and that its work on the program is moving “full steam ahead,” at a webinar hosted by the Washington-based Stimson Center, a nonprofit think tank on foreign policy.