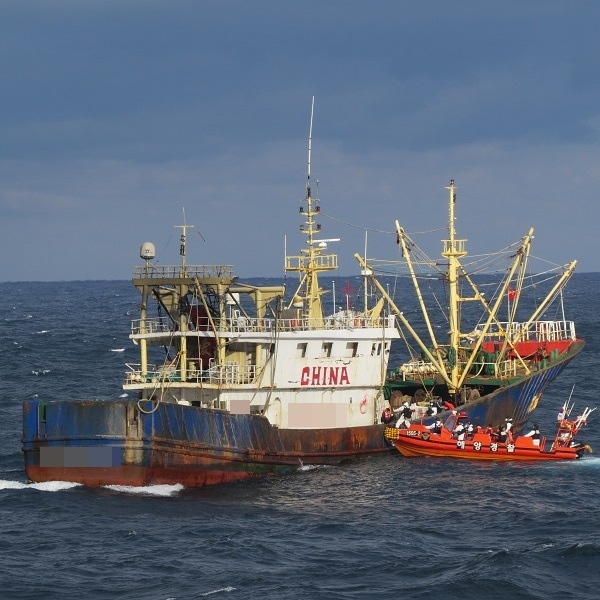 The 272-ton vessel carrying 11 crew members is suspected of conducting fishing activities in waters 116 kilometers south of the city of Seogwipo on the island at 12:00 p.m. on Saturday without any authorization.

The vessel is also alleged to have attempted to flee despite the Coast Guard's repeated calls to stop moving.

The Coast Guard plans to investigate the vessel's captain and other shipmates after they take COVID-19 tests, officials said. (Yonhap)