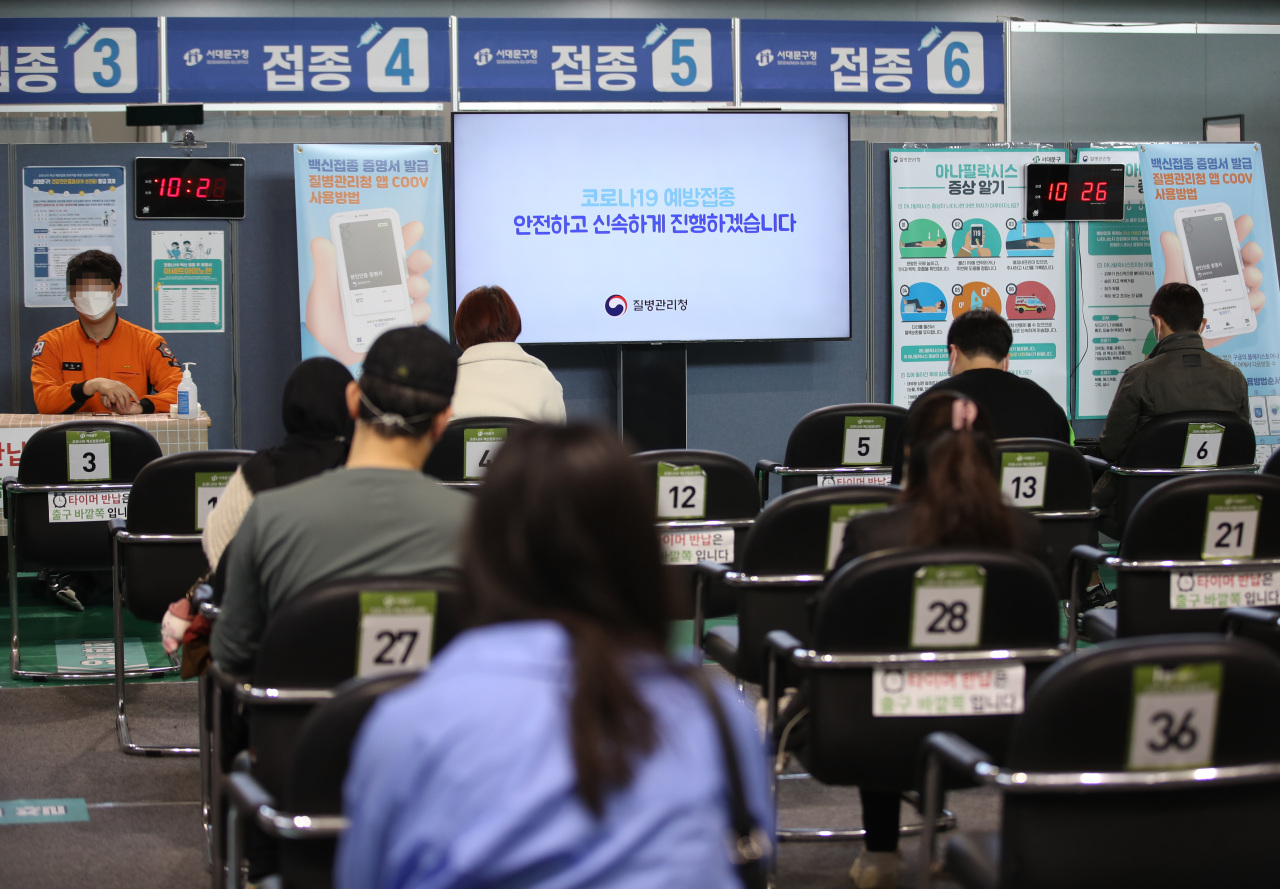 People wait in distanced seats to get vaccinated at a vaccination center in Seoul on Friday. (Yonhap)
South Korea saw its new coronavirus cases rise slightly Saturday, but the daily caseload stayed below 2,000 for the 15th straight day, as the country‘s vaccination rate was nearing a key milestone of 70 percent.

The country reported 1,508 new cases, including 1,487 local infections, raising the total caseload to 350,476, the Korea Disease Control and Prevention Agency (KDCA) said. Saturday’s tally is up from the 1,439 counted the previous day.

Although South Korea has logged more than 1,000 daily cases since early July, it is seeing a downward trend in its coronavirus infections after the fourth wave of the pandemic peaked in late September.

The average daily number of confirmed cases during the Oct. 10-16 period was 1,562, down 20.3 percent from the previous week, according to KDCA data released earlier this week.

The number of patients released from quarantine after making full recoveries stood at 322,536, up 2,219 from the previous day, the KDCA said.

As of Saturday, 69.4 percent of the 52 million population were fully vaccinated, while 79.3 percent had received their first shots.

With accelerating inoculations, South Korea is gearing up to return to some semblance of normalcy. (Yonhap)