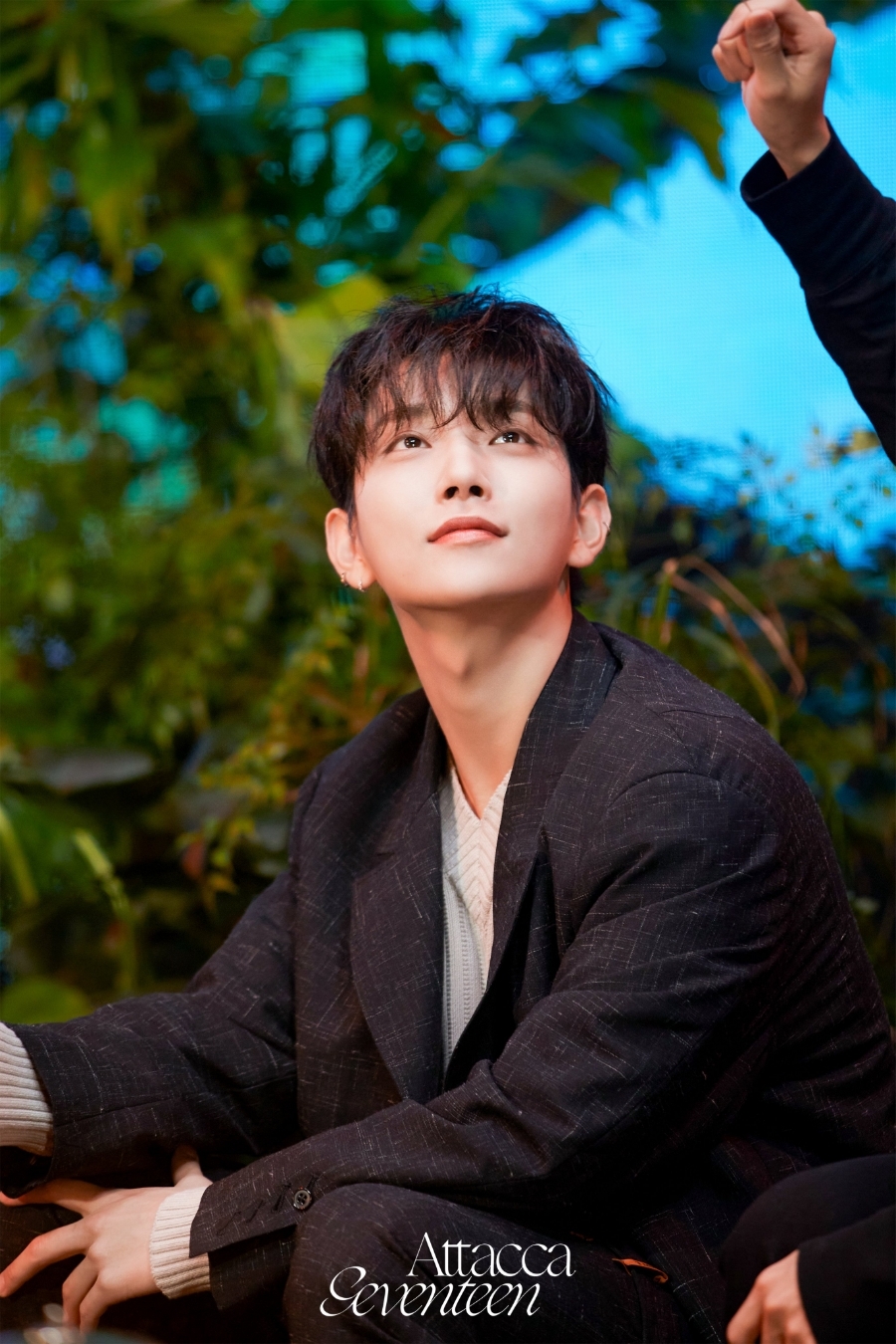 (Credit: Pledis Entertainment)
Seventeen put out its ninth EP, “Attacca,” on Friday, with its first English-language song “2 Minus 1” included among the seven tracks.

“It is a song that Joshua and I sang together,” explained Vernon. It is a digital-only track and was made in English “to express our gratitude toward our fans from around the world,” he said.

The two searched for the best genre to highlight their charms, and as per Vernon’s suggestion, chose pop-punk.

“It is about the feeling of a man who pretends to be unperturbed, using an upbeat melody to sing about the sadness after a breakup,” Joshua said, adding he is curious to see what fans would think of it.

An all-English song may up the chances of realizing one of the band’s dreams: becoming a chart-topper on Billboard 200.

Seventeen’s previous album “Your Choice” entered the Billboard 200 at No. 15. 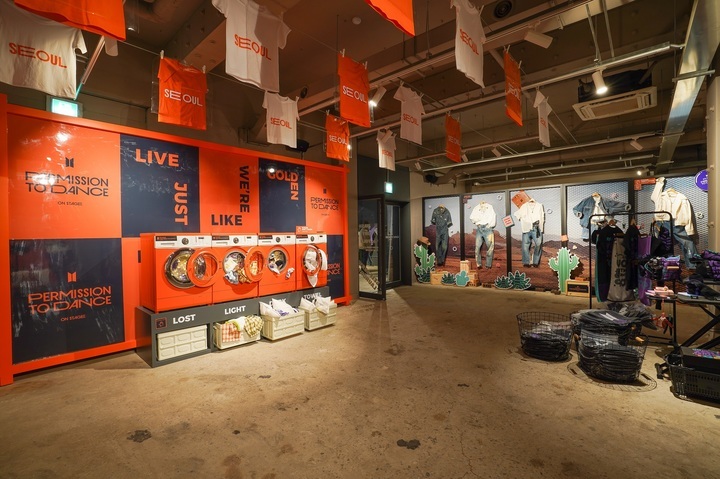 (Credit: Big Hit Music)
BTS fans will have a chance to feel closer to their favorite band at a pop-up shop in Seoul.

The group’s label Hybe announced that a temporary shop named “BTS Pop-Up: Permission to Dance in Seoul” will open from Friday through Nov. 21.

The septet is hosting a digital concert Sunday, and the store uses orange, a standout color from its “Permission to Dance” music video, as the main palette. A laundromat from the video is set up at the store and costumes worn by the bandmates are on display. The new range of merchandise includes cookies and butter, inspired by the megahit “Butter,” as well as a collaboration with McDonald’s available for purchase.

Admission will be limited to follow guidelines for social distancing. 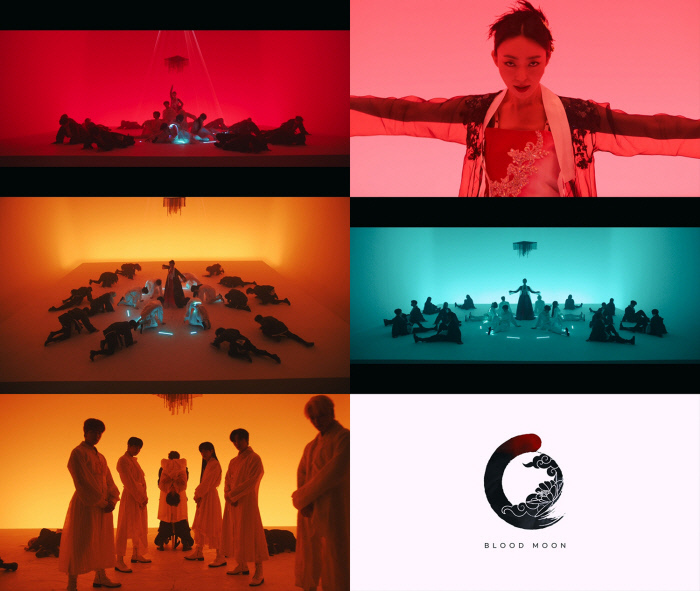 (Credit: RBW Entertainment)
Oneus uploaded a performance video for the intro track from the group’s upcoming sixth EP on Friday.

Titled “Intro: Window,” it shows the six bandmates in hanbok, Korea’s traditional costume, as undead demons, embracing the aesthetics of local tradition. The powerful rap of the band blends with the singing of Choi Yerim, a traditional Korean vocalist.

The video gives a glimpse of the band’s sixth EP “Blood Moon,” piquing the interest of many with its poster featuring a blood red moon drawn in textured strokes.

Oneus will hold its standalone concert series “Oneus Theatre: Blood Moon” on Nov. 6 and 7 and roll out the EP on Nov. 9. 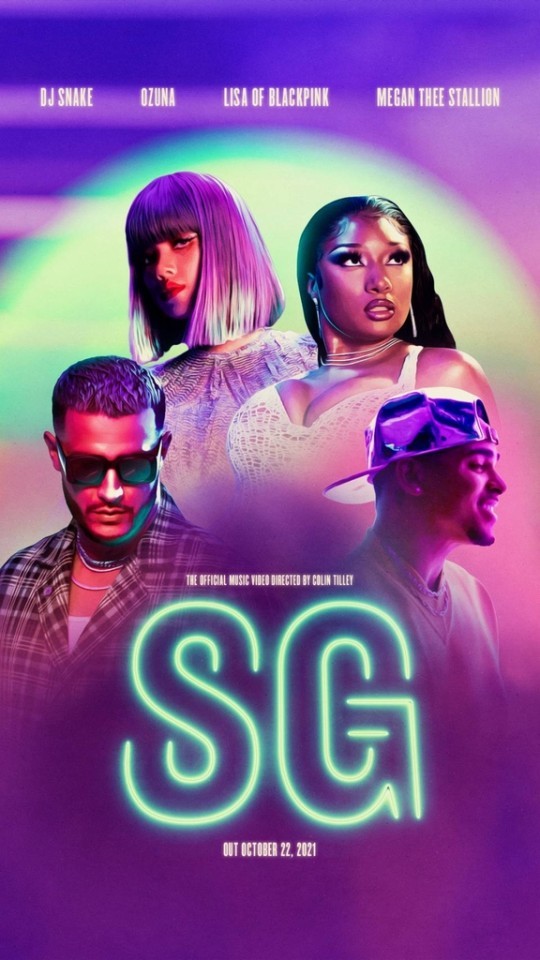 (Credit: YG Entertainment)
Lisa of Blackpink shared her contentment with “SG,” a collaboration with DJ Snake, Ozna and Megan Thee Stallion that was unveiled Friday.

“It is my honor to be able to cooperate with world-renowned artists,” said the artist.

“Since I’ve been very happy throughout the process and had a lot of fun, I hope Blink will listen to ‘SG’ a lot,‘’ she added, addressing Blackpink’s official fandom. “I hope this song can make many people feel good. Come and be happy.”

DJ Snake complimented her, saying, “Lisa’s expressiveness and charisma capture the audience at once ... she did not hesitate to show her charm.”

Lisa recently demonstrated her solo power as “Lalisa,” the title track of her recent EP, topped iTunes songs charts in 72 regions and the global YouTube 100 chart for two weeks. The music video for the song, which is closing in on 300 million views on YouTube, set a mark recognized by the Guinness World Records as the most-watched video from a solo artist in its first 24 hours.