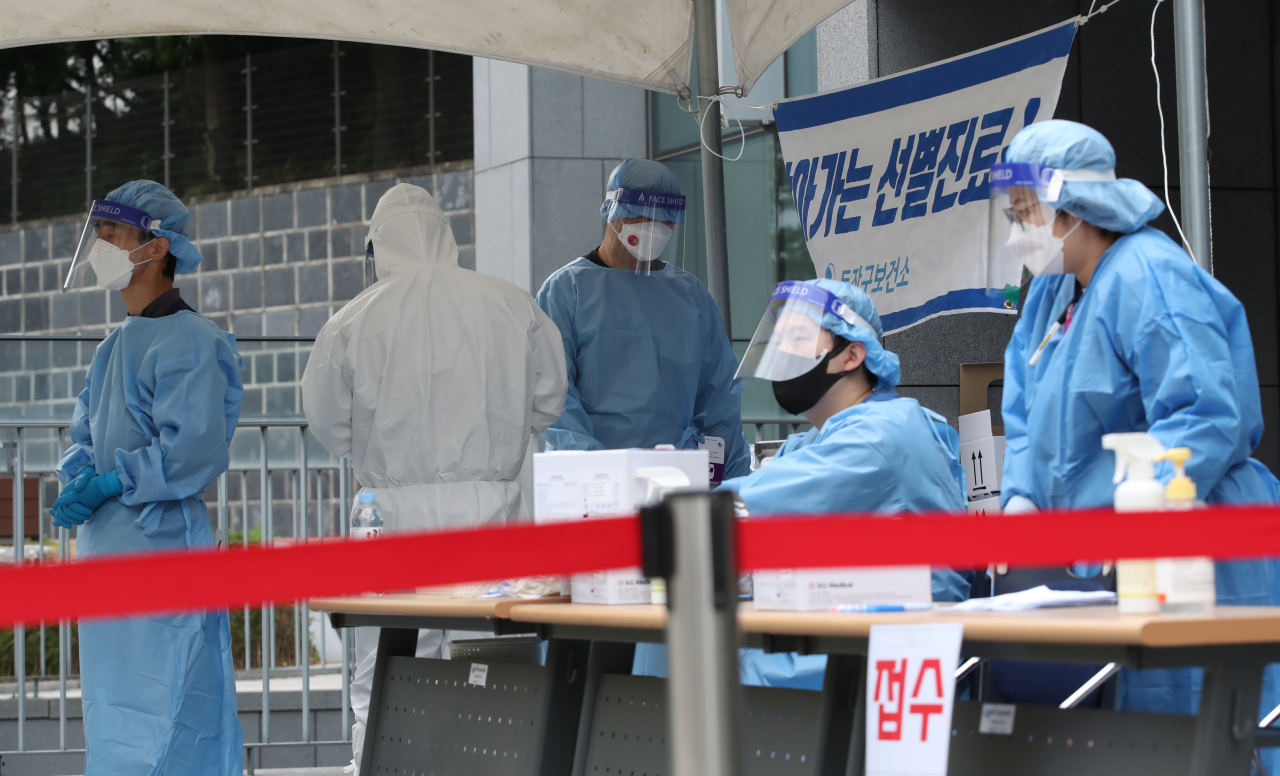 Officials work at a makeshift COVID-19 testing station set up at ChungAng University in Seoul on Monday. (Yonhap)
South Korea's daily coronavirus cases stayed below 2,000 for the 11th straight day Tuesday, as vaccine effects are taking hold with rising inoculations amid preparations for a gradual return to normalcy.

Tuesday's tally is up from the 1,050 counted the previous day, which marked the lowest daily number since July 7, but down from Sunday's 1,420 new cases.

The slowdown in virus cases came as the country has seen a steady increase in the national vaccination rate that experts say appear to be showing effects.

As of Tuesday, 65.9 percent of the 52 million population were fully vaccinated and 78.8 percent had received their first shot. In early July, the full vaccination rate was about 10.6 percent.

The full vaccinated rate is expected to reach over 70 percent by the end of this month, which has been considered a precondition for the gradual plan to put daily life back on track.

The restrictions on private gatherings have been lifted to allow up to eight people in the greater Seoul area since the beginning of this week, provided that four of them are fully vaccinated. A maximum of 10 people, including six fully vaccinated, are allowed in other regions.

The eased rules will apply until the end of this month in what the authorities said would be the last adjustment of social distancing as the country is due to introduce the "living with COVID-19" scheme.

The number of patients released from quarantine after making full recoveries stood at 313,432, up by 1,651 from the previous day, the KDCA said. (Yonhap)