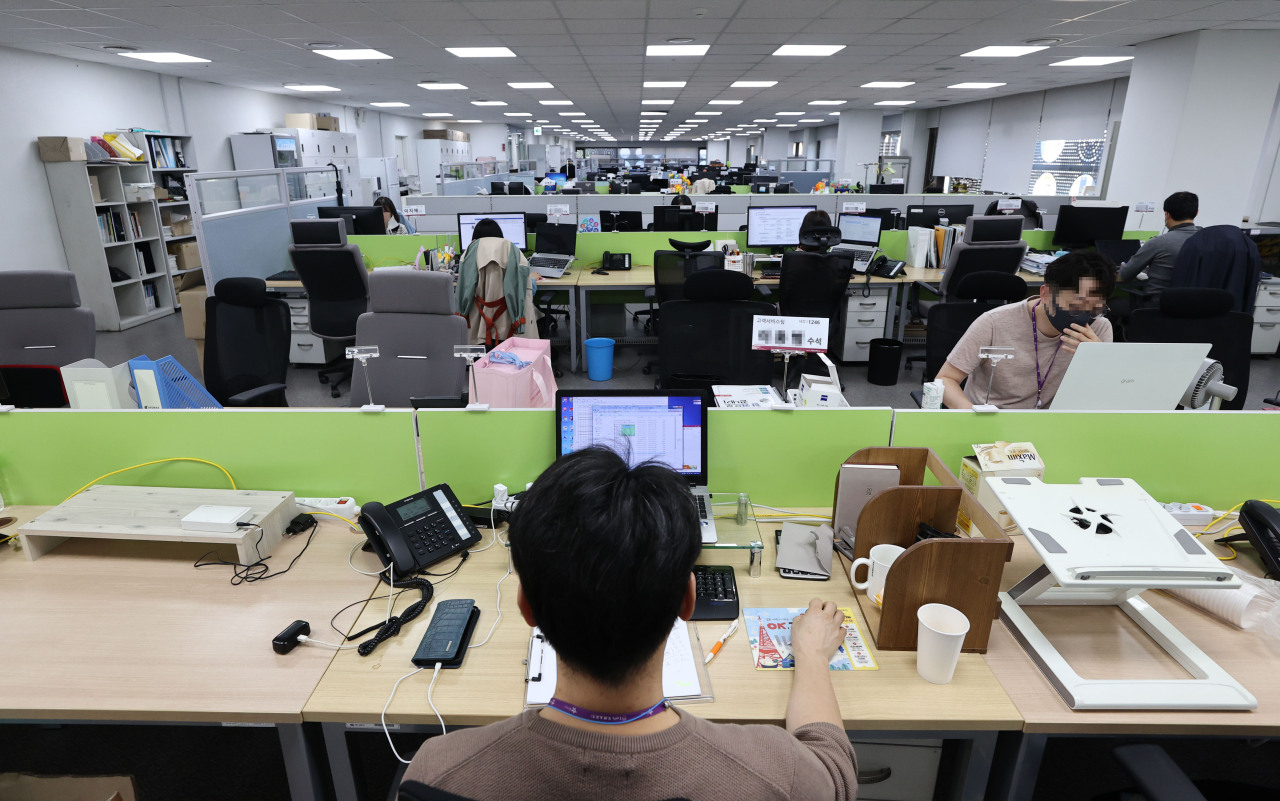 Employees at a travel agency in Seoul return to work on Wednesday, as COVID-19 confirmed cases showed signs of a slowdown. (Yonhap)
South Korea's daily new COVID-19 cases neared the 2,000s on Thursday, but the daily caseload dropped from a week ago as the country ramped up its vaccination rate in a move to prepare for a gradual return to normal life.

The country added 1,940 more COVID-19 cases, including 1,924 local infections, raising the total caseload to 337,679, according to the Korea Disease Control and Prevention Agency (KDCA).

The daily number of COVID-19 cases has stayed in the quadruple digits since July 7.

The health authorities are scheduled to announce new social distancing rules on Friday ahead of the government's plan to get people's virus-hit lives back to normal on a gradual basis starting next month.

The new social distancing rules are expected to include expanding private gatherings to eight people from the current six.

Since July 12, the greater Seoul area, home to half of the country's population of 52 million, has been under the Level 4 social distancing rules, which include restrictions on business operations and private gatherings.

The KDCA said 40.18 million people, or 78.3 percent of the country's population, have received their first shots of COVID-19 vaccines and the number of fully vaccinated people stood at 31.62 million, or 61.6 percent.

The fully vaccinated rate is predicted to reach over 70 percent of the population at the end of this month, which has been considered a precondition for the gradual plan to put daily life back on track.

The number of patients with serious symptoms across the country reached 371, up from 359 the previous day, the KDCA said.

The total number of people released from quarantine after making full recoveries came to 303,719, up 1,653 from a day earlier. (Yonhap)