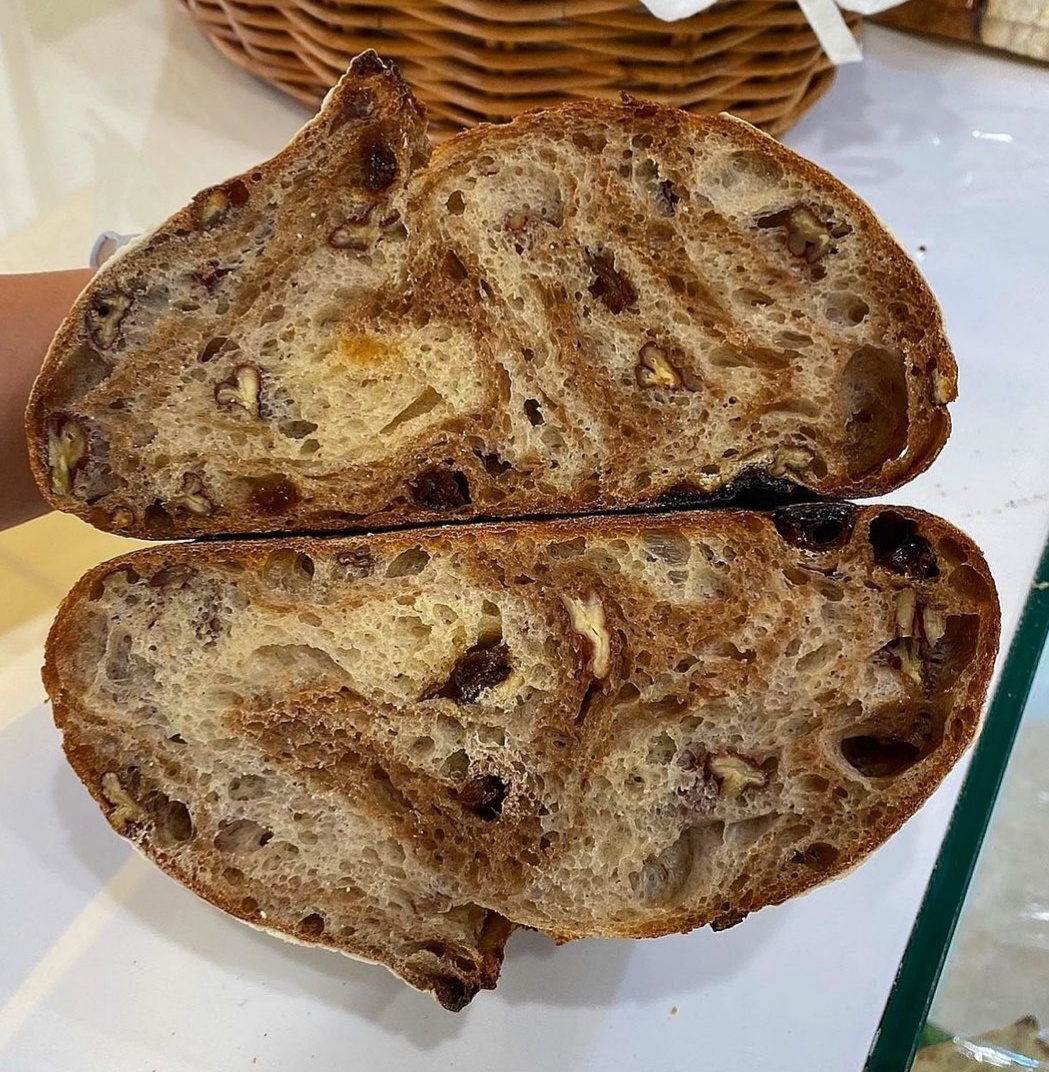 Levain Rules’ cinnamon roll sourdough sports a beautiful cinnamon-colored swirl. (Photo credit: Levain Rules)
A newcomer to the burgeoning bakery scene, Levain Rules has quietly carved out a substantial niche for itself with a mouthwatering selection of sourdough and sandwiches.

Six months have passed since the bakery opened in Seoul’s Samseong-dong and not only has the bakery expanded to a second location in Shinsegae Gangnam, but the baked goods are so popular that it can be difficult to get one’s sandwich of choice after 2 p.m. 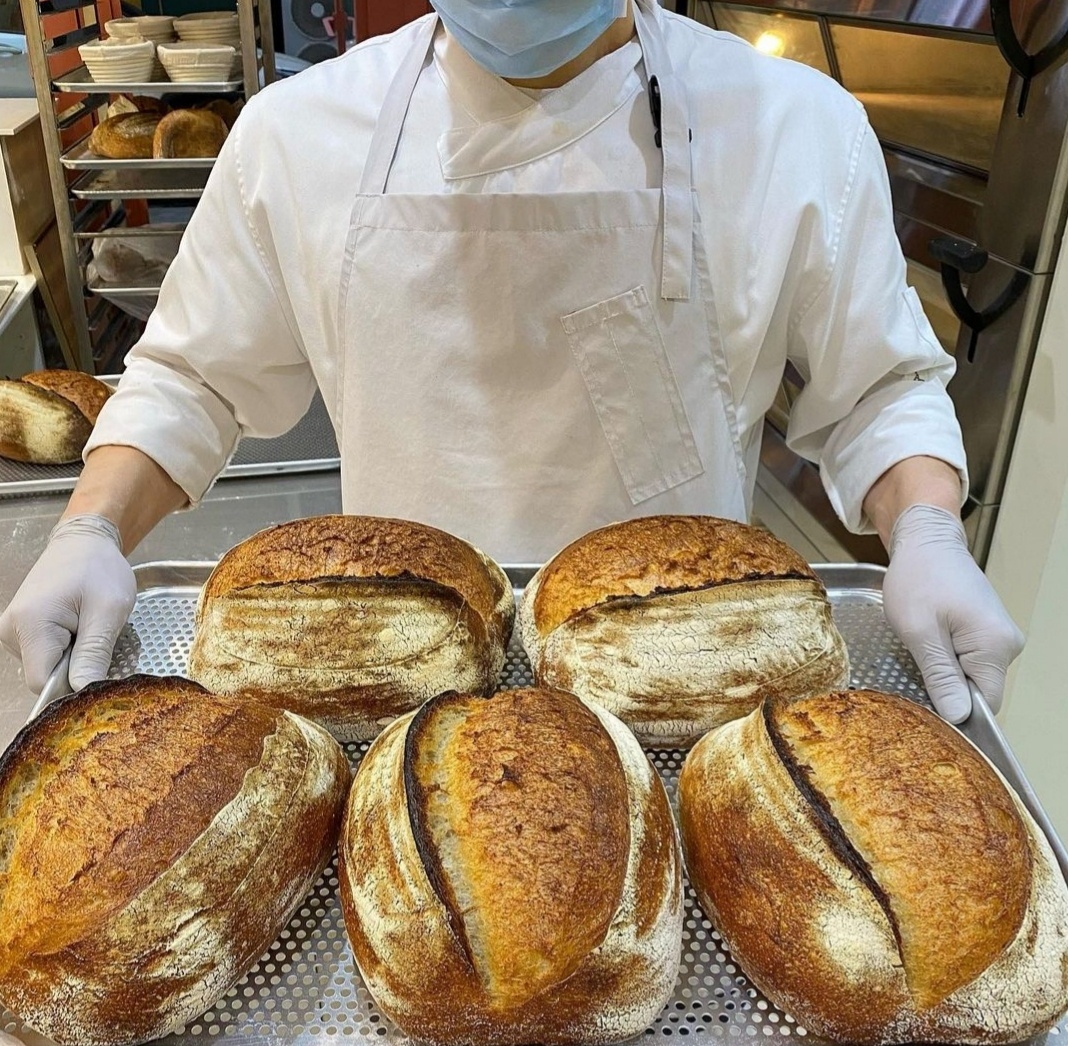 “We make our bread early every morning so one can get fresh sourdough daily,” says executive sous chef Seo Hee-myung. (Photo credit: Levain Rules)
“We make a limited number of sandwiches so customers can enjoy them fresh,” executive chef Hwang Seung-hwan, 32, explained in an email interview. “One can find all the sandwiches until 1 p.m. to 2 p.m.”

Then there is the sourdough, including the recently released cinnamon roll variation, which can prove tricky to nab if one arrives late. 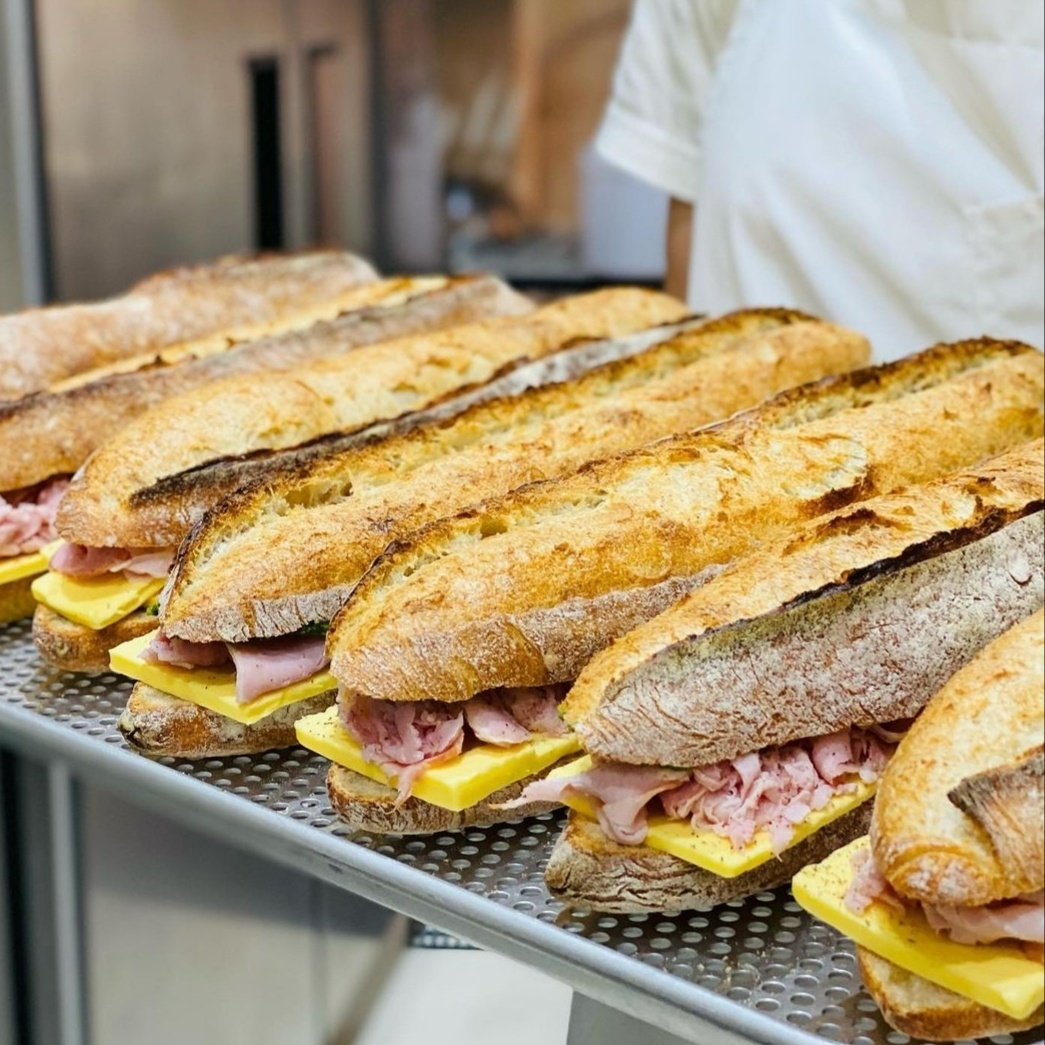 Levain Rules whips up a variation of the popular jambon-beurre sandwich which features locally sourced ham from a Jeju Island charcuterie. (Photo credit: Levain Rules)
If one does manage to get a loaf of that fragrant cinnamon roll sourdough, it might still be warm from the oven, chewy and soft, spiced and sweet.

There is something comforting about warm, freshly baked bread, making it tempting to nosh on slice after slice, slathered with butter or cream cheese or jam.

“We make our bread early every morning so one can get fresh sourdough daily,” executive sous chef Seo Hee-myung, 34, explained. 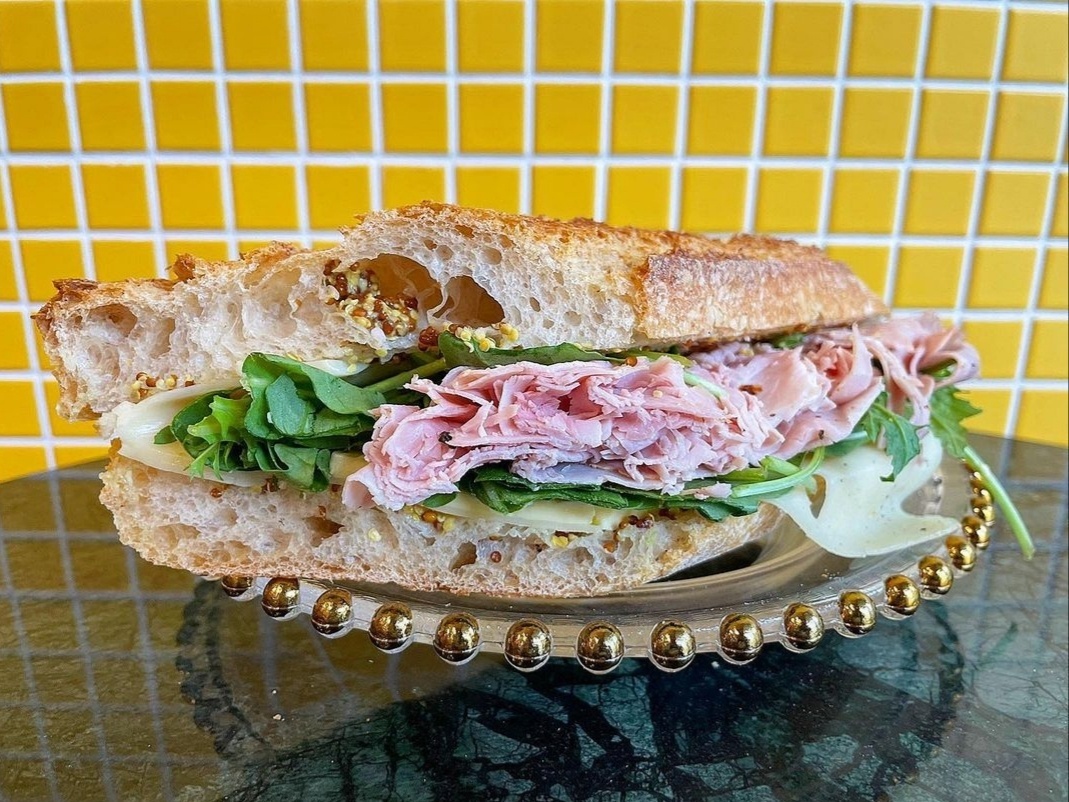 “All the baked goods christened sourdough are made with levain, which is a natural starter,” said Seo. “We do not use any commercial yeast in them.”

Hwang went on to explain how adjusting the hydration percentage of the dough when combining it with their levain, monitoring how the dough is mixed and baked also play a significant role in the elastic yet tender texture of their sourdough.

There are around seven varieties of sourdough, including the bakery’s memorable cinnamon roll version.

Studded with raisins and nuts, each slice of Levain Rules’ cinnamon roll sourdough sports a beautiful cinnamon-colored swirl throughout.

“I wanted to craft a sourdough that served as a motif of the cinnamon rolls my homestay ‘father’ used to make me when I was studying abroad in America,” Hwang said, explaining the inspiration behind the cinnamon roll sourdough, which was released this May. 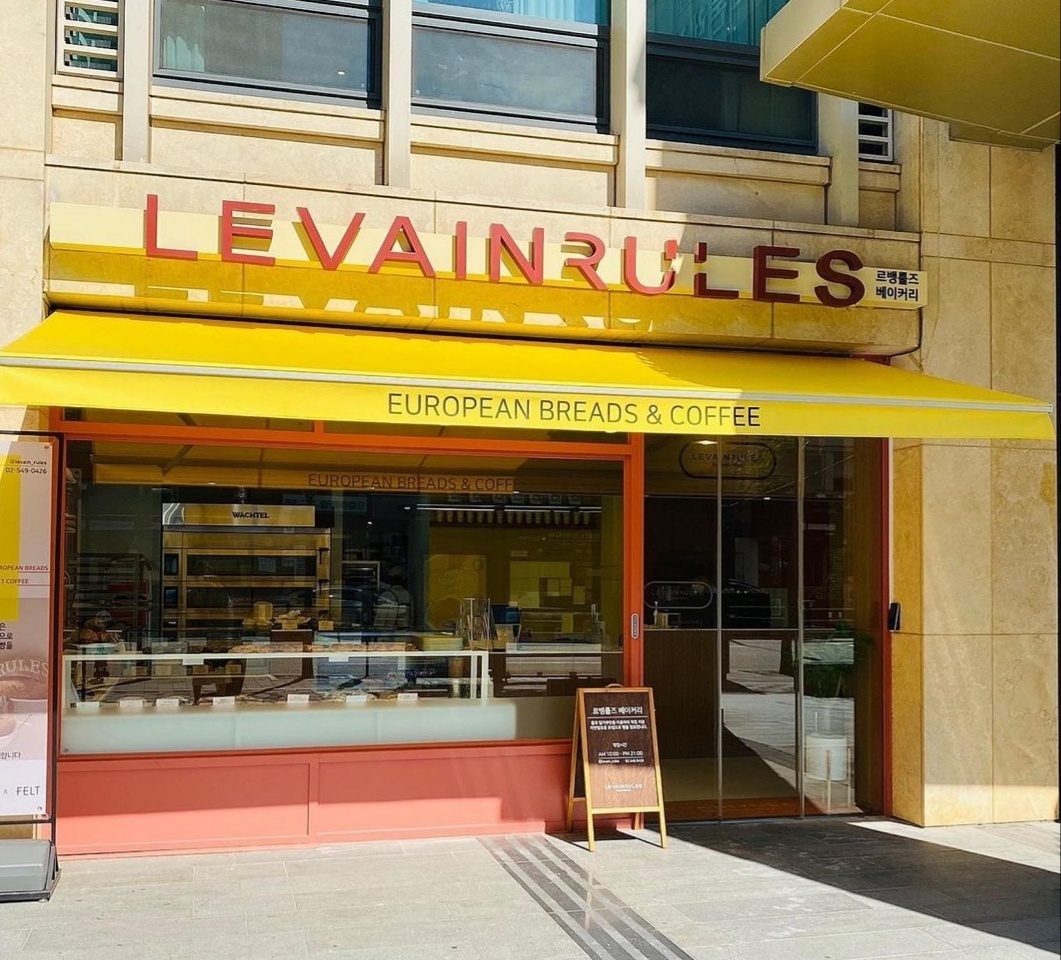 Levain Rules opened in Samseong-dong, Seoul, in April. (Photo credit: Levain Rules)
Both Hwang and Seo studied at the Culinary Institute of America, said the baking duo, before teaming up at Levain Rules.

In addition to enticing riffs off sourdough, the team at Levain Rules also whip up various versions of the popular jambon-beurre sandwich from a basil pesto variation to a variation featuring locally sourced ham from a Jeju Island charcuterie.

“We get the ham in every week and slice it at the store,” said Seo.

“After the black pork ham has been cured, it undergoes a tumbling process to achieve an even distribution of salinity and flavor before finally undergoing a smoking process,” Seo said.

The resulting ham is unctuous and deliciously smoky, cradled between two slices of crackly baguette and a generous slice of butter.

Other riffs include a rucola fromage version that features ham, rucola, Gouda cheese, a decent layer of wholegrain mustard and, of course, butter. 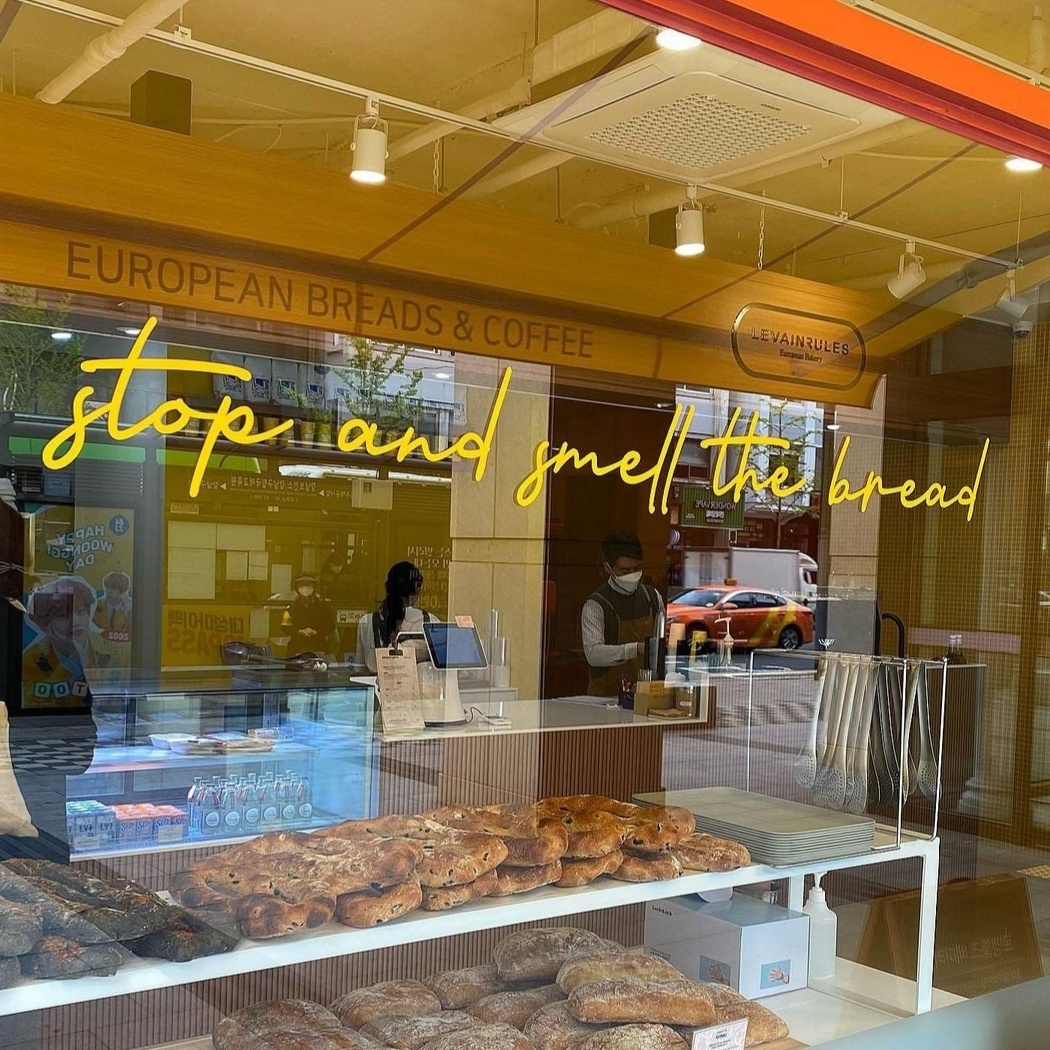