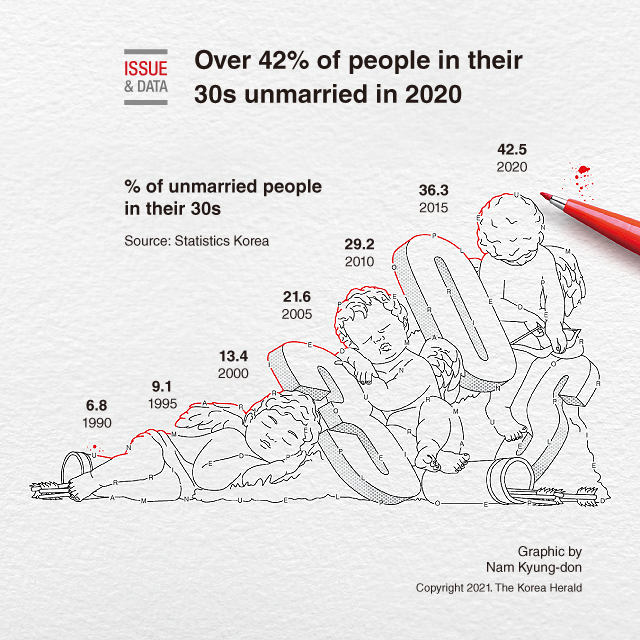 More than 42 percent of 30-somethings in South Korea remained unmarried last year, census data showed, underscoring the trend in which many young people delay or give up on marriage, amid a prolonged economic slowdown.

Out of 13.7 million single people aged 15 and older, 2.82 million people were in their 30s last year, up from 2.68 million five years prior, according to the 2020 census by Statistics Korea.

The percentage of unmarried people in their 30s reached 42.5 percent last year, up 6.2 percentage points from 36.3 percent in 2015, the data showed. (Yonhap)