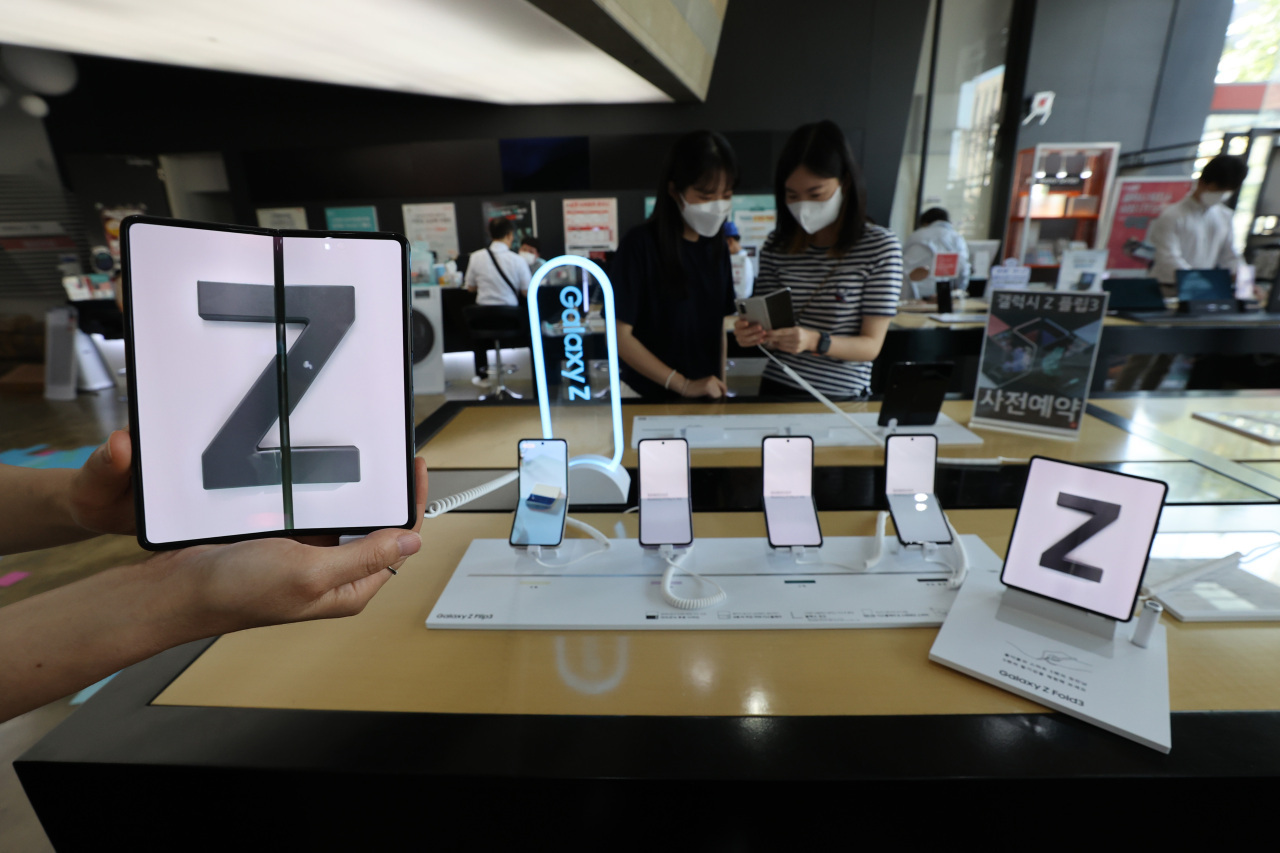 The third generation of the Galaxy Z series is set to surpass the 1 million sales milestone just about a month after its launch on Aug. 27, according to the officials in the telecom industry.

Such a sales pace is similar to that of the Galaxy Note 10 and the Galaxy S8 that were the fastest to top the 1 million sales mark in South Korea.

Preorders for new Galaxy Z smartphones reached 920,000 units in a seven-day reservation period here, and 270,000 of them were activated on the first day of the pre-activation period, a record number for any Galaxy device.

Due to their high popularity, Samsung even had to extend the early activation period of preordered Galaxy Z smartphones.

Of the two models, the Z Flip3, a clamshell-type phone, was sold twice as much as the Z Fold3 that folds in half like a book.

Both the Z Fold3 and the Z Flip3, powered by a 5-nanometer application processor, were launched with lower price tags compared with their predecessors, as Samsung strives to mainstream the foldable smartphone category and beef up its presence in the premium market. (Yonhap)