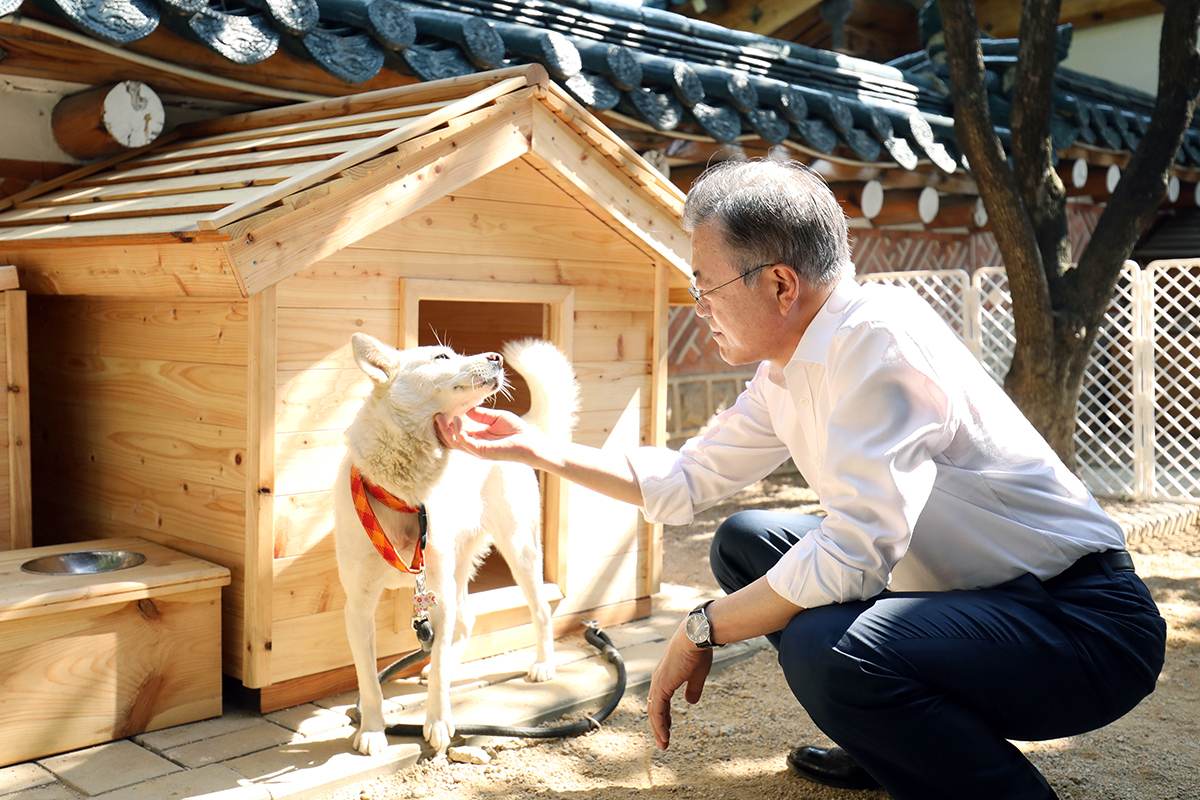 Moon made the comments after he was briefed on the government’s new measures to protect abandoned animals, including upgrading a registration system and inspecting all animal protection centers to check for abuse or neglect.

Moon himself is an animal lover. He and first lady Kim Jung-sook raise several dogs and cats at the presidential residence. Early this month, he announced on Facebook the birth of seven puppies of the North Korean Pungsan breed, born to one of two dogs gifted to him by North Korean leader Kim Jong-un in 2018.

Despite his affection for animals, the president has been cautious about urging a complete ban on dog consumption considering pressure from stakeholders such as producers and distributors nationwide.

His shift in stance may come with a change in public sentiment in recent years amid a surge in the number of households with pet dogs or cats. According to the Agriculture Ministry, the number has almost tripled from 2.57 million in 2015 to 6.38 million in 2020.

During the same period, demand for dog meat has been drastically reduced, with the country’s three biggest dog meat markets having shut down.

The National Assembly has already started related discussions after a bill was submitted last year to revise the Animal Protection Act, which prohibits the cruel slaughter of dogs and cats but not dog consumption.

Gyeonggi Gov. Lee Jae-myung, one of the presidential hopefuls from the ruling liberal bloc, has also promised a ban on dog meat as one of his key campaign pledges.