[ The Korea Herald – Send E-mail ]
[Herald Interview] Cars are going electric. What about ships and airplanes?
Neste, a Finnish oil refiner and the world’s largest producer of renewable diesel and sustainable aviation fuel, calls for a greater diversity of fuels for an inclusive green transition
By Kim Byung-wook
Published : Sep 27, 2021 - 16:01
Updated : Sep 28, 2021 - 17:10 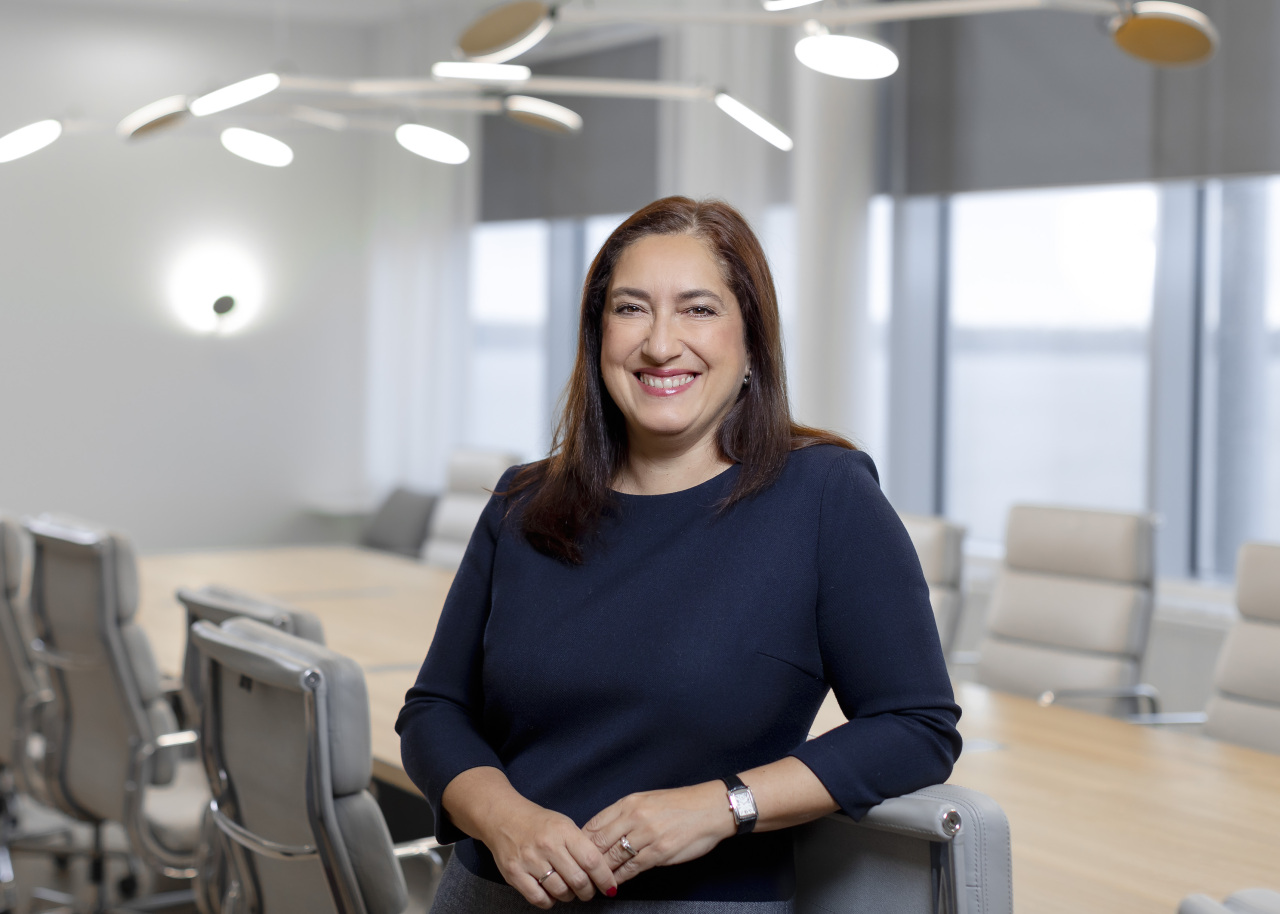 Mercedes Alonso, Neste’s executive vice president for renewable polymers and chemicals (Neste)
The whole world is talking about the electric future of mobility, with auto brands churning out a dizzying array of electrified passenger cars.

But for commercial vehicles such as cargo trucks, airplanes and freight ships -- which have to carry as many payloads as possible -- batteries are simply too heavy and expensive.

Like it or not, they need liquid fuels for the time being. In that case, why not just make a new, eco-friendly fuel out of renewable materials?

During an interview with The Korea Herald, Mercedes Alonso, executive vice president for renewable polymers and chemicals for Neste, the world’s largest producer of renewable diesel and sustainable aviation fuel, based in Finland, stressed the need for different options to propel the full green transition in the transport sector.

“This is an evolution, not a revolution. We cannot just change overnight. In aviation, for example, you cannot replace so quickly with batteries. You cannot decarbonize chemistry,” Alonso said.

“Also, a car’s life expectancy is about 11 years, so even if we change everything as of 2025, you will see them still driving with diesel in 2035. So I’d rather have them (run) with renewable diesel. So if you ask me, they will become as good as any electrical vehicles.”

With production facilities spread across Finland, the Netherlands and Singapore, Neste collects all sorts of fat -- used cooking oil and animal fat from the food industry, vegetable oil residues, fish fat -- and turns it into a renewable diesel fully compatible with internal combustion engine vehicles. Its renewable diesel is available in hundreds of locations in Europe and the US combined.

This renewable diesel can cut emissions by up to 90 percent compared with fossil-based diesel and has a clear advantage over biodiesel, Alonso said.

While biodiesel is added to petroleum diesel, with a blend rate of no more than 5 to 7 percent, renewable diesel can be used on its own, the executive said.

Based in the firm belief that the green transition will come from the innovation of materials, Neste is exploring plastic waste as a feedstock for its renewable products.

“The next step will be waste plastic as a resource. This has the double advantage of taking waste away from waste streams and making them a product that can replace fossil fuel and reduce greenhouse gasses,” the executive said.

“Only 10 percent of (plastic waste) gets collected and recycled. We are finding ways of taking it out of incineration facilities, landfills and the environment by using it again in the value chain.”

According to Alonso, Neste’s venture into renewable materials began more than two decades ago. The transformation, despite ups and downs, seems to be paying off now. Last year, the company’s revenue stood at 11.8 billion euros ($10 billion) and the comparable operating profit was 1.4 billion euros, 94 of which came from renewable products.

“It was a very difficult decision because at the time, there was very little interest. Also, abundant shale gas and other fossil fuels were coming on stream. But it was important for us to show a long-term (vision) and resilience,” she said.

In the first half of this year, 92 percent of Neste’s renewable raw materials were based on waste and residues. By 2025, the company aims to source entirely from waste and residues or novel oils that do not have an environmental impact.

Neste is currently expanding its Singapore refinery to increase its annual production capacity of renewable products from 1.3 million tons to up to 2.6 millions tons by the first quarter of 2023, which would increase its global figure up to 4.5 million tons.

Replacing fossil feedstock in the production of 1 million tons of polypropylene with renewable feedstock, for instance, leads to a greenhouse gas emission reduction equal to the annual footprint of close to 600,000 average citizens in Europe, according to Neste.

In November, Neste joined hands with LG Chem to help South Korea’s leading chemical firm replace the fossil feedstock commonly used in the manufacturing of polymers and chemicals with Neste’s renewable materials. This would allow LG Chem to meet the stronger climate regulations exemplified by Europe’s Fit for 55, announced this summer, which imposes tariffs on carbon-intensive products.

“There is still a lot of discussion on the mechanism to regulate green product, but manufacturing products with sustainability in mind will definitely lower the (trade) barriers physically and literally on exports and imports, whether it’s Europe or Asia,” Alonso said.