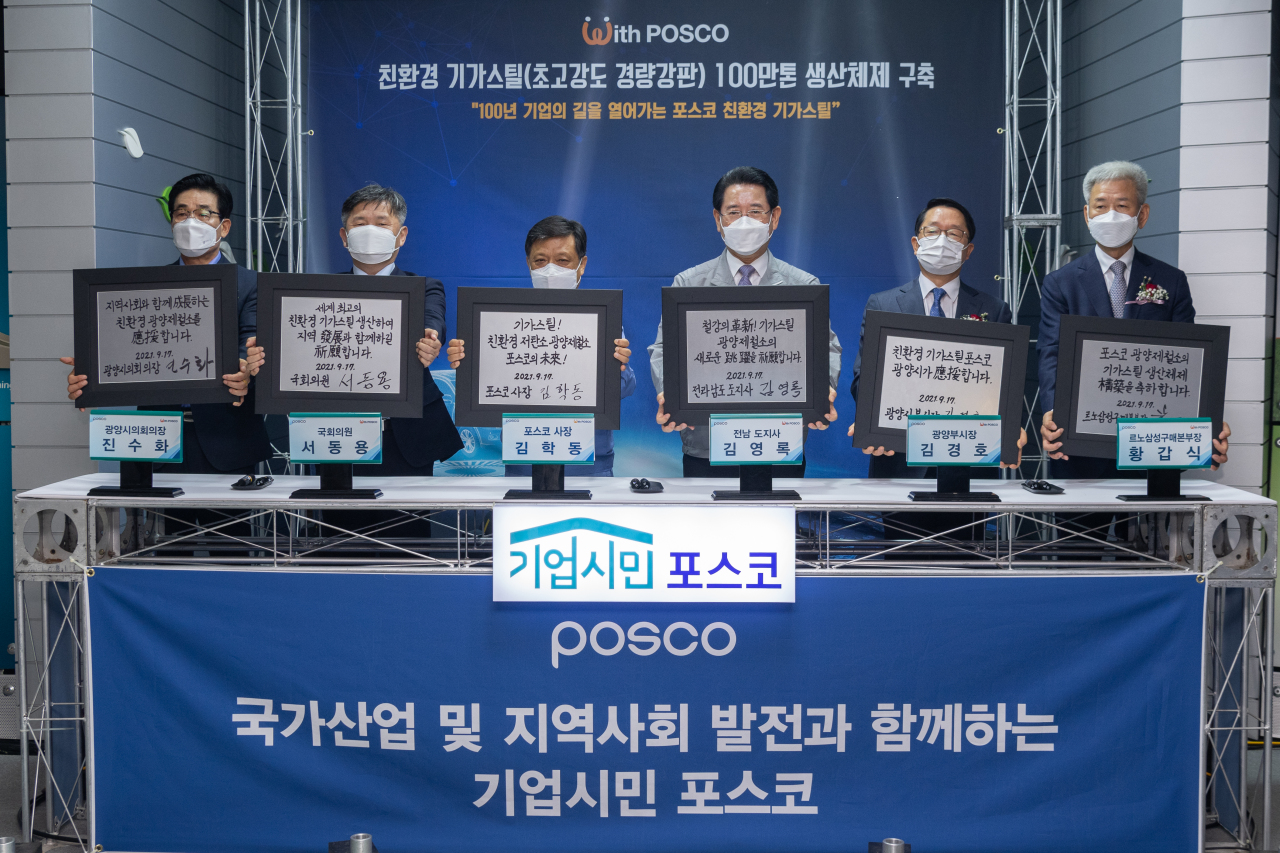 Amid the expanding global market for eco-friendly cars and rising demand for lightweight vehicles, Posco said it has invested about 500 billion won ($425 million) since 2017 to build and expand the production facility for the high-strength steel inside the Gwangyang steel mill in Gwangyang, South Jeolla Province.

“Since its first production of steel in April 1987, Gwangyang Steelworks has grown into the world’s largest steel mill producing the best automotive steel products,” Kim Hak-dong, chief of Posco’s steel business, said during the celebratory event held at Gwangyang Steelworks.

“I am confident that, from establishing the 1 million-ton production system, Posco will stand in a position of advantage in the global market as an eco-friendly auto parts supplier in the fast-growing new mobility market.”

According to Posco, its giga steel is three times stronger than aluminum products, and it is also lighter and eco-friendly, providing a favorable solution for carmakers that want to make strong, safe cars.

Gigal steel reduces the total emissions of carbon dioxide from the entire process of production to assembly by a fourth of emissions from aluminum products, Posco added.

Posco said the global giga-level steel industry is expected to grow 13 percent annually, citing data from IHS Markit. The global production volume of the high-strength steel was 6.7 million tons in 2020, and the market research firm viewed it would rise to 12.4 million tons in 2025.