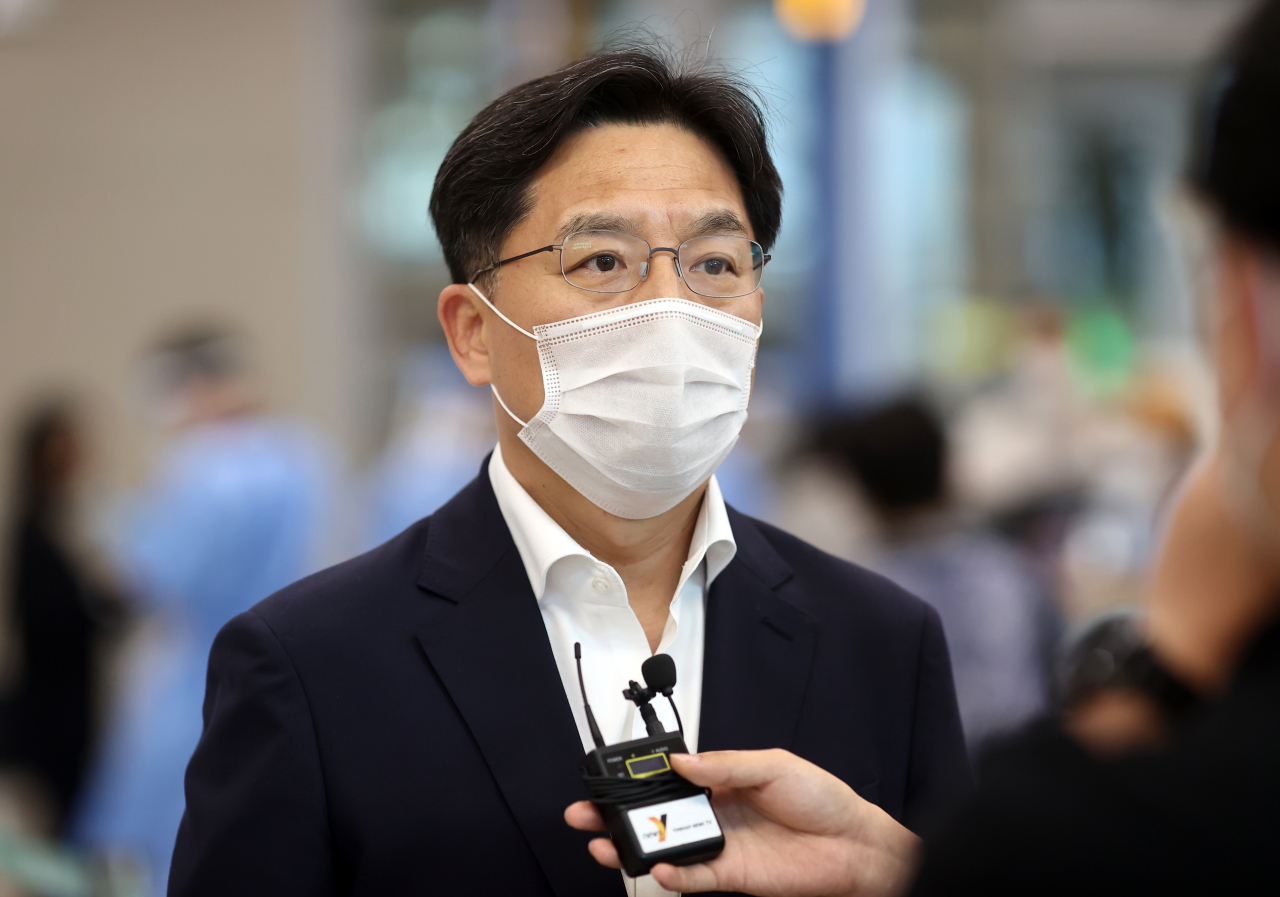 South Korea's top nuclear envoy departed for Japan on Sunday for bilateral and trilateral talks with his US and Japanese counterparts on North Korean issues.

"I expect that the upcoming talks will be a productive step to accelerate the Korean Peninsula peace process," Noh Kyu-duk told reporters before his departure at Incheon International Airport in Incheon, west of Seoul.

During his three-day trip, Noh will meet with his US and Japanese counterparts, Sung Kim and Takehiro Funakoshi, respectively, to discuss ways to strengthen policy coordination in reengaging with Pyongyang amid concerns over signs of the reclusive regime restarting a plutonium-producing nuclear reactor.

He also plans to meet bilaterally with Funakoshi on Monday and Kim on Tuesday, according to Seoul's foreign ministry.

Noh said the three countries will discuss humanitarian aid and other incentives to encourage the North's return to dialogue as the country struggles with economic and other hardships exacerbated by pandemic-driven border closures.

"What we consider the most important is to start talks with North Korea," Noh told reporters. "There has been considerable progress in discussions about South Korea and the US jointly carrying out humanitarian cooperation projects for North Korea."

In bilateral talks with Japan, Noh said he will explain the Seoul-Washington consultations and discuss bilateral collaboration.

The upcoming three-way meeting came after South Korea and the US held talks in Seoul and Washington last month -- in an indication of beefed-up cooperation over the North Korean issue.

During his last visit to Seoul, Kim stressed the US does not hold hostile intent toward the North and renewed his offer to "meet with my North Korean counterparts anywhere, at anytime."

"Those moves show Seoul and Washington's commitment to the complete denuclearization of and lasting peace on the Korean Peninsula," Noh said. "The two governments have made prudent efforts to resume the dialogue with the North, which has remained stalled."

The three envoys from South Korea, the US and Japan last held a three-way meeting in Seoul in June. (Yonhap)