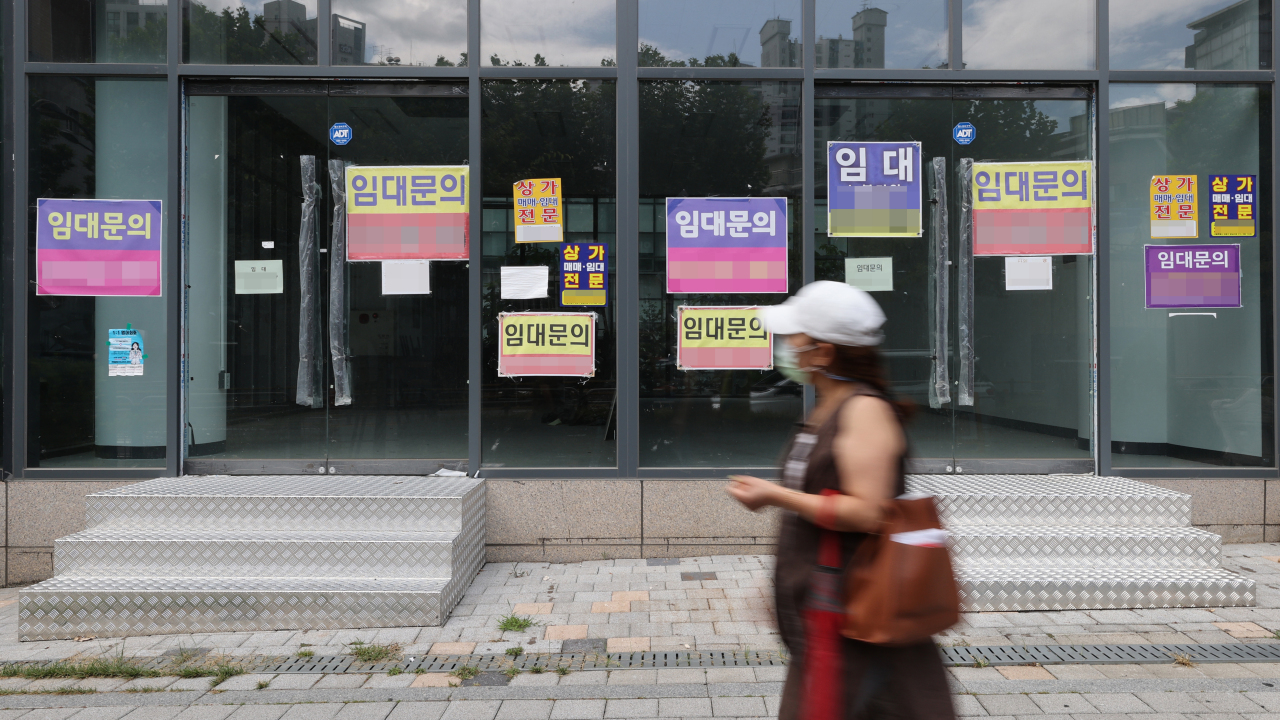 Wanted ads for retail tenants are seen in a commercial district, some of whose offices are vacant, in Hawangsimni-dong, Seoul, on Aug. 18. A series of business closures are occurring among the self-employed amid a sagging economy stemming from the pandemic. (Yonhap)
SEJONG -- The job market of South Korea has shown few signs of improvement this year after it was severely hit by the pandemic throughout last year, data from a state agency showed.

These are dubbed “discouraged workers,” referring to those who did not carry out job-seeking activities for the most recent four weeks or longer, though they had looked for jobs within the past 12 months.

Further, the July 2021 tally for discouraged workers reached an all-time high on the basis of comparison of each July since 2014, when the nation started compiling the relevant data. 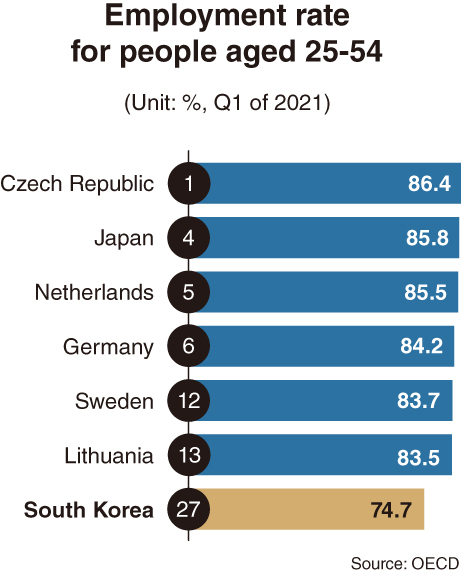 (Graphic by Kim Sun-young/The Korea Herald)
The tough hiring market has particularly deteriorated job opportunities for college and high school graduates, according to official research on the economically active population.

The 58.6 percent employment rate indicated that only 3.78 million of the population (6.46 million) of those aged 20-29 had jobs, Statistics Korea data showed.

The low figure among the young age group could be attributable to university students in their early and mid-20s, who were still preparing for employment or extending their studies at graduate schools.

But recent analysis from the Organization for Economic Cooperation and Development showed that Korea lagged behind in the employment rate for the “core” working-age population of those between 25 and 54 years old.

Korea ranked 27th out of 33 members in the French-based organization’s comparison of employment for the corresponding age group during the first quarter of 2021. Of the total 37 OECD members, Iceland, Switzerland, Turkey and the UK were not included in the research.

The nation far lagged behind Japan, whose employment rate for those aged 25-54 reached 85.8 percent (No. 4) despite the pandemic.

While Asia-Pacific neighbors such as New Zealand and Australia ranked above Korea at 83.9 percent and 81.6 percent, respectively, some emerging economies posted far higher figures: the Czech Republic at 86.5 percent (No. 1), Slovenia at 86.2 percent (No. 2), and Estonia at 83.8 percent (No. 9).

Others ranked above Korea were Poland with 83.8 percent, Lithuania with 83.5 percent, Slovakia with 81 percent and Latvia with 79.9 percent.

While Korea remained under the OECD average of 76.8 percent, countries with figures above the average included Sweden, Austria, Norway, Denmark, Finland, France, Canada and Belgium.

According to the Supplementary Index III for Employment, compiled by Statistics Korea, the tally for “the employed plus the underemployed” was 3.86 million as of July, with the de facto jobless rate reaching 12.7 percent among the nation’s economically active population.

The tally for the de facto jobless marked an increase by about 570,000, compared to 3.29 million at the end of 2019, about a month before COVID-19 initially hit the nation.

The Index III provides a method of calculating unemployment that counts underemployed people among the de facto unemployed. This category includes those who work fewer than 36 hours a week and want to work more, as well as seasonal workers who are out of work for part of the year.