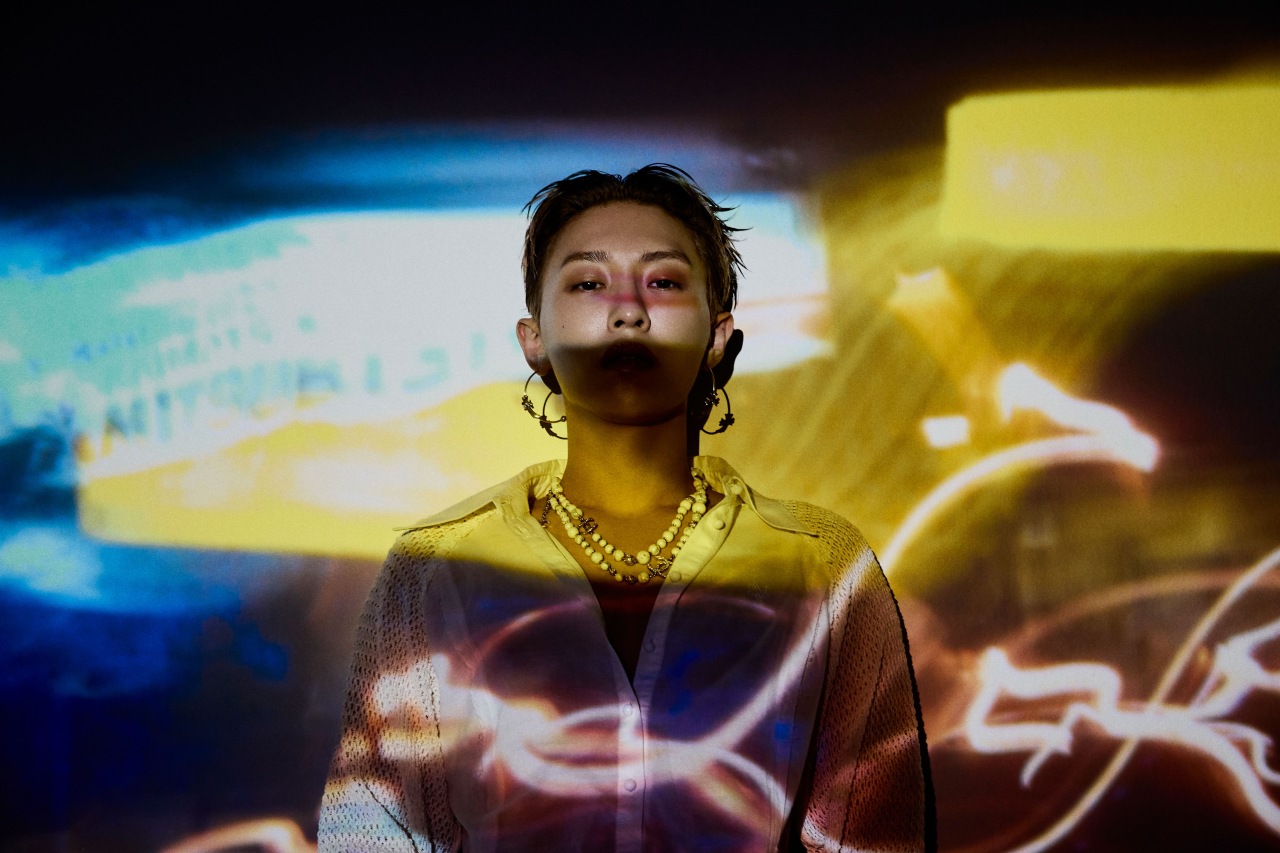 DPR Live (DPR)
It’s often said that one’s life follows one’s name -- how we label ourselves can shape the attitude we take in life, affecting our decision-making, and in end, determining our destiny.

And since forming in 2015, Dream Perfect Regime, an independent multi-genre music and video production label, has tried to do just that.

“Our spirit was to set the goal as high as possible and just try our best to get the closest we could to it. The dream felt far-off at first, yet we had a sense of hope. We still have that ambition, perhaps with more conviction now,” DPR Live told the Korea Herald during a recent interview conducted in August following his release of EP “Iite Cool.”

At first, it was just a pack of friends with a similar interest in music, video and art, backed by a genuine, ardent passion for creation. That aspect has not changed, according singer-rapper DPR Live, but now, their dream resonates with millions of fans around the world and some of the biggest musicians in K-pop.

With videographer and singer DPR Ian at the helm, nine members including crew members DPR Live, Ian, Rem and Cream, make up the label, achieving synergy through each of their unique talents, while at the same time realizing their own ideals as individual musicians and artists.

It all started when DPR Live, real name Hong Da-bin, and DPR Ian, also going by his real name Christopher Yu, first connected through their passion for dance and music. They were joined over the years by people with similar backgrounds and interests, but with different skill-sets. It was DPR Rem, initially a friend of Ian, who turned vision into business.

“Around when I was 21 and Ian 24, I met Rem through Ian. We all loved music very much and felt that we shared a desire to make something out of it. And it was Rem, this guy with a clear, concrete mind for business, who blew life into Ian and my ideas for creation,” Live said.

Ahead of dropping their smash hit debut EP “Coming To You Live” in March 2017, they spent a year or so underground, making music for online release. With no professional experience in music production, the group started from scratch and learned as they went. With executive producer Rem and video producer Ian at the helm, the group initially made themselves known as a visual team. 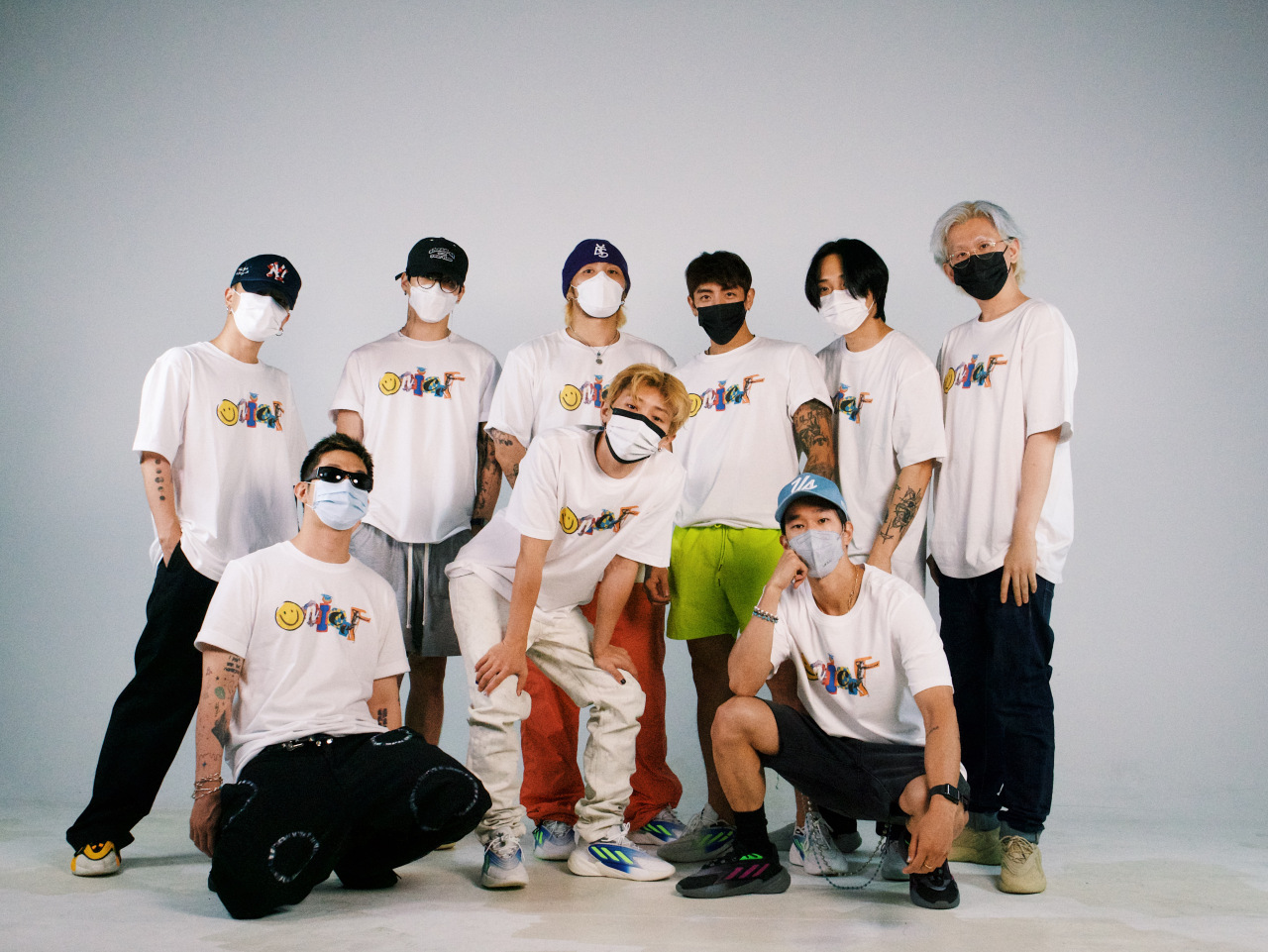 Members of DPR crew (DPR)
Pouring all knowledge and profit gained from such process back into making their own content, DPR soon gained recognition in the mainstream without promotional activities on TV. Paying off their genuine efforts, their debut EP featured some big K-pop names, including Jay Park, Crush and Loco.

“I think focusing on the quality of our work, and doing everything hands-on, including video productions, made it possible for us to gain respect from other artists,” DPR Live said.

“There was a time when we used to release songs for free online, and many artists gave shout-outs on social media, which was really cool. It was all a natural process, I think, based on mutual respect for each other.”

The group’s motto is to stay true to what they believe and aim for the best, and everything else will follow, whether it be fame, money or success.

“It’s really simple – we’re certain that everything will work out as long as we put our lives into our music and art. This attitude has been with us from the very start and will hopefully continue forever. We know that our listeners will feel that, and that’s what matters the most.”

It didn’t take long for such organic, unique sound from DPR to ring hearts of fans around the world.

Releasing second EP “Her” in late 2017, DPR Live, backed by his crewmates, soared to fame, becoming one of the most aspiring artists in Korean hip-hop.

But the rush of attention put pressure on DPR Live, who’d only thought about making music until then. And 2018 and 2019 brought a “slump” during which he he spent most of his time off the public radar and away from close companions.

Walking out of the long dark tunnel, in March 2020, DPR Live shared the process of self-reflection through his first full-length album “Is Anybody Out There?” In his previous interviews, DPR Live compared the album to a blank canvas upon which he instinctively drew his emotions, capturing them with whatever sound he thought best expressed them.

“The virus pandemic has pushed everyone into a bleak period. There are limits on all levels, so many restrictions stopping people from having fun together. We wanted to deliver a vibrant energy so that people could have a cool summer,” DPR Live said. 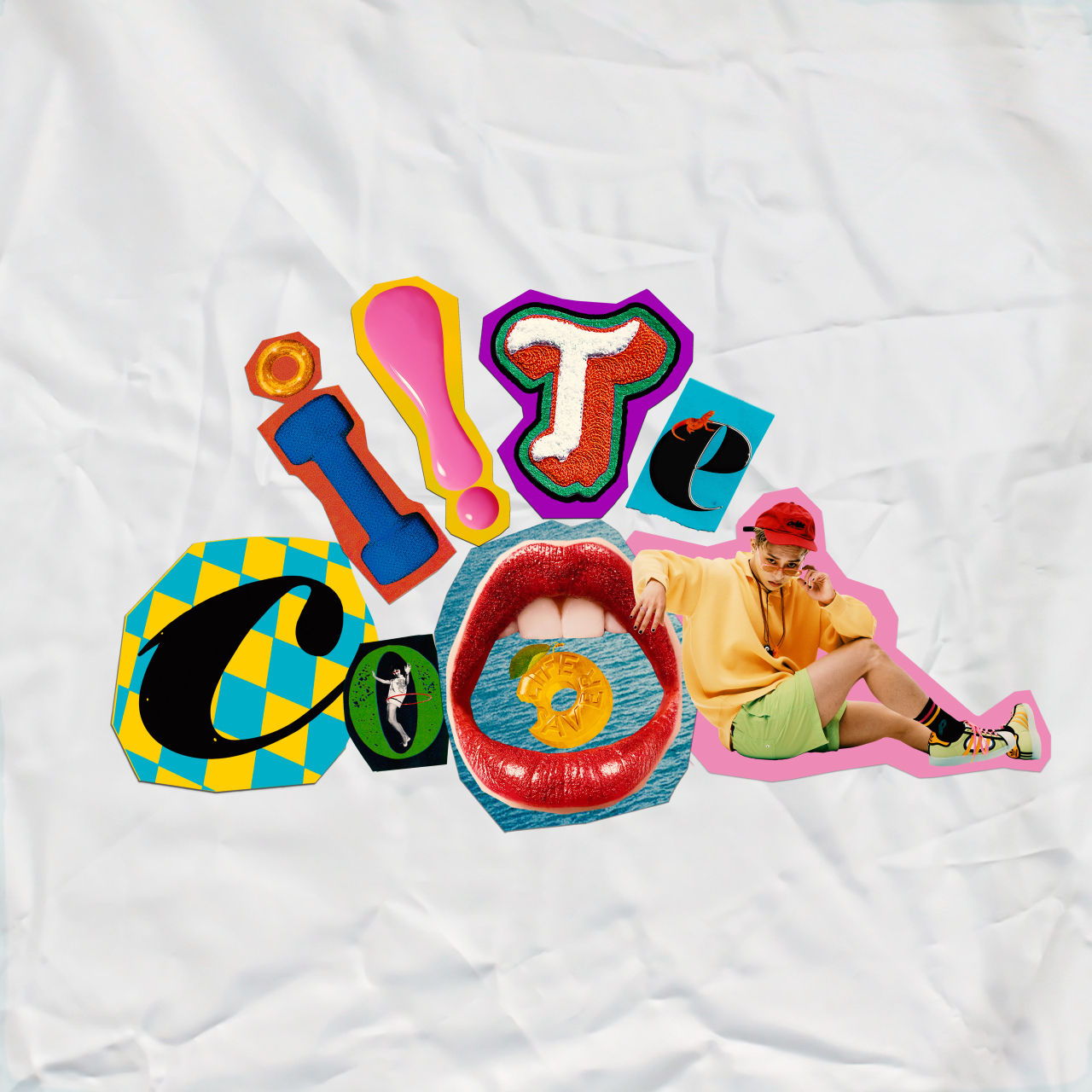 Album cover of “Iite Cool.” (DPR)
The title of the album “Iite Cool” was inspired from his tag-line “alright cool,” a phrase he also often uses in real life, reflecting his carefree, positive attitude.

Having admired Beenzino for a long time, DPR Live said he felt connected with him the instant they sat down for a proper talk first time in 2019.

“We just clicked in all aspects -- from the way we think, the scale of our thoughts and our sensibilities. I came to respect him not just as a collaborator but like an older brother who I can share my dreams and lean on for advice from time to time. Working with him was just a fun process.”

It was the second time DPR Live teamed up with Hwasa. He previously featured on Hwasa’s first soloist EP “Maria,” for the track “I’m Bad Too.”

“I really liked the vibe I got when I first met her. She had this big, bright smile that left an impression on me and I thought I wanted to work with her again some time. We knew that a female artist had to sing the part going ‘Cool, Cool’ in ‘Hula Hoops,’ and Hwasa’s voice seemed like the perfect match. She was down for it the instant I asked her, and the whole process was smooth,” said DPR Live.

The artist, who said he instinctively understands emotions in colors, compared “Iite Cool” to a rainbow of colorful emotions.

“The first track ‘Venus’ is a mostly white color, with a drop of very light pink mixed, matching the song’s soft, airy sound; ‘Hula Hoops’ is a bright blue like it’s cool vibe; ‘Summer Tights’ is kind of sexy, and reminds me of a deep dark purple; ‘BOOM’ is brilliant red, edgy and revealing; ‘Yellow Cab’ is just yellow, like the glaring summer sunlight; and for ‘Awesome!’ you can imagine the clear emerald color of an ocean, and the feeling of splashing into it.”


A spirit of hip-hop

Fronted by DPR Live, while the crew’s artwork covers a vast range of genres and styles, hip-hop innately remains at the core of their musical identity.

“Regardless of the factual definition of the genre, the spirit of hip-hop, I believe, is about expressing one’s own unique story and genuine heart through rap, fashion, character or life style,” he said.

With half of the crew members coming from international background and a big part of their lyrics written in English, DPR was initially recognized outside Korea and still holds a larger fandom overseas. 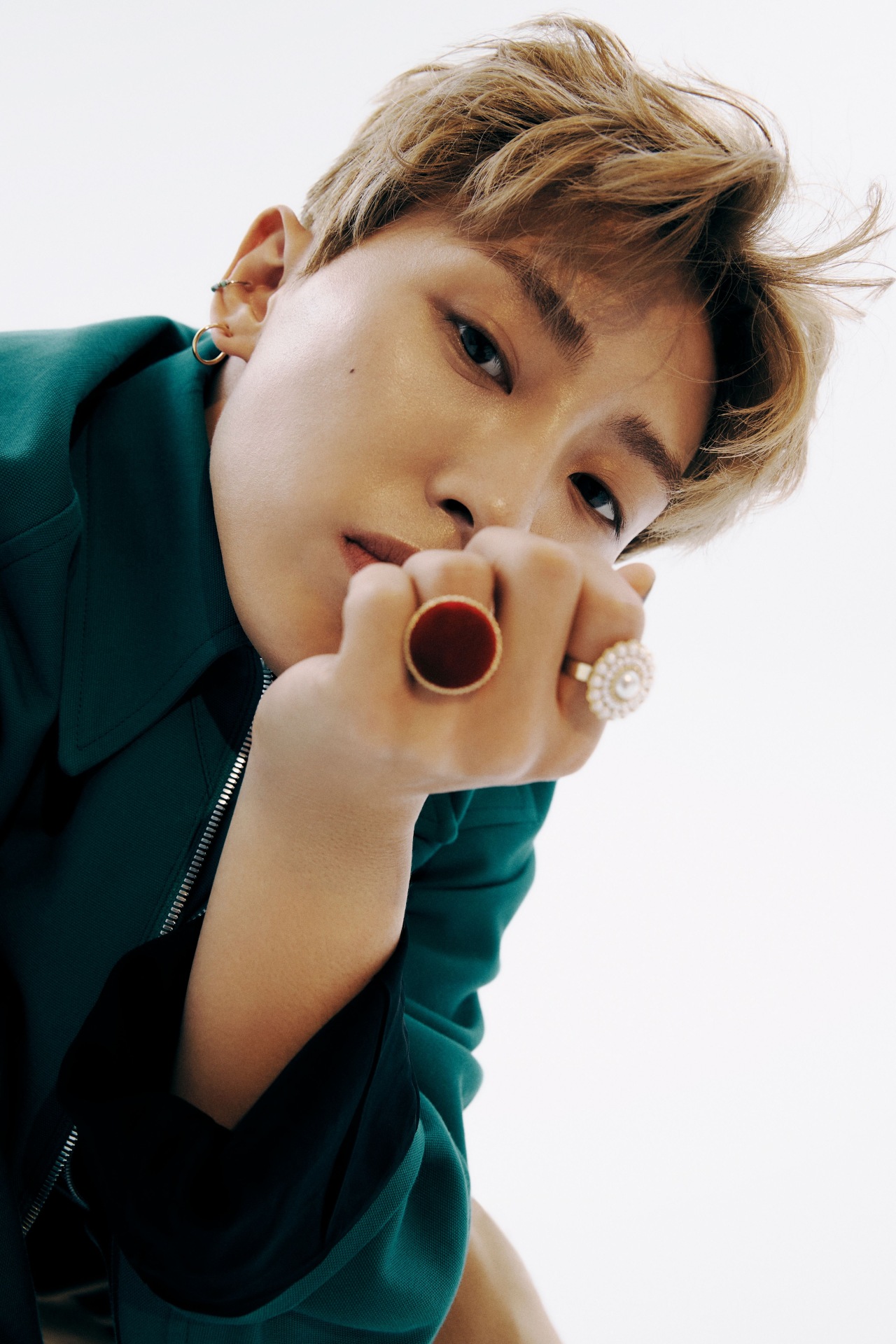 DPR Live (DPR)
“As artists, it’s great to be able to make music in our language that people could empathize with. Moreover, we take it as an opportunity to prove that South Korea also has talents capable of making quality music,” DPR Live said.

Through music, DPR Live and his crewmates found each other, and through music, he hopes to find more people to share his special experience in life.

“I feel most grateful when I see fans either screaming out the lyrics during our performance, or on the other hand, go speechless because they’re just too overwhelmed by our music. I myself also face such moments when I’m overpowered by a great musical or performance. Presenting fans with such experiences is why we pursue music, and that’s really all we can ask for.”