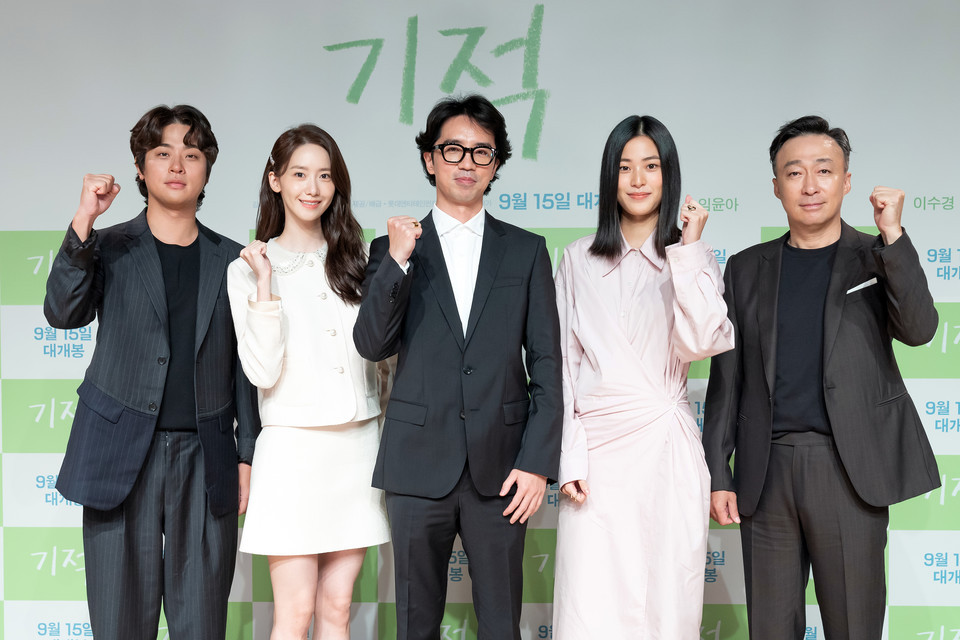 From left: Actors Park Jung-min and Im Yoona, director Lee Jang-hoon and actors Lee Soo-kyeong and Lee Sang-min pose for photos after an online press conference for the release of “Miracle: Letters to the President” on Wednesday. (Lotte Entertainment)
Director Lee Jang-hoon said his upcoming film “Miracle: Letters to the President” will exceed the audience’s expectations, during an online press conference held Wednesday after the press screening.

“If I compare my movie to a food it would be the one that seems to have a predictable taste, but when you actually eat it is unexpected,” Lee said. “So please do not judge it beforehand and come to the theater.”

“Miracle: Letters to the President” was inspired by the true events behind how Yangwon Station, a whistle-stop in a small remote town in North Gyeongsang Province, was privately built by people of the village in the 1980s. Since there were no stations or pedestrian roads, people in the village had to walk on the railroad to get to the downtown at the time, which constantly exposed them to the danger of being hit by trains.

Joon-kyeong (played by Park Jung-min) is a high school student living in this small village and he has to walk on the railroad every day to go to school. Joon-kyeong starts writing to the president, asking him to build a train station at the foot of his village for a safer commute.

“It is based on the true event. Yangwon Station was established by people living in the nearby village. Apart from that, the characters and the story are all fictional,” the director explained.

Lee added that he focused on balancing different factors of the film such as humorous and touching scenes, the true events and fantasy stories, as well as different actors.

“How I am going to manage and balance all these different elements was what I was asked a lot during the preproduction period,” the director said. “My answer was that this is Joon-kyeong’s story. Audiences will follow Joon-kyeong so I decided to do the same and focus on him.” 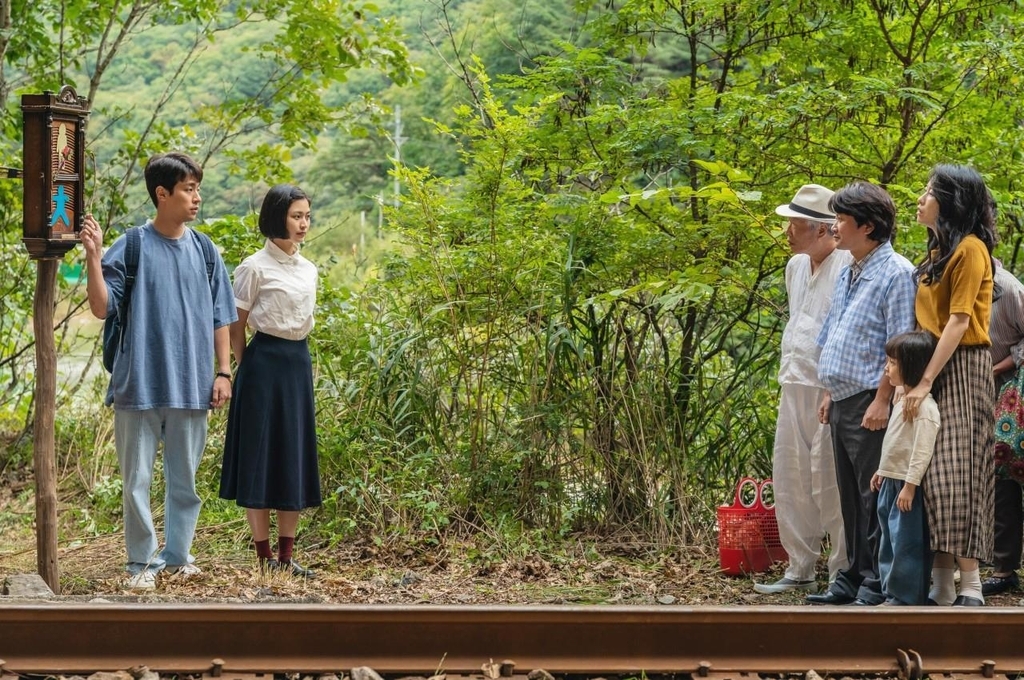 “Miracle: Letters to the President,” directed by Lee Jang-Hoon (Lotte Entertainment)
The director also highlighted that his central theme of the new film is on young people’s dreams.

“I hope that young people take challenges and do not fear failures. On top of that, I also had questions about adults’ roles when making the film. I think we should support young people; they cannot do everything on their own,” Lee said. “I know this by my experience. When I struggled to become a director, my family’s support was what really helped me.”

During the press conference, Park, 34, who played Joon-kyeong, said he was hesitant to perform as a high school student in the movie because of the age difference.

He joked that he will not be playing the role of a high school student ever again.

“When I had the first meeting with Jung-min, he refused to take the role. He told me that he loves the script but has a problem with the age of the character. I promised him at the time that I will be responsible for all the consequences because I pushed him to take the role. So if anyone has a problem with that, it is all my fault,” the director added.

The director also shared an interesting fact about actor Lee Sung-min, who played Joon-kyeong’s father in the movie. Lee revealed he grew up in the village where the events of the movie took place.

“I was really surprised to find out that he is from the village. I really thought that it was destiny,” the director said.

The film will hit local screens on Sept. 15.