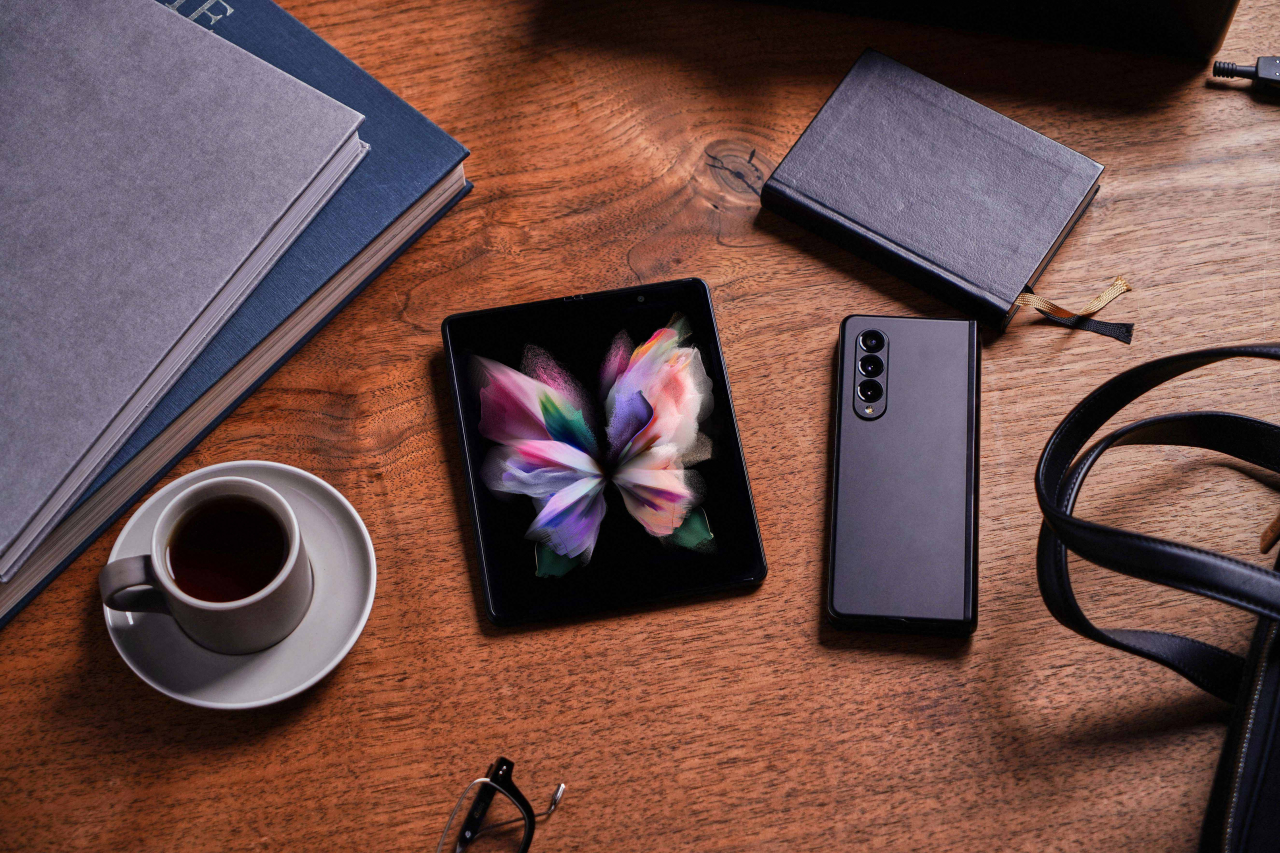 So far, so good, with its latest Galaxy Z Fold3 and Z Flip3 phones shattering sales records of their predecessors.

In South Korea alone, preorders for the two newest foldable devices stood at 920,000 units during the week of Aug. 17-23. Then, on Friday, the first day of mobile subscriptions, around 270,000 units of the two models were booked, according to carriers. This marked the largest number for any Samsung phone on record.

In the United States, preorders exceeded the sales of the Galaxy Z Fold2 made from January to July. In China, preorders surpassed 1 million.

Emboldened by strong preorders in these markets and elsewhere, Samsung is preparing to ramp up the production of the foldable lineup.

According to news reports, Samsung subsidiary Samsung Display has decided to increase its production of foldable displays from the current 17 million units a year to 25 million at the request of its parent company, Samsung Electronics.

The reports say that Samsung Display would add in the coming months more equipment to a new line at its plant in Vietnam for a 50 percent ramp-up. The new production line is to go into operation next year. Samsung Display declined to confirm the plan.

A 50 percent increase in the supply of displays, the most essential component for the foldable devices, would allow Samsung Electronics to produce around 10 million Z Fold phones and 15 million Z Flip units in total, industry sources estimate.

The question then is will Samsung be able to sell them all, defying a widespread market perception of foldable phones as a niche item?

Samsung’s push for the bendable form factor dates back to 2019, when it introduced the first such models ahead of its archrival Apple.

In the past two years, however, consumer reaction was far from satisfying.

Samsung sold around 500,000 units of its first Galaxy Fold launched in 2019, and the total volume of the first and second editions stood at 2 million last year.

It was more of a humiliating result for the world’s largest phone vendor, which previously sold over 100 million phones a year.

From 2016 through 2019, when Samsung’s Galaxy S series hit its peak, the company raised over 100 trillion won annually in phone sales. It reached the highest annual sales of 107 trillion won with the Galaxy S20 in 2019. The firm does not provide detailed sales data by phone model, but market estimates put sales of a Galaxy S series device at 45 million units in the first year and the Galaxy Note series at 40 million.

It was against this backdrop that Samsung decided to replace the Galaxy Note series -- its flagship release in the fall season -- with the foldable lineup.

The decision was seen as a risky, preemptive strategy to get ahead of the stiff competition in the phone market, amid rising challenges from Chinese vendors as well as Apple. 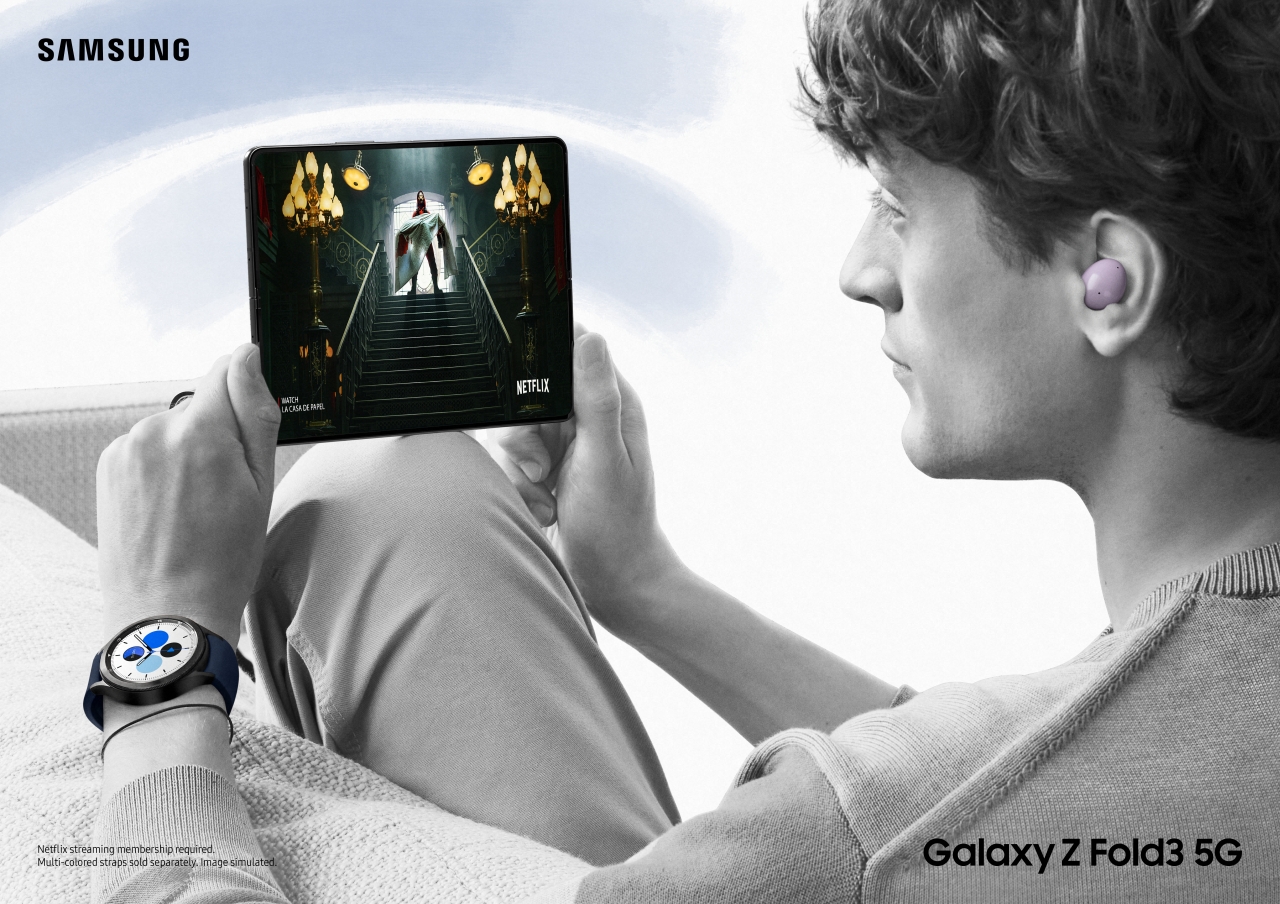 The market for foldable phones is projected to grow, but not enough to enter the mainstream this year, according to market analyst Counterpoint Research, which said the shipments of foldable phones would remain below eight digits, at around 9 million units, in 2021.

“If Apple is on track to release its foldable smartphone by 2023, it will not only be an inflection point in taking foldables mainstream, but also improve the component yield and scale for the entire supply chain,” the institute said in a report.

It expected tenfold growth in foldable smartphone shipments by 2023, with Samsung continuing to dominate the market with nearly 75 percent share.

The premium smartphone market in China will be particularly interesting for Samsung, Park said.

“Despite having a negligible market share in China, Samsung can secure Huawei’s vacant spot, and its success can contribute toward total shipment and sales volumes for its new foldables,” Park added.

“More affordable Samsung foldable smartphones may be attractive to some users, especially those who have previously purchased ‘plus’- or ‘ultra’-sized S-series or Note models. If the Flip model can be sold at a similar price point as the ‘ultra’, we might see more adoption in the future,” said senior analyst Maurice Klaehne, who tracks the US market.

But the market expects more drops in the prices of foldable phones.

“While it is good to see Samsung making efforts to make foldable smartphones more affordable than before, there are supply constraints as the yield for foldable displays is still not good. Once these supply issues are resolved, we believe the $800-$1,000 price point will be a sweet spot for foldable smartphones over the next couple of years,” the report said.