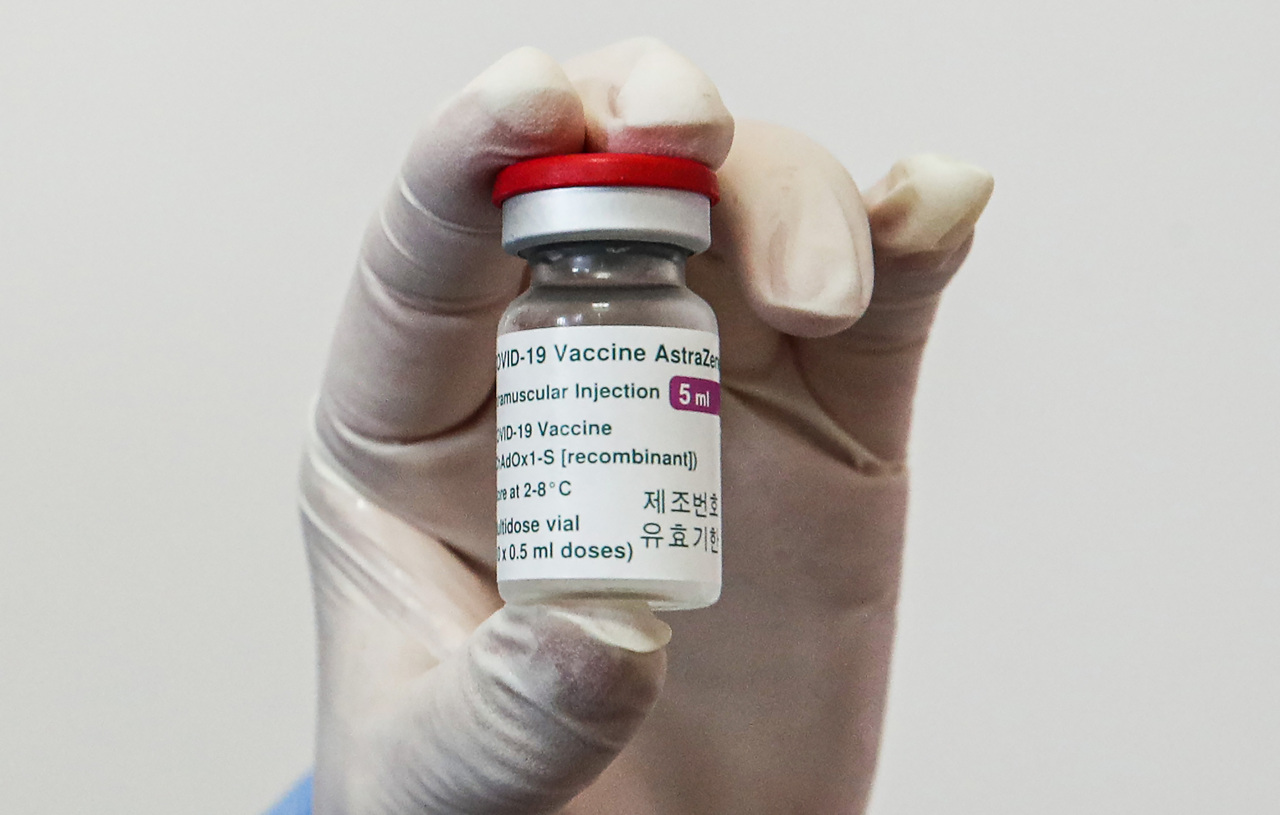 No risk assessment was carried out before letting people as young as 30 take AstraZeneca’s vaccine again starting last week, the director of the Korea Disease Control and Prevention Agency’s COVID-19 vaccination council revealed.

The director said in a phone call with The Korea Herald on Wednesday that the KDCA “did not conduct a cost-benefit analysis” that supports permitting AstraZeneca vaccination in younger people, while reaffirming that the shot is “only recommended for use in people 50 and older.”

Wednesday’s phone call took place after previous requests from The Korea Herald to release the cost-benefit analysis pertaining to the decision went unaddressed by the KDCA.

“We can’t release the cost versus benefit analysis because there isn’t one. This was not a decision that is based on a review of the risks,” he said.

Two weeks ago, the KDCA announced that it would allow people in their 30s and 40s to receive AstraZeneca’s vaccine -- without, however, lowering the age eligibility that is set at 50 and up.

In a July 1 briefing, the KDCA’s Commissioner Jeong Eun-kyeong said the national advisory committee on immunization practices decided that AstraZeneca’s vaccine was to be used “only for people aged 50 and older” due to risks of a rare but serious blood clotting side effect known as thrombosis with thrombocytopenia syndrome, or TTS.

At the time, in Korea there had been two men in their early 30s who developed the vaccine-induced clotting disorder following a first AstraZeneca dose, one of whom died. The two confirmed cases were out of around 500,000 people in the 30-39 age group who received the same vaccine.

The director said over the phone that the latest decision was about “whether discarding AstraZeneca vaccines due to the age restriction can be justified.”

“Roughly 7.6 million people are due their second dose of the AstraZeneca vaccine in August. Since not everyone with an appointment ends up showing up, a lot of leftover vaccines are bound to expire,” he said.

Since people in their 50s and older have already received or made appointments, that did not leave many people who are able to receive leftover AstraZeneca vaccines.

“The idea is that rather than letting the leftover vaccines go to waste, we should at least give younger people the chance to decide to get it,” he said.

Asked why the age cutoff was still fixed at 50, the director said “all of the outside experts” the KDCA consulted “opposed lowering the age recommendation.” “Although Korea is seeing more patients now, the risks of the vaccine remained the same,” he said.

“Technically, the Food and Drug Safety Ministry approved the vaccine for use in anyone 18 and above,” said the director. But the reason the national program is not going with the Drug Ministry’s approved age, he said, is because “when mass vaccinations of millions of people take place, the dangers of side effects, although extremely rare, can manifest in the real world.”

“In order to minimize the incidence of side effects, it is more advisable to offer younger groups that are more prone to the risks other vaccines,” he said. “The vaccine availability in Korea now is not the same as it was back in June. Now there are mRNA vaccines they can be given instead.”

Referring to recommendations from an Australian advisory group that said the Pfizer vaccine is “preferred” for people under 60, the director said that Korea’s advice was “even more definitive.” “Korea is only recommending the AstraZeneca vaccine for people 50 and older,” he said.

“We don’t expect that many people younger than 50 will proceed to take the AstraZeneca vaccine,” he said. The KDCA was not “actively promoting” that the vaccine be used in the younger age group, he added.

The director said the KDCA was able to obtain the national immunization advisory committee’s “consent that the circumstances surrounding the leftover vaccination age are valid.” The Korea Herald attempted to contact two members on the immunization committee, but they could not be reached for comment as of Thursday morning.

At last week’s briefing, asked to further explain the decision to offer leftover AstraZeneca vaccinations to people aged 30 and up, KDCA official Kim Ki-nam said that “unlike before, the spread of COVID-19’s delta variant has raised the risks.”

“The immunization advisory committee made the evaluation on the vaccine in end-June, which was before the delta outbreak,” he said.

One of the experts working with the KDCA on COVID-19 vaccine advice, however, suggested that the delta risk is already included in the calculation. The expert told The Korea Herald via text message on June 30 that they used Public Health England’s May data -- which looked at vaccine effectiveness against delta -- in the cost-benefit analysis behind the change in AstraZeneca age eligibility to 50 and up.

During the 40-minute phone call on Wednesday, the KDCA director did not make a single mention of the delta variant being a factor, either.

One of the experts advising the KDCA on post-COVID-19 vaccination blood clot disorders told The Korea Herald that although he believes “AstraZeneca vaccination is generally beneficial for all age groups, including people under 30,” the presence of alternative vaccines “complicates the calculus.”

Stressing that he was “not part of the discussions responsible for the latest vaccine age decision,” he said one of the key considerations is “whether there is an alternative vaccine -- which now there is.”

Dr. Chun Byung-chul from the Korean Vaccine Society said as a principle, decisions regarding which groups can receive vaccination “should be backed by risk assessments.” “Saving leftover vaccines cannot be more important than people’s safety,” he said, asked to comment on the KDCA’s explanations.

“The way the leftover vaccines are being given seems to be shifting the responsibility on to the people to make their own assessments of the risks and then decide for themselves.”

The confirmed incidence of TTS after AstraZeneca vaccination is extremely low in Korea, at just about 0.3 per million, according to the KDCA.