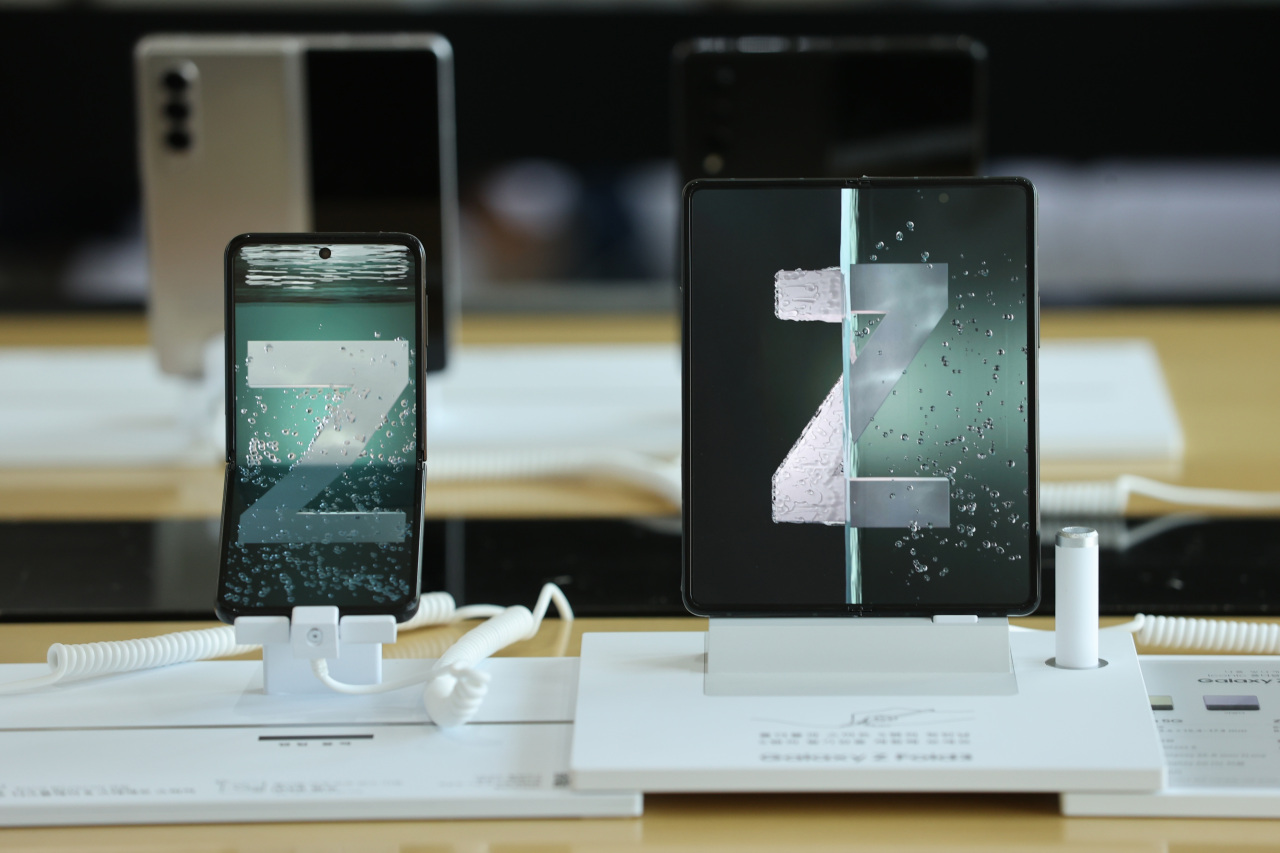 The two models are estimated to have logged a combined 450,000 preorders as of Sunday, according to local media reports that cited unnamed industry sources. Advance orders, which began Aug. 17, are to end Monday.

Total preorders could reach at least 600,000 units, they said. If sales of unlocked phones, or phones not locked to a particular mobile carrier, are included, the figure could even hit 800,000, the media reports said.

The Fold3 and Flip3 are flying off the shelves even faster than the latest models from Samsung’s other two popular series -- the Galaxy S and Galaxy Note. Preorders for the foldable devices are twice that of Galaxy S21 and 1.5 times that of Galaxy Note20, both released last year, industry sources told local media.

This is much higher than the rate of preorders made among customers in 40s and 50s, which was 42 percent and 39 percent, respectively.

The strong preorder figures are a boon to Samsung’s strategy in popularizing foldable phones in order to defend its title as the world’s largest smartphone manufacturer from challengers such as Xiaomi.

While making the latest edition of the devices lighter and more practical, and equipping them with innovative new features, the company had also slashed prices.

“With the demand for new smartphone models growing (in the local market) Samsung’s discounted foldable phone lineup will quickly take over the popularity of its Galaxy Note series,” said an industry official.