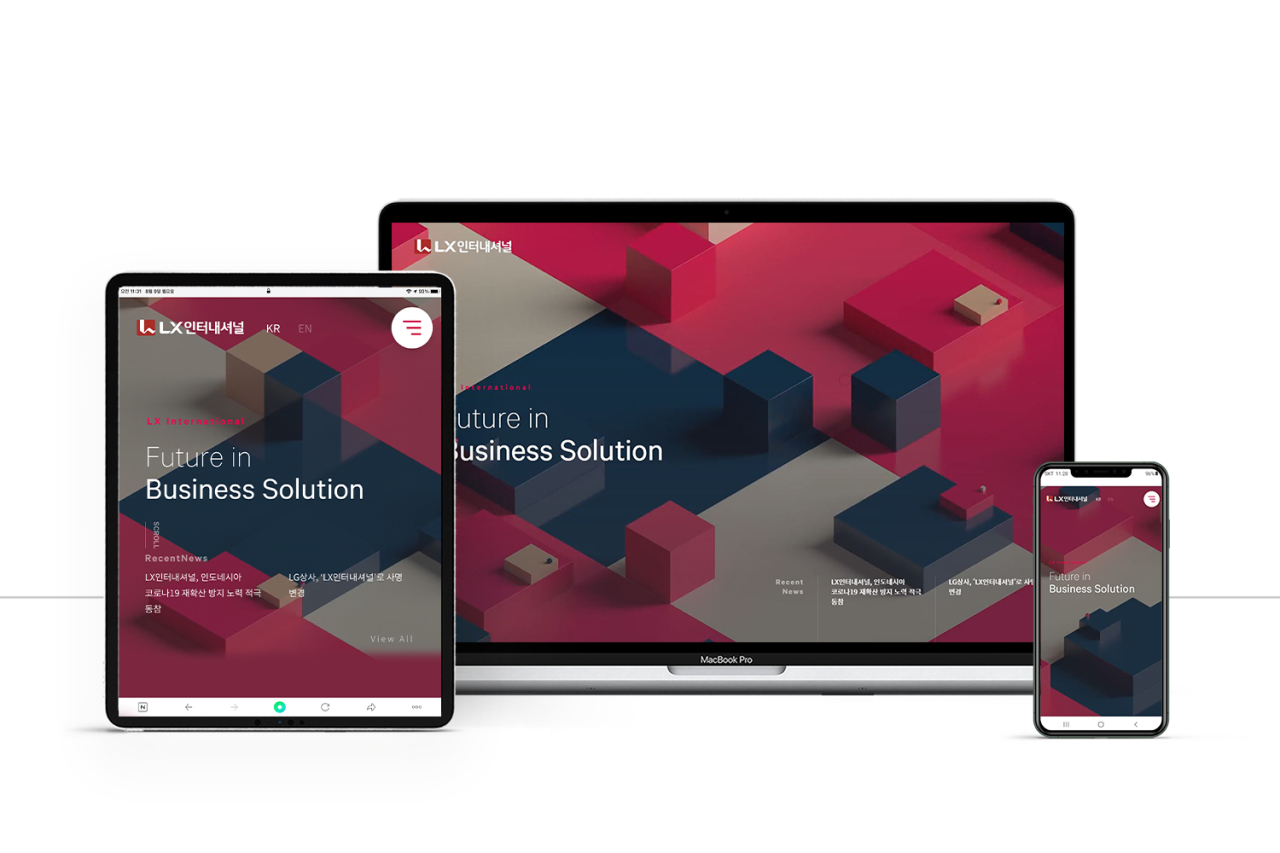 The trading arm of LX Group said it had been recognized for the excellent user experience on its corporate homepage, which seeks to embody three concepts: trendy, interactive and innovative.

The company conducted a survey of businesses partners, shareholders and job seekers before coming up with its user-friendly interface, said the firm.

It used colors that reflect LX’s renewed brand identity and also incorporated design elements such as motion graphics and reactive layouts for both the mobile and PC versions of its website, in an effort to communicate its corporate vision and key business areas to customers.

“We hope our new homepage becomes a friendly communication channel between our company and interested individuals,” said an official from LX International.

Led by Chairman Koo Bon-joon, LX Group was launched earlier this year following a spinoff from LG Group. It has five previous LG companies under its wing, including LX International and LX Hausys.

The Red Dot Award is considered one of the top three industrial design awards in the world.

The three categories are product design, design concept, and brands and communication design. There are awards in each category for “best of best,” winner and honorary mention, and multiple companies are recognized at all levels.