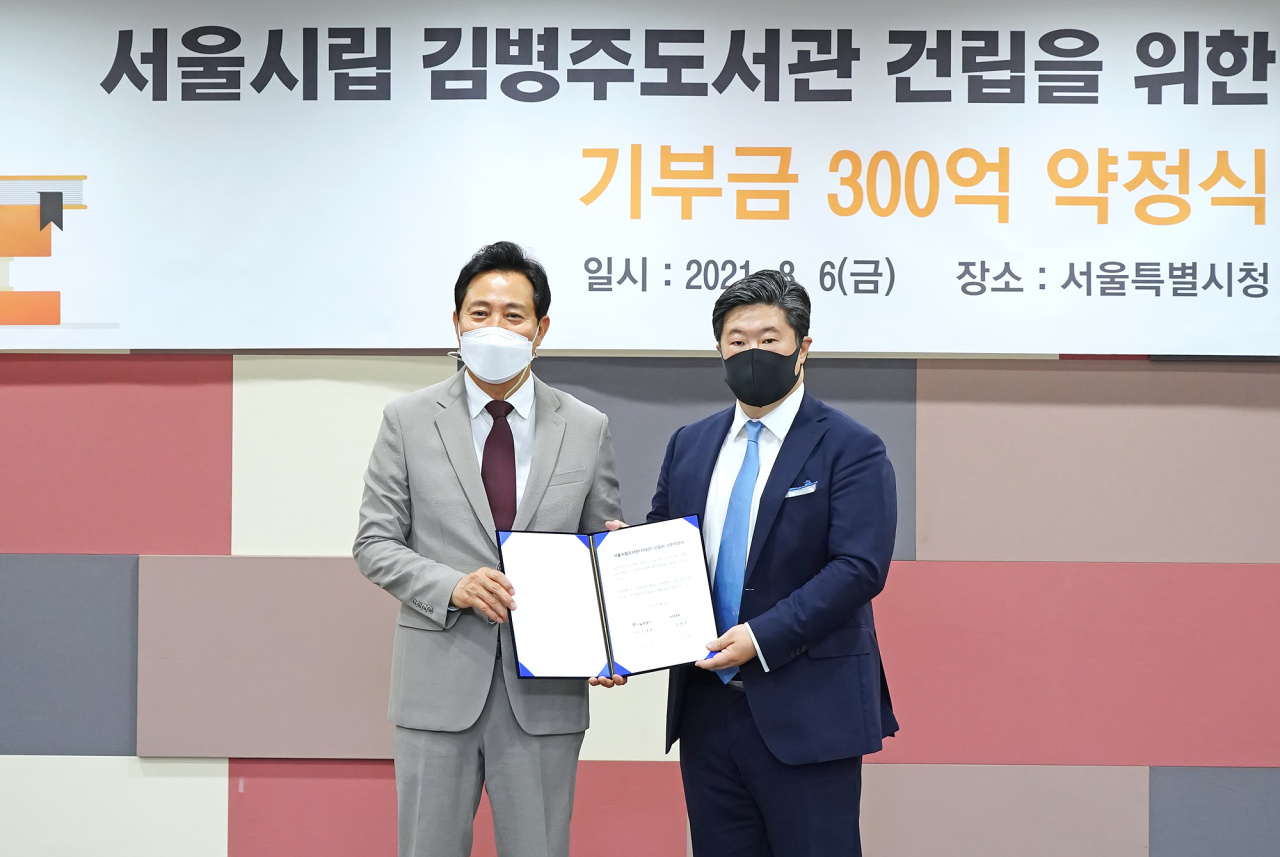 The gift represents the first case where an individual‘s donation covers the entire cost of building a civic institution by Seoul’s municipal government, MBK said in a statement.

The Seoul Public Kim Byung-ju Library, named after the donor, will be located in Bukgajwa-dong, in the Seodaemun district of western Seoul.

“My lifelong love of books inspired me to help create a communal space where people may gather to read,“ Kim said in a statement. ”My wish is that the library becomes a place where the people of Seoul can enjoy reading books, develop knowledge and exchange ideas for the good of the community.”

MBK Partners said the news is in sync with philantrophic moves by Kim, who was behind MBK Scholarship Foundation, which has supported 155 students since 2007.

MBK Partners oversees $24.5 billion worth of capital under its management. The investment house has focused on private equity opportunities in China, Japan and Korea.