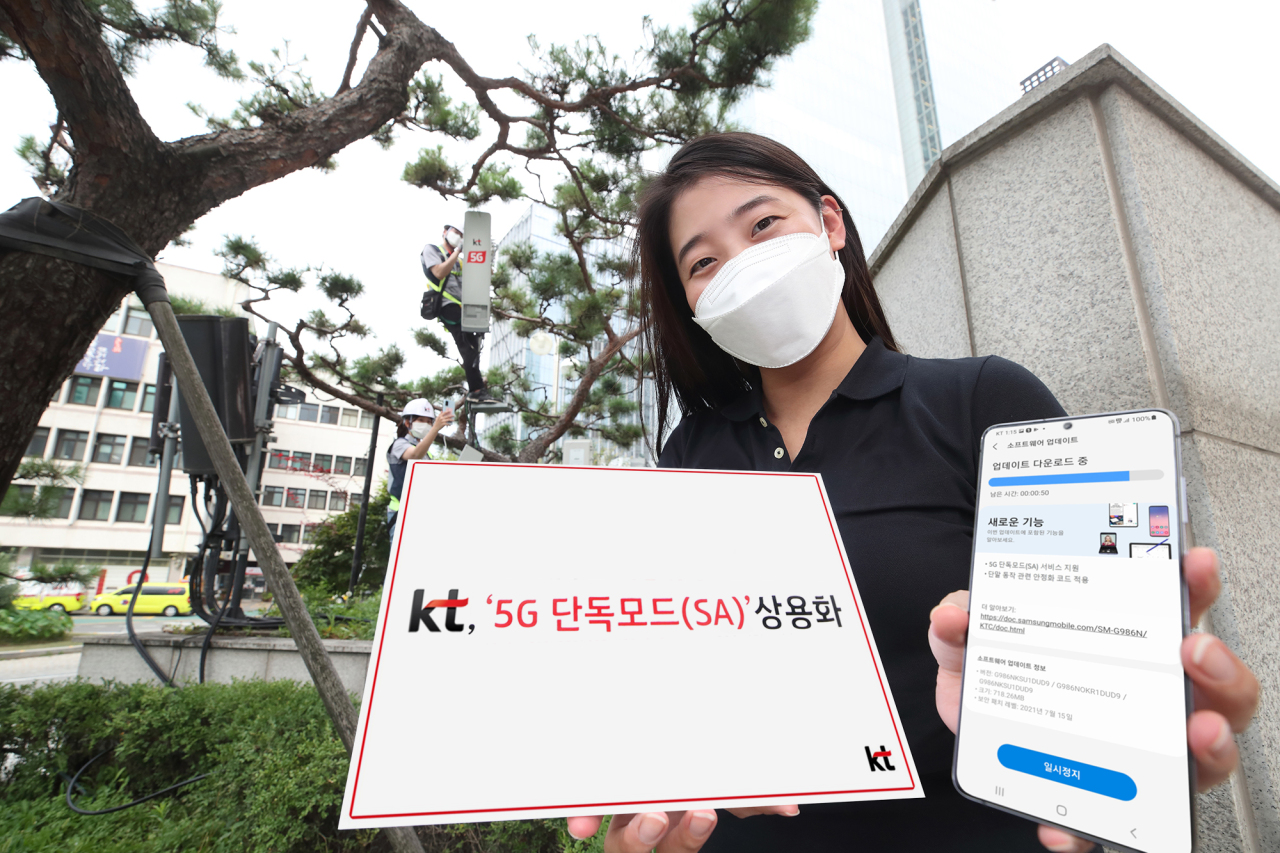 Starting from Thursday, users of Samsung Galaxy S20, S20+ and S20 Ultra phones who subscribe to KT’s 5G mobile plans will be able to access the 5G SA connection simply by updating their device software.

Standalone refers to it being pure 5G from end to end, without occasional transitioning to 4G Long Term Evolution networks.

So far, all three mobile carriers selling 5G plans in South Korea have relied on the backup of LTE networks wherever 5G connections fail. This is known as 5G nonstandalone.

For data usage, for example, when users watch a video clip on YouTube, they are on 5G. But for wireless telecom services, smartphones are still connected to LTE networks.

According to the Telecommunications Technology Association, the battery life of the Galaxy S20+ increased by 8.8 percent to 13 hours and 38 minutes on the standalone network, in comparison to 12 hours and 32 minutes nonstandalone.

KT added the 5G SA rollout would make a difference in the government’s disaster alert system as well.

Currently, text messages that alarm the public of accidents or disasters are sent via the LTE network that covers a wider range of areas than the 5G SA network, making it impossible to narrow down the recipients.

Starting with mobile plans, KT plans to further expand the deployment of 5G SA across industries.

Meanwhile, SKT and LG U+ remain cautious on expanding standalone access, citing network stability issues. The standalone mode could turn out to have slower data transfer speeds, without the support of the far-reaching 4G infrastructure, thus undermining overall 5G quality.

Some also have raised concerns that KT 5G subscribers could be left out of service upon leaving the firm‘s 5G coverage area.

“KT has been preparing for the 5G SA service for a long time and has proven the company’s technology has no quality issue,” said a KT official. “When users get out of 5G regions, they are automatically connected to LTE.”