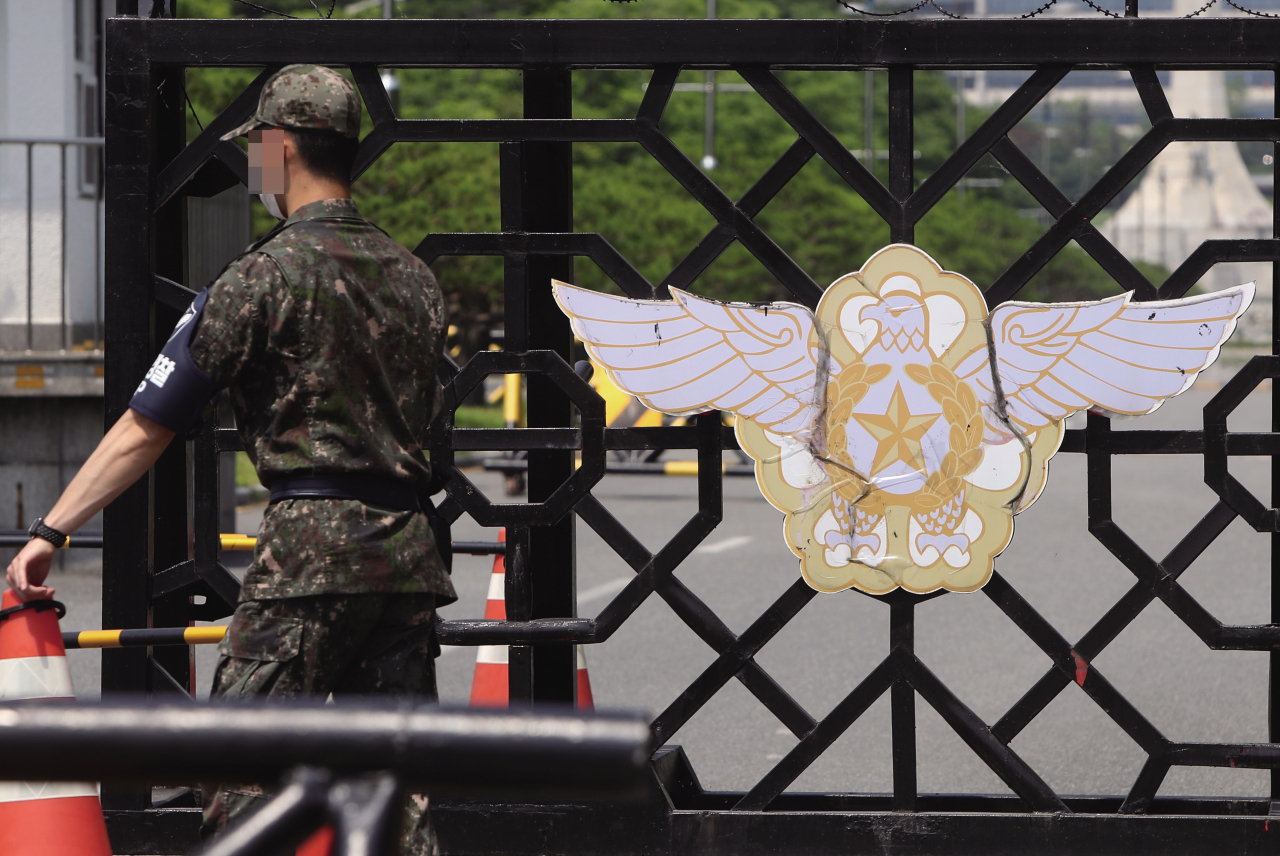 This photo taken last Wednesday, shows the entrance of the Gyeryongdae military headquarters in South Chungcheong Province. (Yonhap)
Military prosecutors questioned 10 Air Force service members and officials in connection with the suicide of a sexually harassed noncommissioned officer amid suspicions they mishandled the sexual abuse case or attempted to hush it up, the defense ministry said Tuesday.

The ministry also said that about 100 people at the two Air Force units, where the victim had worked, went through internal probes last week in an indication that more people would be formally called in for questioning.

The female master sergeant took her own life in May, around three months after she was groped and suffered other abuse by a colleague in a car after a drinking session. The case sparked massive public outrage and criticism, and has led to an extensive probe.

Seven of the 10 people called in for questioning are with the 15th Special Missions Wing and are suspected of inflicting "a secondary harm" on the victim, such as bullying or ostracizing her after the sexual abuse case, according to the ministry.

The three others are with the 20th Fighter Wing's prosecution, the ministry said.

The victim was affiliated with the 20th Wing when the incident took place and then was transferred to the 15th Wing in May in accordance with her application. But the bereaved family claimed that she was treated badly by some members of the new unit. Just days after being transferred, she committed suicide.

The prosecutors also raided several offices of the Air Force and a military data center over the past week to secure related documents and communication data to see if there were any attempts to conceal or play down the case.

"A 21-member special audit team also probed about 100 people related to the incident, including the command group, to look into whether their reporting and supervision system worked properly, and they carried out due missions to protect the victim," the ministry said.

So far, three officers have been detained for suspected sexual harassment or allegedly forcing the victim to drop a complaint. (Yonhap)