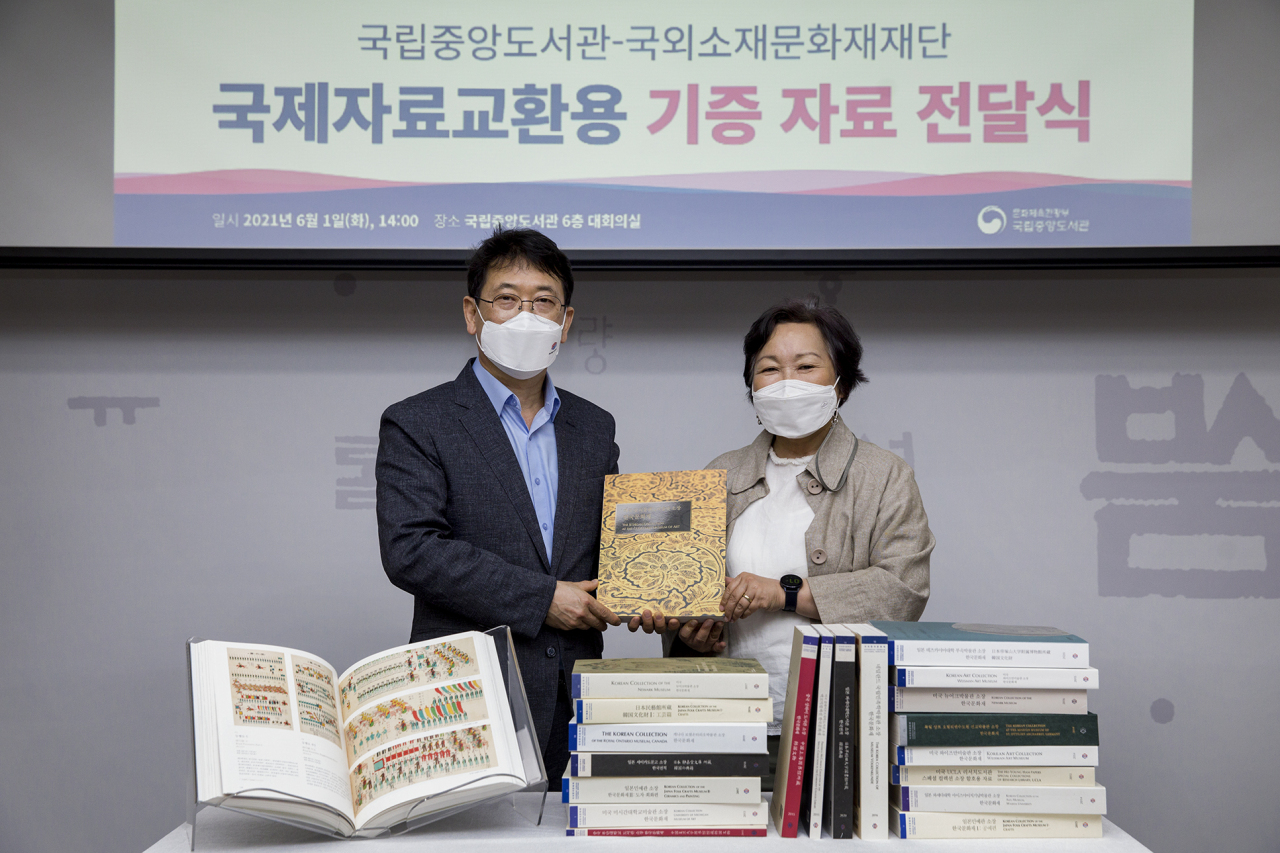 The library signed an agreement in 2016 with the Overseas Korean Cultural Heritage Foundation, the publisher of the books, to carry out and expand overseas research on Korea while promoting Korean cultural assets overseas.

The National Library of Korea plans to send books donated by the foundation to 35 libraries this year, including the US Library of Congress.

The International Materials Exchange Program, an initiative of the National Library of Korea that dates back to 1963 under the Library Act, allows the library to exchange archival materials with foreign libraries and support overseas research on Korean studies.

South Korea shares government publications and research reports with other countries twice a year through the program and receives their reports in return. Last year alone, the National Library of Korea sent 24,892 Korean books to 244 locations in 86 countries.

“We appreciate the continued donations of valuable materials,” Suh Hye-ran, director of the National Library of Korea, said in a press release. Suh hopes the project will help the international community to appreciate Korean cultural content and assets, she said, and ultimately to pursue further studies on Korea.

The National Library of Korea invites government agencies in the first and second half of each year, typically March and August, to apply for donations of archival materials.