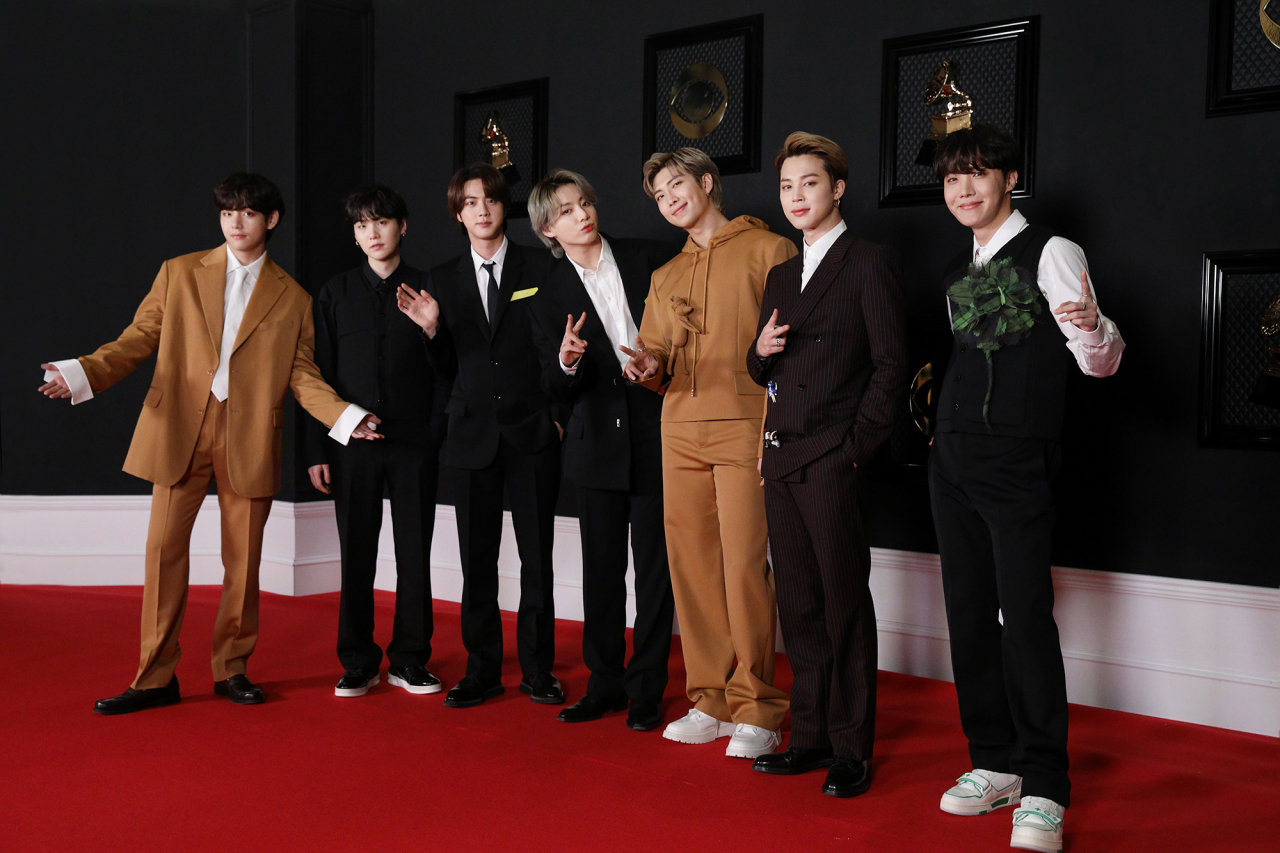 The members of BTS pose for a picture on the red carpet at the 63rd Grammy Awards in Los Angeles on Monday. (Big Hit Entertainment)
South Korean boy band BTS left the Grammys without an award in hand on Sunday, Los Angeles time, but still the journey goes on.

BTS was nominated in the Best Pop Duo/Group Performance category at the 63rd Grammy Awards for its megahit single “Dynamite.” This year’s ceremony took place at the Los Angeles Convention Center without a live audience.

The group vied against four other nominees, and “Rain on Me” by Lady Gaga and Ariana Grande grabbed the final prize. The song is from Lady Gaga’s sixth studio album, “Chromatica,” released last May, and was the first collaborative work by female artists to debut atop the Billboard Hot 100 singles chart.

BTS is the first K-pop act ever to be nominated for a Grammy. The band is also the first Asian act to be shortlisted in the Best Pop Duo/Group Performance category, which was established in 2012.

“The chances didn’t seem so low, with ‘Dynamite’ staying long inside the topmost ranks of the music charts, and even climbing back up recently. But the other nominees were just too strong a competition,” pop music critic Jung Min-jae told The Korea Herald.

But the fact that BTS made it to the nomination stage at all can be seen as a huge step for the Grammys, which are notoriously conservative toward songs from new genres, those from non-Western artists and those sung in languages other than English.

“We cannot deny that nomination itself holds huge significance. Not just K-pop acts, such as BTS, but it’s not common that a boy band or a girl group gets nominated or wins an award at the Grammys,” Jung explained.

Indeed, the Backstreet Boys -- a legendary US boy band -- have been nominated eight times since their debut in 1993 but haven’t even won once. Jonas Brothers has also fallen short of a win despite two nominations since the band’s formation in 2005.

BTS was invited to the US music award ceremony for the third consecutive year, although it took place virtually due to the coronavirus pandemic. The group presented the best R&B album award at the 61st edition in 2019, then went on to perform at the annual event last year. Finally, this year, the seven musicians took part as both nominees and performers. 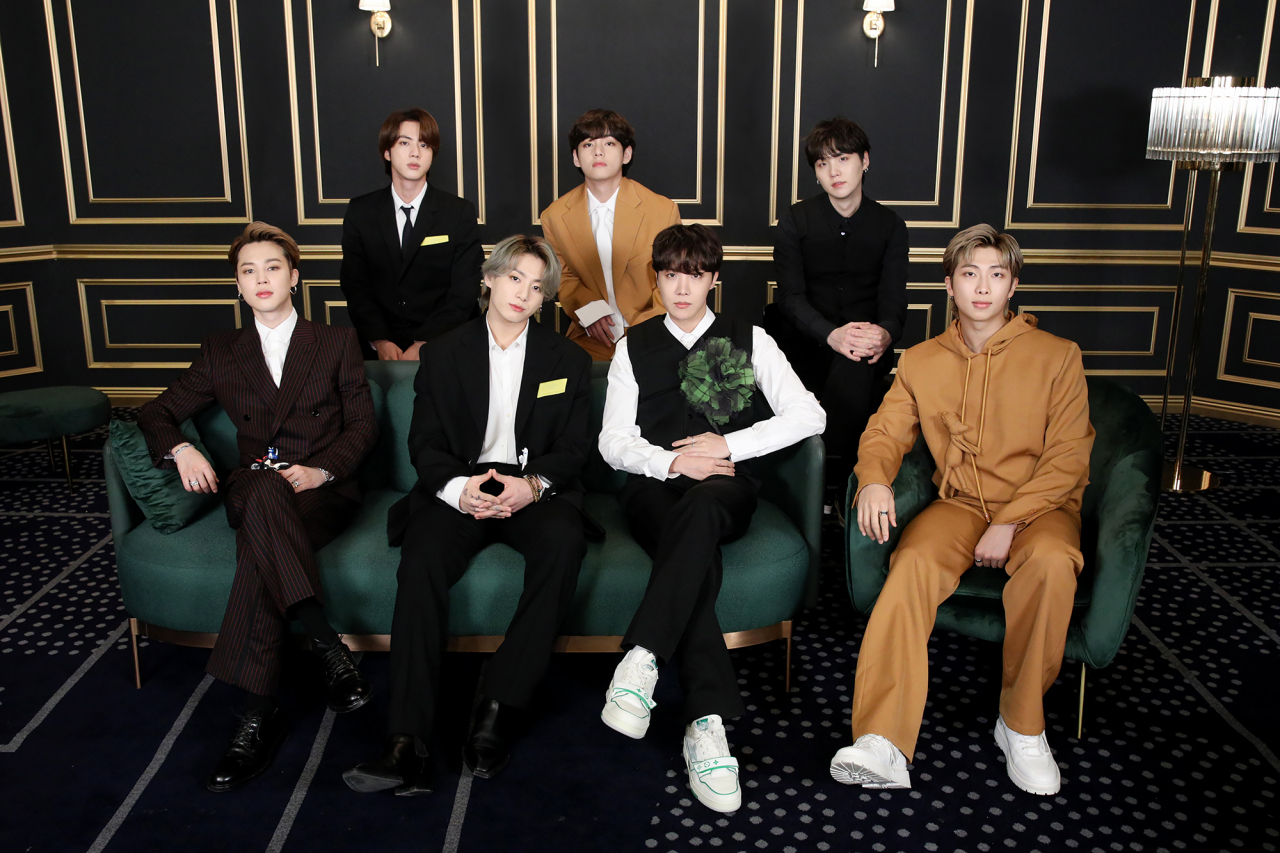 The members of BTS pose for a picture on the red carpet at the 63rd Grammy Awards in Los Angeles on Monday. (Big Hit Entertainment)
Despite not winning a Grammy, BTS made history with “Dynamite.” Upon its release Aug. 21, the all-English single debuted atop the Billboard Hot 100, becoming the first song from a Korean artist to top the American singles chart. After staying there for three weeks at its peak, “Dynamite” has repeatedly rebounded back up the chart and ranked within the top 50 for 28 nonconsecutive weeks. The video garnered a record 101 million views within 24 hours of its release on YouTube.

Expressing disappointment at this year’s Grammy results, cultural studies professor Lee Gyu-tag of George Mason University Korea said, “Their Grammy debut nomination itself was too late, as it should have come a year or two ago. The belated nomination had already proved how closed the Recording Academy was.”

Lee added, “It feels especially shameful as the members themselves had expressed anticipation. They had achieved almost everything else they could and seemed to consider this their final goal, in terms of winning an award. But I don’t doubt they’ll have another shot in the future, perhaps in the big four categories. After all, this was their first time being nominated.”