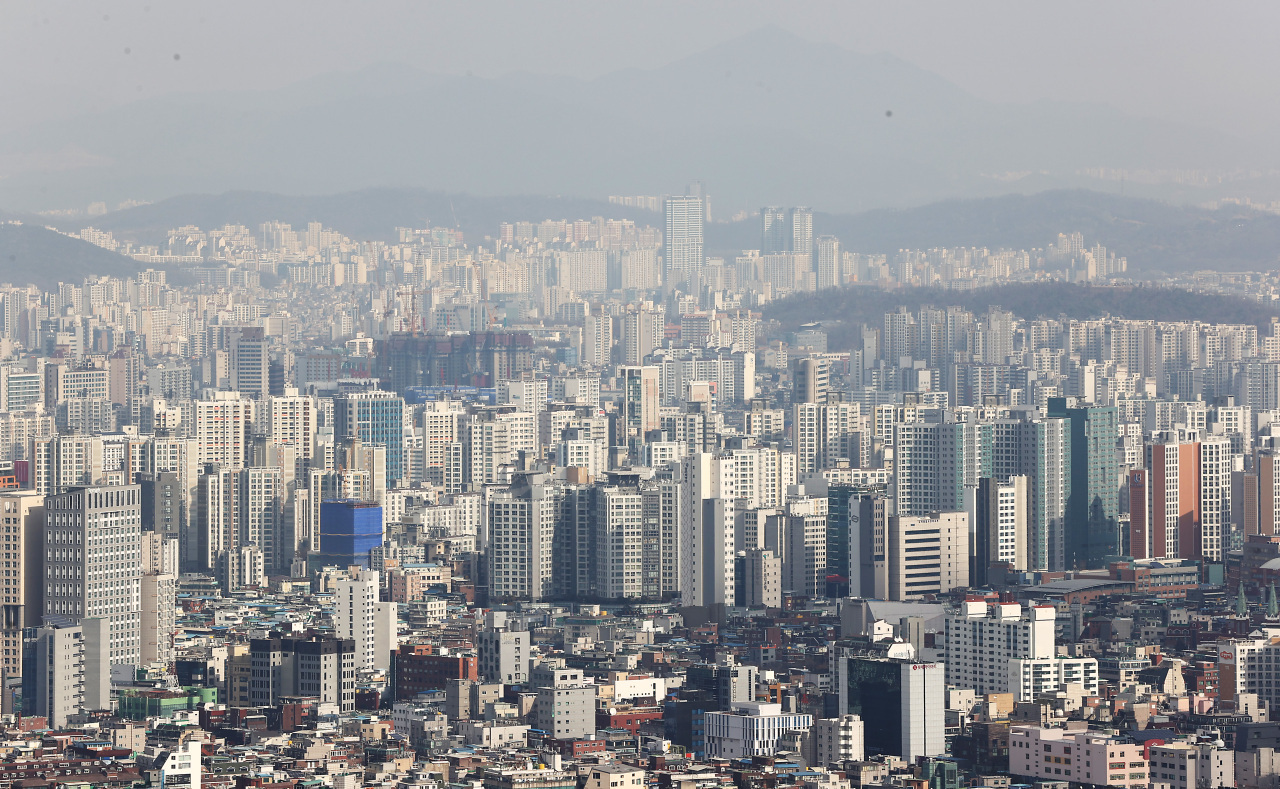 An aerial view of apartment complexes in central Seoul (Yonhap)
The land ministry said Wednesday it has selected new sites for its housing development project aimed at increasing supplies in urban areas and curbing housing prices.

The Ministry of Land, Infrastructure and Transport said it has selected a vast area spanning 1,271 square meters in Gwangmyeong and Siheung in Gyeonggi Province as the site for approximately 70,000 new homes.

The two satellite cities are located about 12 kilometers southeast of Yeouido, a major business district in eastern Seoul.

For the new site in the wider Seoul area, the ministry said it will establish an extensive train system accessible to the capital's center within 20 minutes and expand the highway infrastructure to reduce traffic congestion.

"The government will develop transportation, infrastructure and self-sufficient functions to absorb part of demand for housing and jobs in city centers," the ministry said in a statement.

Additional sites for 150,000 units will be unveiled in April after consultations with the provincial governments, the ministry said.

The new sites are part of the government's broader plan to increase the number of new homes by up to 836,000 nationwide in the next four years.

Together with housing plans announced last year, the number of new units in the greater Seoul area, home to nearly half of the nation's 52 million population, will rise to over 2 million, the largest supply plan under the Moon Jae-in administration.

The ministry has said the supply plan is aimed at providing affordable housing in big cities, which are convenient to live in thanks to their proximity to jobs, and quelling concerns among potential first-time buyers.

The shift toward increased supply comes as soaring housing prices have shown no signs of a letup despite the government's efforts to stabilize the real estate market. (Yonhap)