Kim said he and his wife have joined The Giving Pledge, a global campaign of the world’s wealthiest people contributing a majority of their assets to philanthropic projects, and that they would donate a half of their wealth in their lifetimes, according to the company. 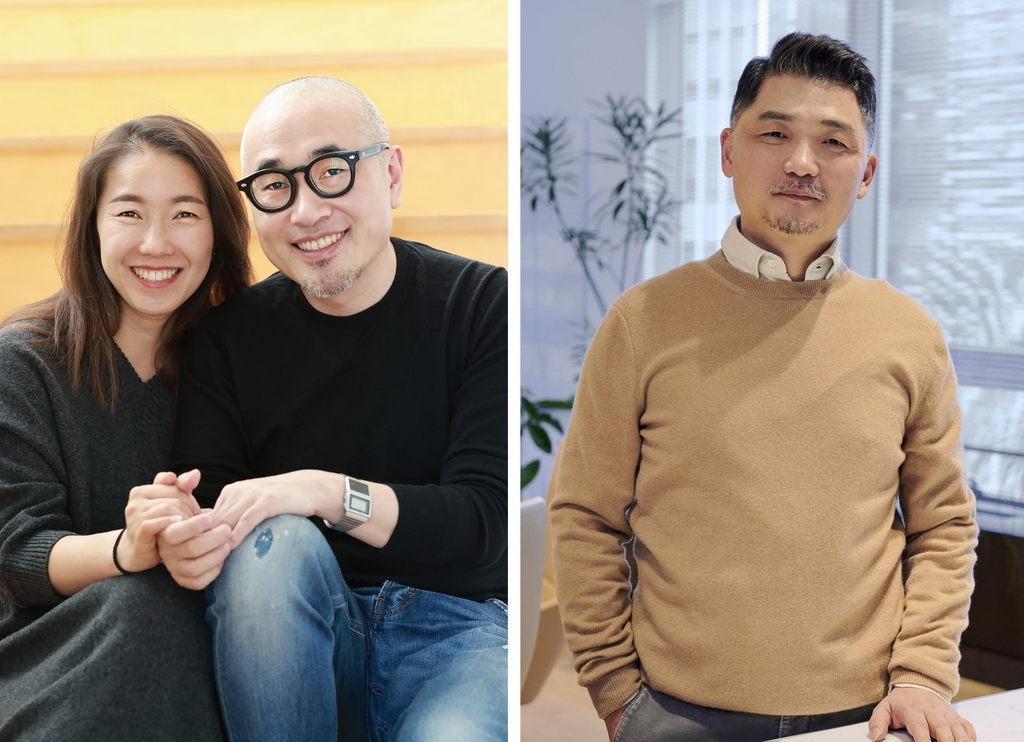 (Left) Woowa Brothers Corp. CEO Kim Bong-jin (R) and his wife Sul Bomi. (Woowa Brothers) (Right) Kakao Chairman Kim Beom-soo (Kakao)
The pledge came only a week after a blockbuster announcement made by Kakao Chairman Kim Beom-soo who also promised to donate a half of his wealth. Kakao’s Kim, a series entrepreneur, has a net worth of 10 trillion won.

The entrepreneurs’ move appears to signal a new corporate culture based on noblesse oblige in Asia’s fourth-largest economy, which has long been dominated by family-controlled conglomerates, experts say. Their backgrounds as being brought up from lower income households appear to have helped formulate such decisions and are expected to inspire young people.

“This is a very inspiring phenomenon. It would, on one hand, encourage younger people to start their own business and become successful but also create positive images for the new generation of entrepreneurs,” said Park Ju-gun, CEO of CEO Score, a local corporate tracker.

“This draws a stark comparison with cases of some chaebol family members seeking succession of power through illegal methods,“ he said.

Woowa Brothers’ Kim is the first Korean and the 219th person to join The Giving Pledge, which is the brainchild of Microsoft founder Bill Gates and prominent investor Warren Buffett.

“My humble beginning started on a small island in South Korea. During high school, I had to wait until guests left our family’s diner because there wasn’t a proper bedroom for me,” Kim wrote on The Giving Pledge website.

“I could barely afford the tuition to make my way through an art college. Having accomplished as much as I have in life can only be explained by good luck and God’s grace.”