[ The Korea Herald – Send E-mail ]
[Feature] Traditional music made hip
Gugak expands reach with innovations by young artists
By Im Eun-byel
Published : Feb 8, 2021 - 14:10
Updated : Feb 8, 2021 - 14:17
Gugak, traditional Korean music, is having a moment, buoyed by a growing appreciation from a wider audience both in and out of Korea.

While a new generation of gugak artists have been breathing new life into the centuries-old genre over the past few years, outreach to a broader audience had eluded them in a country where contemporary music, especially K-pop, dominates.

Recently, however, gugak has caught the attention of a broader audience with a wider spectrum of traditional music. 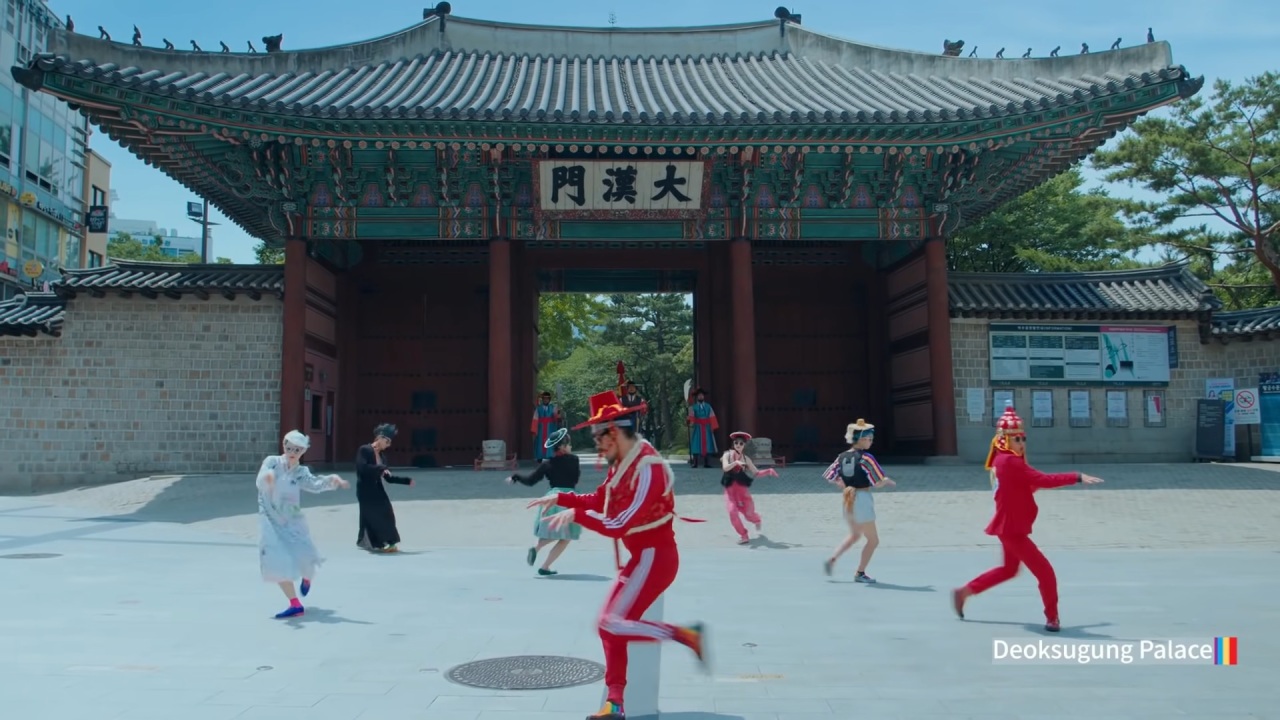 Scene from “Feel the Rhythm of Korea” (KTO)
Video may have killed the radio star, but it has given new life to gugak.

A new generation of gugak artists are targeting the millennials on digital platforms with dances and eye-catching visual effects.

The Korea Tourism Organization’s promotional campaign video series “Feel the Rhythm of Korea” has garnered more than 300 million views. The six videos, showcasing the main attractions in the cities of Seoul, Busan, Jeonju, Gangneung, Andong and Mokpo, feature a modern take on pansori, a traditional form of narrative singing.

While band Leenalchi’s catchy songs, which were inspired by pansori, featured in the videos became hits, it was the Ambiguous Dance Company dancers, clad in eye-catching red costumes, who gave new life to the music with their contemporary dance movements.

Comments such as “This is so hip,” “I have never seen something which is so Korean and hip at the same time” followed. 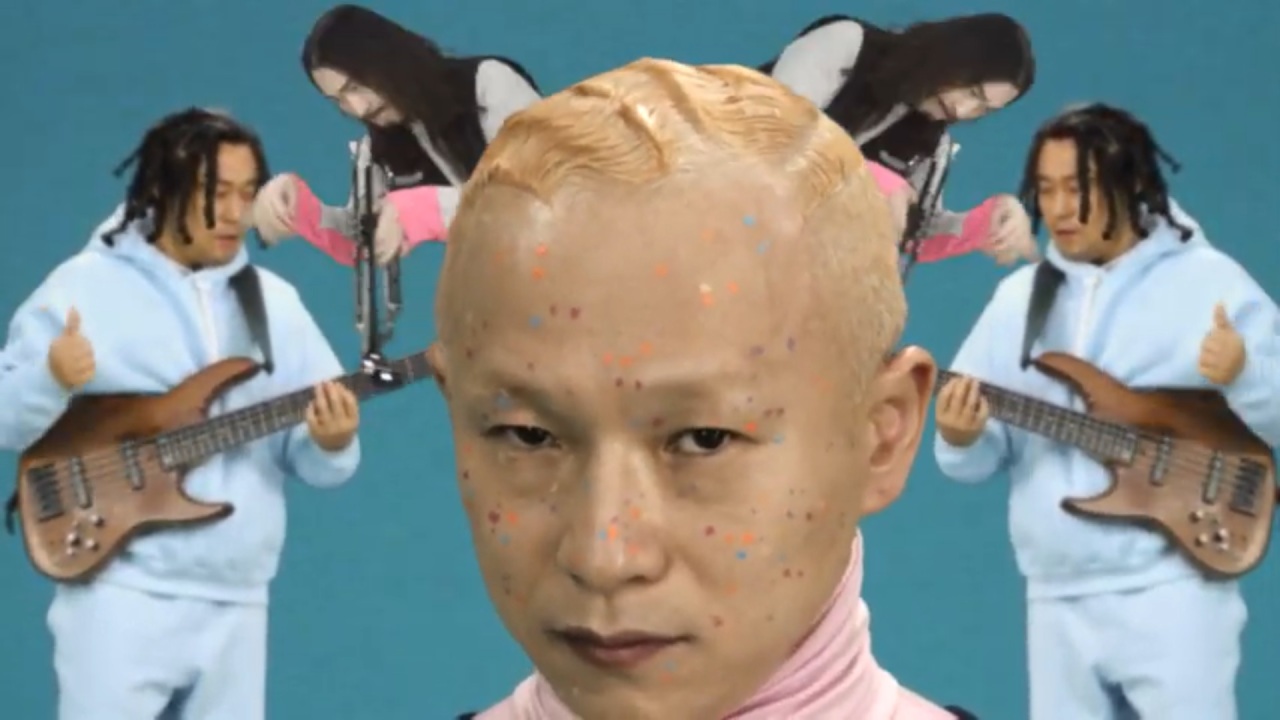 Lee Hee-moon in “Heosongsewol Maleola” (Ewon Art Company)
Pansori artist Lee Hee-moon, who recently released four new music videos through the “Not Alone” project, originally trained as a pansori singer. However, he is now known for presenting a new form of gugak, which combines the traditional form with pop music elements.

“The four videos can expand the spectrum of Gyeonggi minyo, a genre of gugak which has been neglected,” said Ewon Art Factory which is running the project.

Lee has always shown interest in unconventional curations. He and his glam rock band SsingSsing’s performance at the Tiny Desk Concerts series hosted by US public radio service NPR in 2017 went viral with the members in drag costumes singing gugak-inspired music.

Lee Ja-ram, another major artist recognized for her new approaches to gugak, will perform pansori alongside novelist Bae Myung-hoon at a talk concert scheduled for Feb. 20 at the Seoul Arts Center. Bae will read out excerpts from his pansori-inspired science fiction novel “Temporary Pilot” (unofficial translation).

The new trend in the delivery of gugak is similar to how K-pop music reached fans around the world. K-pop is more than just music, creating a complete experience with music videos, stage performances, fan events and more. 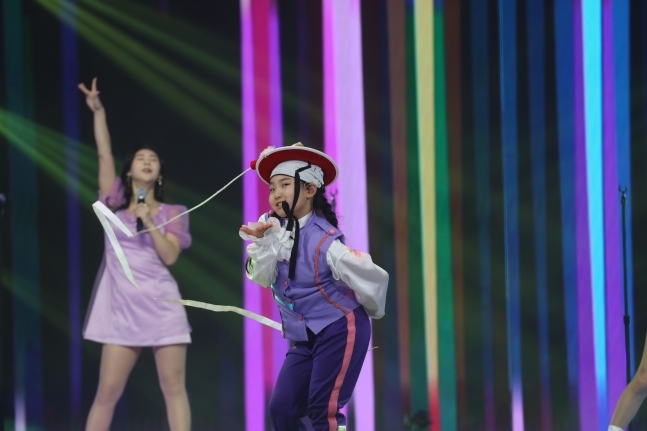 Though the “trot” music syndrome which has swept the country may at first seem irrelevant to gugak, many trot music stars on the small screen originally trained as gugak singers.

Kim Da-hyeon and Kim Tae-yeon who are competing in TV Chosun’s hit trot music audition show “Miss Trot 2” had made their names as gugak prodigies before joining the show. Hong Ji-yoon, one of the frontrunners in the same show, majored in pansori at Chung-Ang University.

The winner of “Miss Trot” in 2019, Song Ga-in, was born to a mother who is a master of pansori and had trained for gugak as well. Her strong gugak vocalization even while singing trot music became her trademark, bring Song to stardom after the show.

“It is hard to survive in the gugak scene. Competition is fierce everywhere, but it was a good choice to switch to trot music early in my career. There were difficulties, but it all turned out well. Also, I can promote gugak, too,” Song said in a recent TV interview about her switch to trot music.

Experts say gugak and trot music share similar vocalization and techniques. Also, some trot music songs from the early 20th century were influenced by the traditional folk music, making them relatively easy to approach for those trained in gugak.

“Learning about gugak at school, I thought gugak was boring. Also hanbok, I thought of it as an outdated costume that no one really wears anymore. But seeing how Blackpink wears hanbok in their music videos, and BTS’ Suga in ‘Daechwita’, my perceptions have changed. Tradition is hip,” said Bae Sung-hwan, a 25-year-old college student in Seoul.

Even the National Gugak Center -- a state-funded gugak institution -- has been noting the changes in how gugak is perceived, receiving inquiries about figures and works related to traditional music.

“The change may be in the audiences. Young artists have been presenting new types of gugak for some time. The efforts have finally begun to pay off as the younger generations are opening up to gugak,” said NGC spokesperson Lee Seung-jae.

“We are pursuing a two-track strategy. With the affiliated music troupes, we are presenting more traditional repertoires. For more innovate and diverse gugak presentations, we invite individuals and troupes outside of the center, giving them new opportunities to perform,” Lee said.