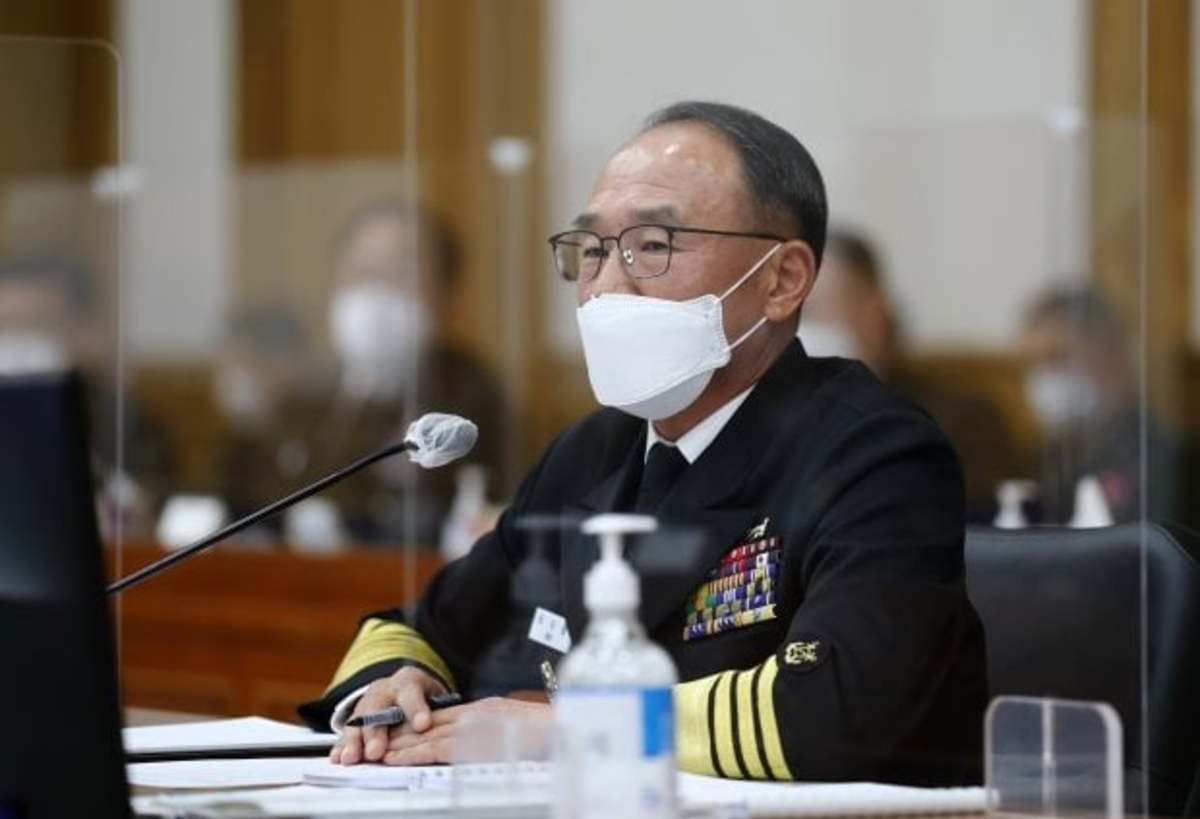 In this file photo, taken on Oct. 15, 2020, Navy Chief of Staff Boo Suk-jong answers a lawmaker's question during a parliamentary audit session at the Gyeryongdae military headquarters, 160 kilometers south of Seoul. (Yonhap)
The defense ministry on Tuesday launched an inspection into allegations the Navy chief failed to show up at an emergency meeting convened to discuss an officer who went missing earlier this month after having drinks that night, officials said.

On Jan. 9, a Navy officer was found dead after going missing near the western border island of Baengnyeong while on guard operations the previous day. His body was found in the Yellow Sea hours later.

The Navy convened an emergency meeting to monitor the situation at night on Jan. 8, shortly after the officer went missing, but Navy Chief of Staff Adm. Boo Suk-jong was absent from the session that is known to have continued until early the next day.

The Navy said Boo was briefed on the situation by phone and didn't head to the command and control center because incidents near the border area are monitored under the main control of the Joint Chiefs of Staff, with the Navy supporting rescue operations.

Hours before the officer went missing, Boo had a dinner with senior officers, with some raising speculation he might have been unable to go to the emergency meeting after drinking heavily during the dinner.

The Navy said that Boo only had a little to drink over the dinner and that the allegations were raised with a "malicious intention."

The defense ministry dispatched several officials to the Navy headquarters to confirm the facts surrounding the allegations.

The military has been restricting troops' vacations and off-installation visits to prevent the spread of the new coronavirus, with officers urged to cancel all nonessential gatherings. (Yonhap)