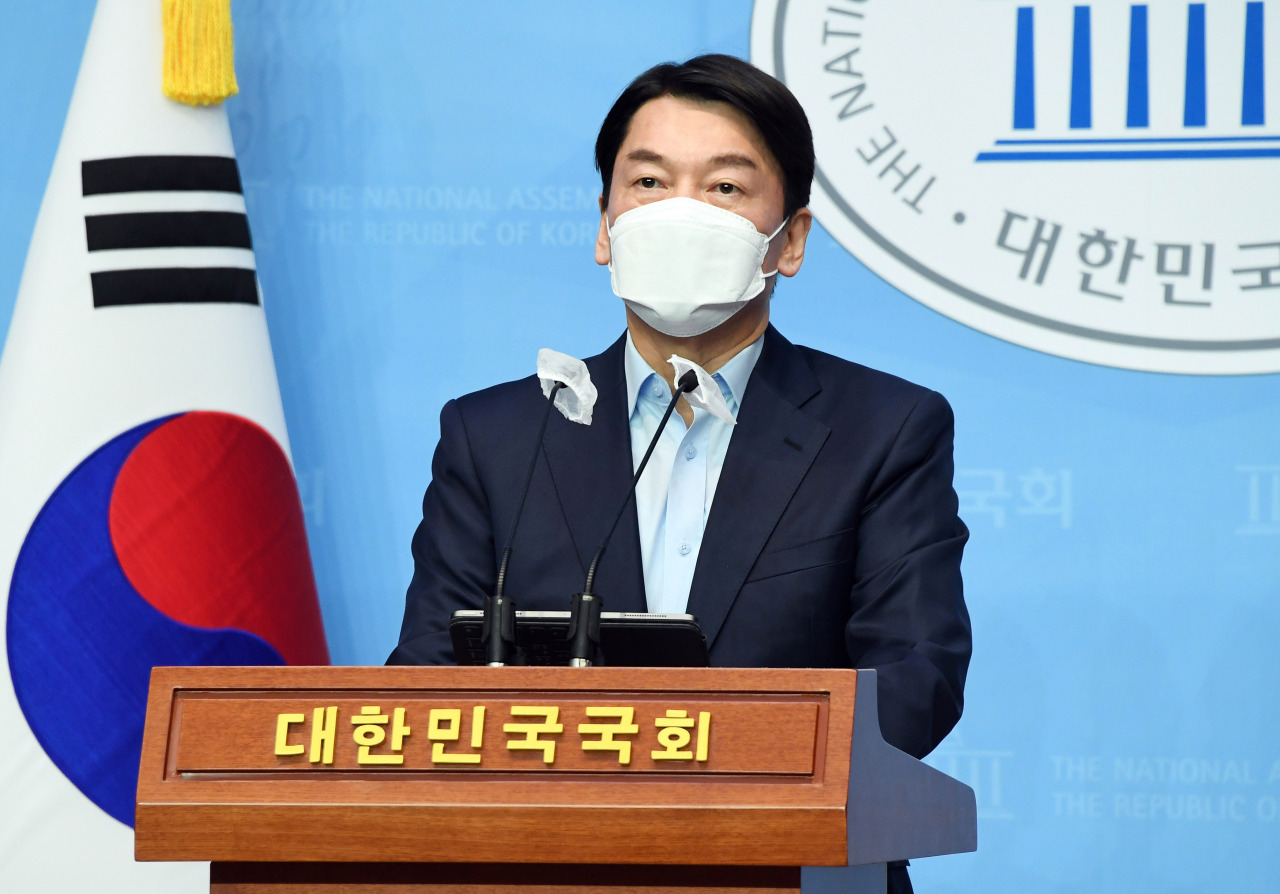 “I concluded that losing the Seoul mayoral election making it impossible to bring about an administration change must be prevented even if I have to throw myself (into the task),” Ahn said at a press conference at the National Assembly. The post of Seoul mayor, which has remained vacant since Park Won-soon’s suicide in July, will be filled after a by-election set for April.

Saying that winning the Seoul mayoral race is a key step toward winning the next presidential election, Ahn said he will unite the opposition bloc for the by-elections.

Ahn, who ran for Seoul mayor in 2018 and came in third place with under 20 percent of the votes, said he is open to any form of alliance among opposition parties as long as fair competition is guaranteed.

“Not only the People Power Party’s emergency committee chief Kim Chong-in, but I will collaborate and cooperate with anyone who agrees (on the need for) administration change,” Ahn said.

“I have realized that nothing changes without plunging the dagger of judgment in the heart of the administration,” Ahn said. He added that he would see the election through to the end to put an end to the exercise of unchecked power by the ruling Democratic Party and the Moon Jae-in administration.

Ahn, whose People’s Party has three lawmakers in the 300-seat National Assembly, also hinted that he would not run in the 2022 presidential election should his Seoul mayoral bid prove successful.

While Ahn has indicated his intention of becoming a unified opposition bloc candidate for the by-election, the main opposition People Power Party’s position on the issue remains unclear.

The People Power Party’s interim leader, Kim Chong-in, has in general been negative about Ahn as an opposition bloc figure, and his views appear largely unchanged.

Kim was quoted by local media as saying Ahn was “just one of the many people” who had announced their plans to run for Seoul mayor, and that he was unaware of Ahn’s decision.

“There are numerous people who have decided to run for Seoul mayor,” Kim was quoted as saying by local media.

“There are five people within our party who say that they will run, and Chairman Ahn is another one of such people.”