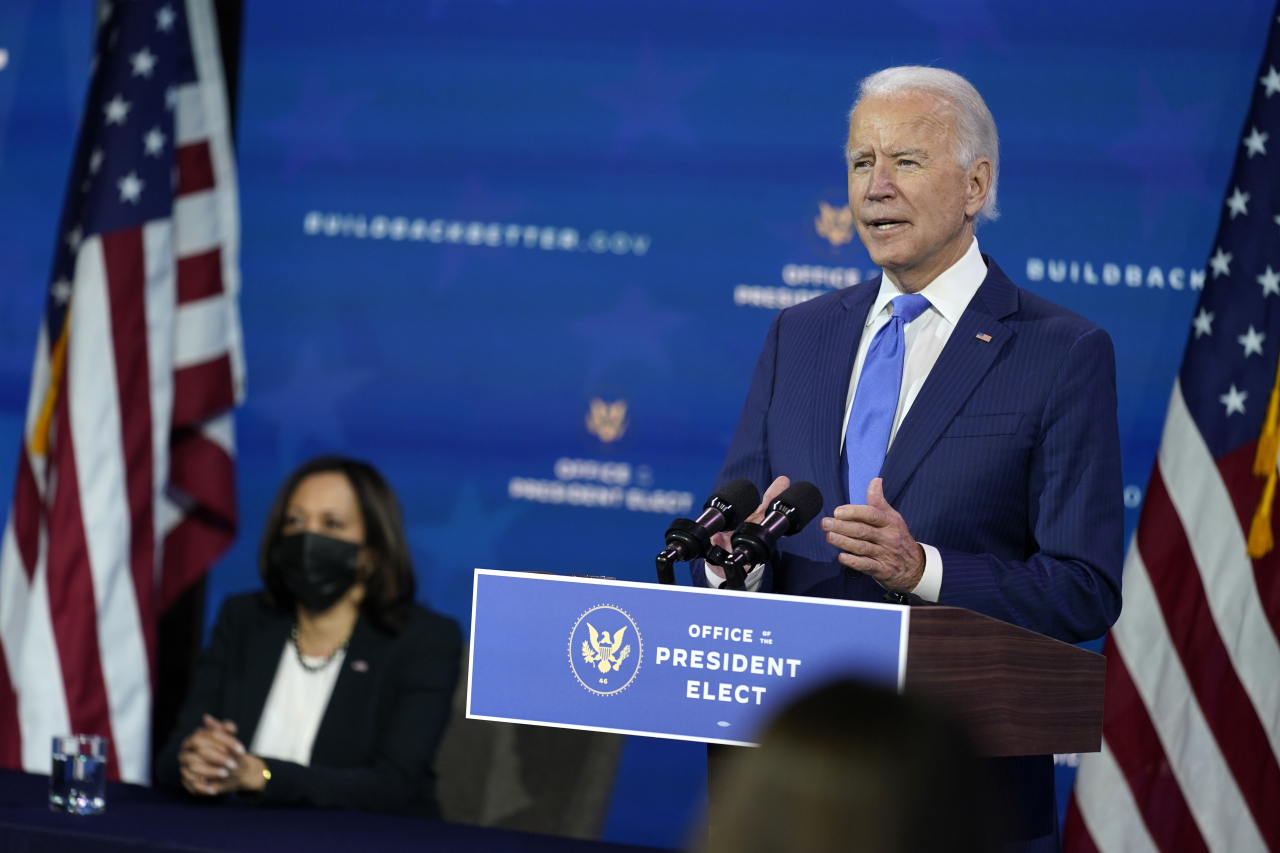 The foreign ministry official made the case, pointing out that the Biden administration might be unable to pay enough attention to the issue of North Korea in its early months as it could be focused on domestic matters first.

"We need to send a positive message that there is willingness to resolve the issue through dialogue. Showing the North that the US is interested in the issue has merit," the official said on condition of anonymity.

To deliver that message more clearly, one possible move the Biden administration can take is to announce its new point man for North Korea at an early date, the official noted.

"In that way, we could hope that the North would think that the US is not uninterested in them," the official said.

Nuclear dialogue between the North and US remains deadlocked after their Hanoi summit in early 2019 collapsed without a deal.

They failed to bridge the gap over the scope of the North's denuclearization and concessions by Washington in return.

The official said that Pyongyang is very likely to launch a provocation when it judges that the regime is not on Biden's primary agenda.

The incoming Biden administration already faces a string of domestic problems to deal with, such as tackling the coronavirus pandemic and social division from racial injustice.

Noting that it will take time for Biden's foreign affairs team to flesh out its North Korea policy, the main task for Seoul now is to focus on keeping the situation under control and working with the ally to make sure Washington sends out that message, the official said. (Yonhap)