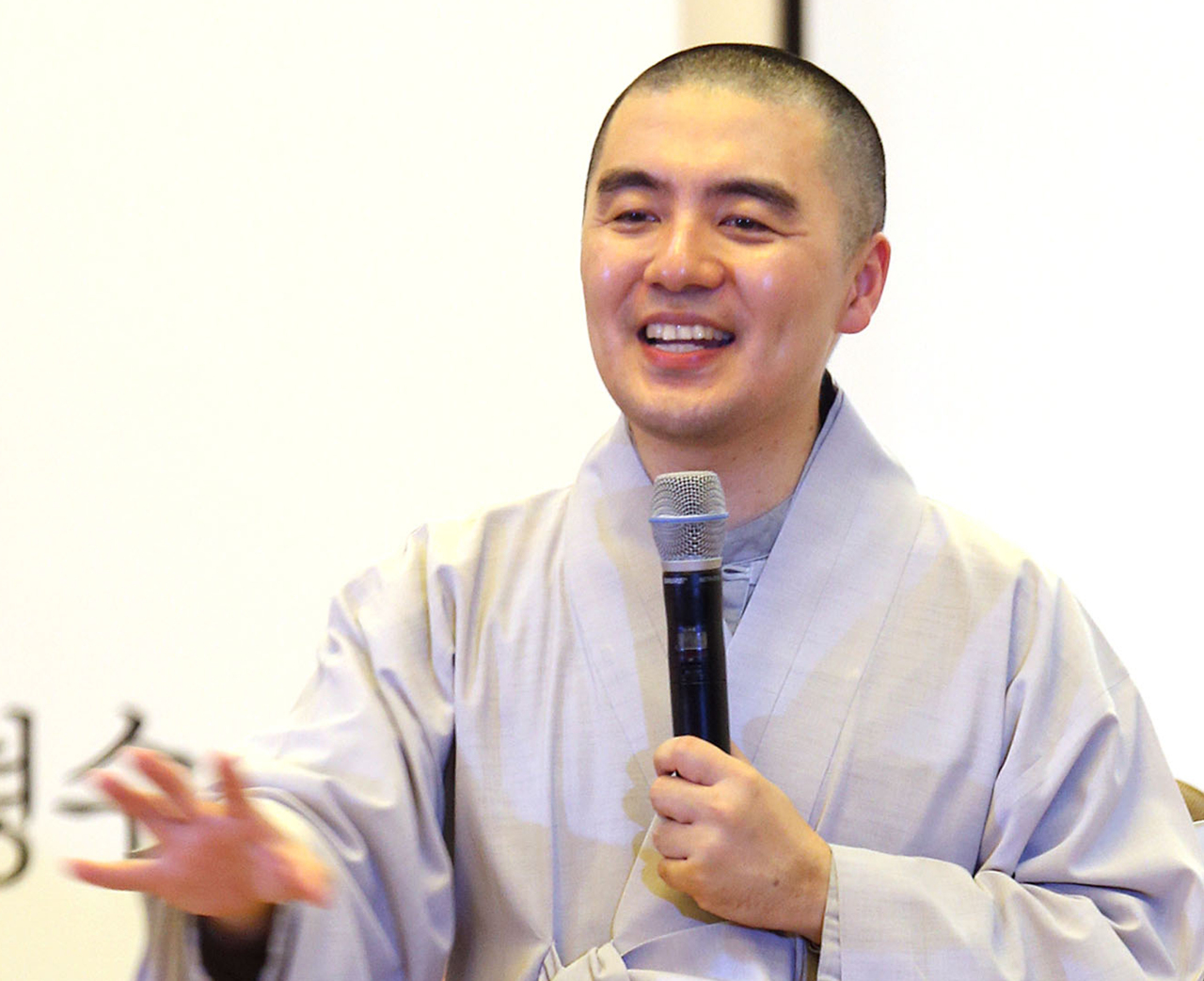 Ven. Haemin (Yonhap)
A popular Buddhist monk, who has faced public criticism over his lifestyle that appears to contradict his preaching of non-possession, belatedly apologized Thursday over another controversy over an apartment in New York believed to be owned by him.

Ven. Haemin, also an author and teacher, has recently faced widespread criticism over his posh private home in central Seoul, and a subsequent news report claimed that he made gains by selling a building to a Buddhist organization allegedly run by him in the past.

Further allegations arose earlier this week that he had purchased an apartment complex in Brooklyn, New York, together with a foreign national in May 2011, for the price of $610,000.

In a letter sent to Yonhap News Agency on Thursday, he again apologized over the latest revelation and said that he will try to live a monastic life, without clarifying whether he actually owns the property.

"I could not immediately respond as I was so ashamed of and embarrassed by my life, and I was also honestly scared," he said.

When news of his personal wealth broke last month, Ven. Hemin said he would stop all public activities, study Buddha's teachings again and devote himself to prayer and practice.

Born in South Korea, the Zen monk in his mid-40s studied at UC Berkeley, Harvard and Princeton and taught Asian religions at Hampshire College in Massachusetts for seven years. He is now a US citizen.

Ven. Haemin is a bestselling author, with his first book, "The Things You Can See Only When You Slow Down" (2012), translated into more than 35 different languages and selling more than 4 million copies, according to his homepage.

He has run The School for Broken Hearts, a Seoul-based nonprofit meditation academy and psychological counseling center, since 2015 and has recently launched a meditation mobile app service. (Yonhap)